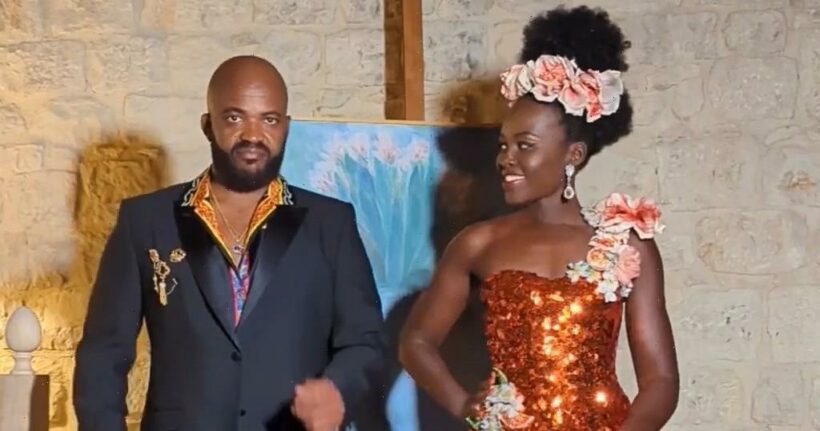 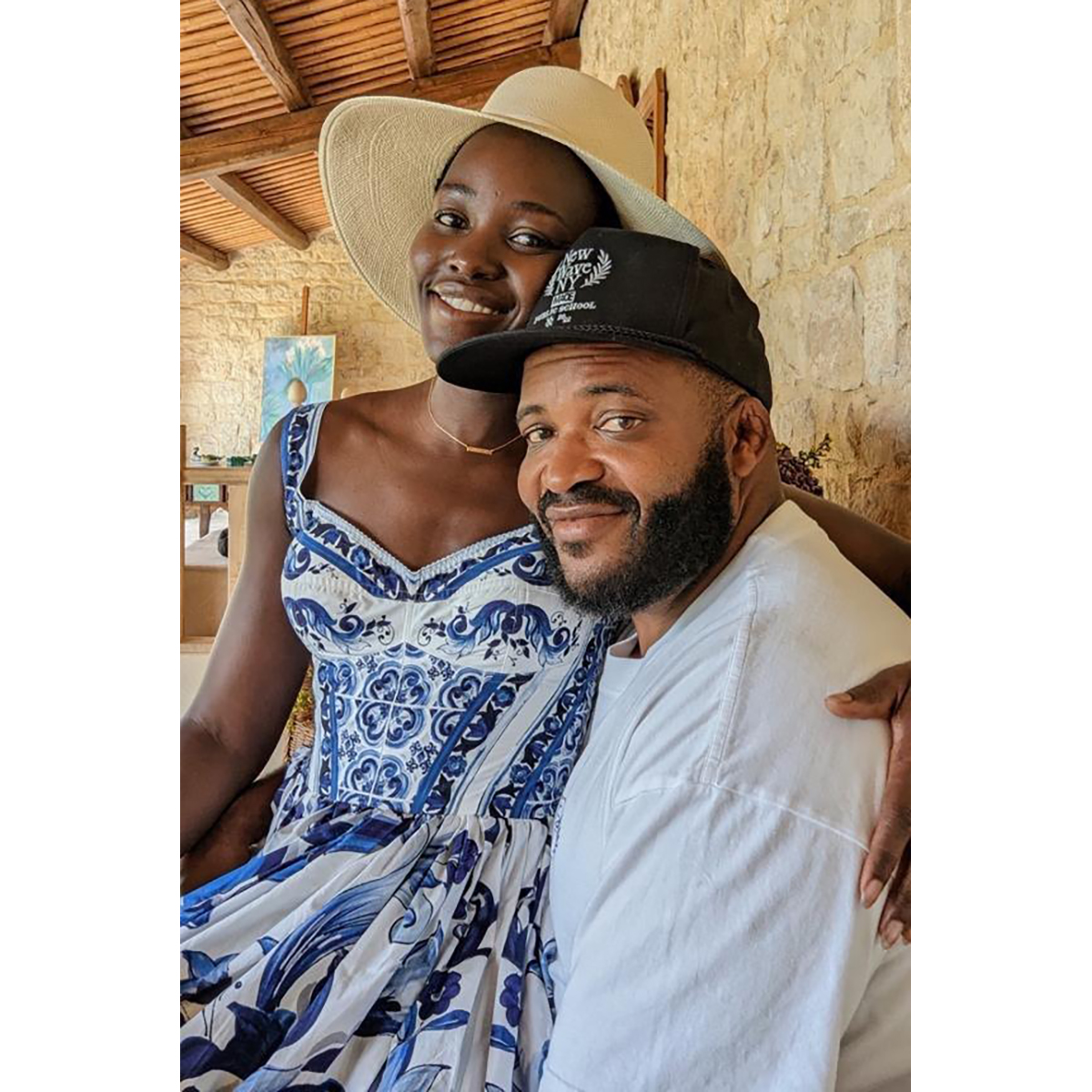 Happy together! Lupita Nyong’o has found love with TV host Selema Masekela — and they are already in complete sync.

In the couple’s Instagram debut, they began by wearing matching blue-and-white printed robes. Nyong’o and the sports commentator, 51, then showed off their purple leopard-print swimsuits, yellow formalwear and orange ensembles. 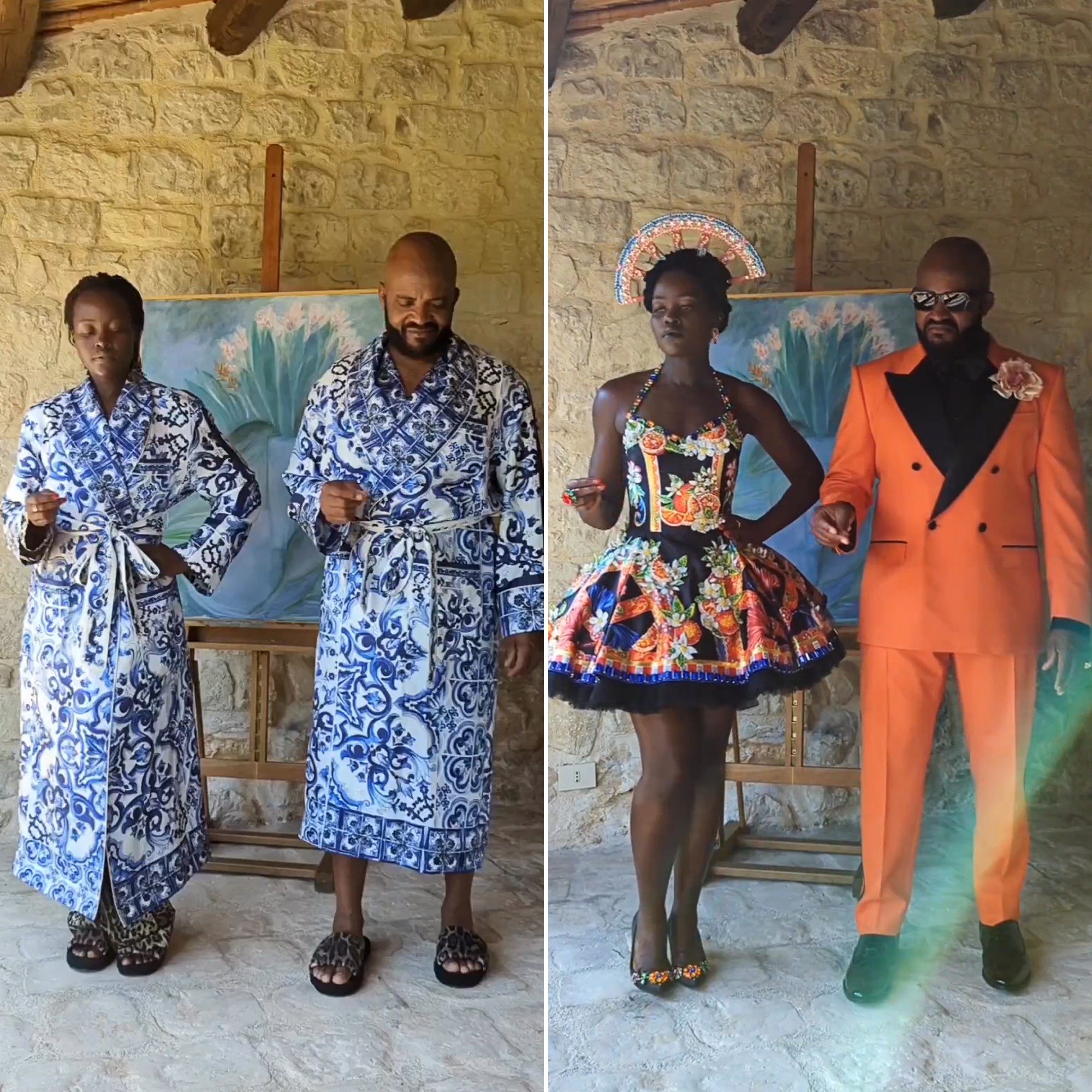 Masekela, for his part, shared the same social media video on his page with a sweet caption dedicated to his girlfriend. “Hearts are synched. My whole and actual love @lupitanyongo. ❤️❤️❤️,” the Alekesam founder wrote on Friday.

Celebrity Couples and How They First Met: Love Story Beginnings

“LOVE WINSSSSS ❤️❤️❤️❤️❤️ and that’s that on that! love you both to the moon,” the former Teen Vogue editor, 31, replied via Instagram comment on Friday.

The 12 Years a Slave actress and Masekela have not revealed when or how they first connected, but the New York native previously has been vocal about his interest in Nyong’o.

“Hypothetically speaking of course…let’s say you’re seated behind Lupita Nyong’o on an airplane, what would be your opening line?” Masekela tweeted in April 2016. “Anyone comes up with a good opener for me with Lupita Nyong’o, send em. Cause I’m really sittin’ right behind her on this flight. #stumped.”

After the musician asked for advice to impress the Kenya native, he liked one idea in particular. 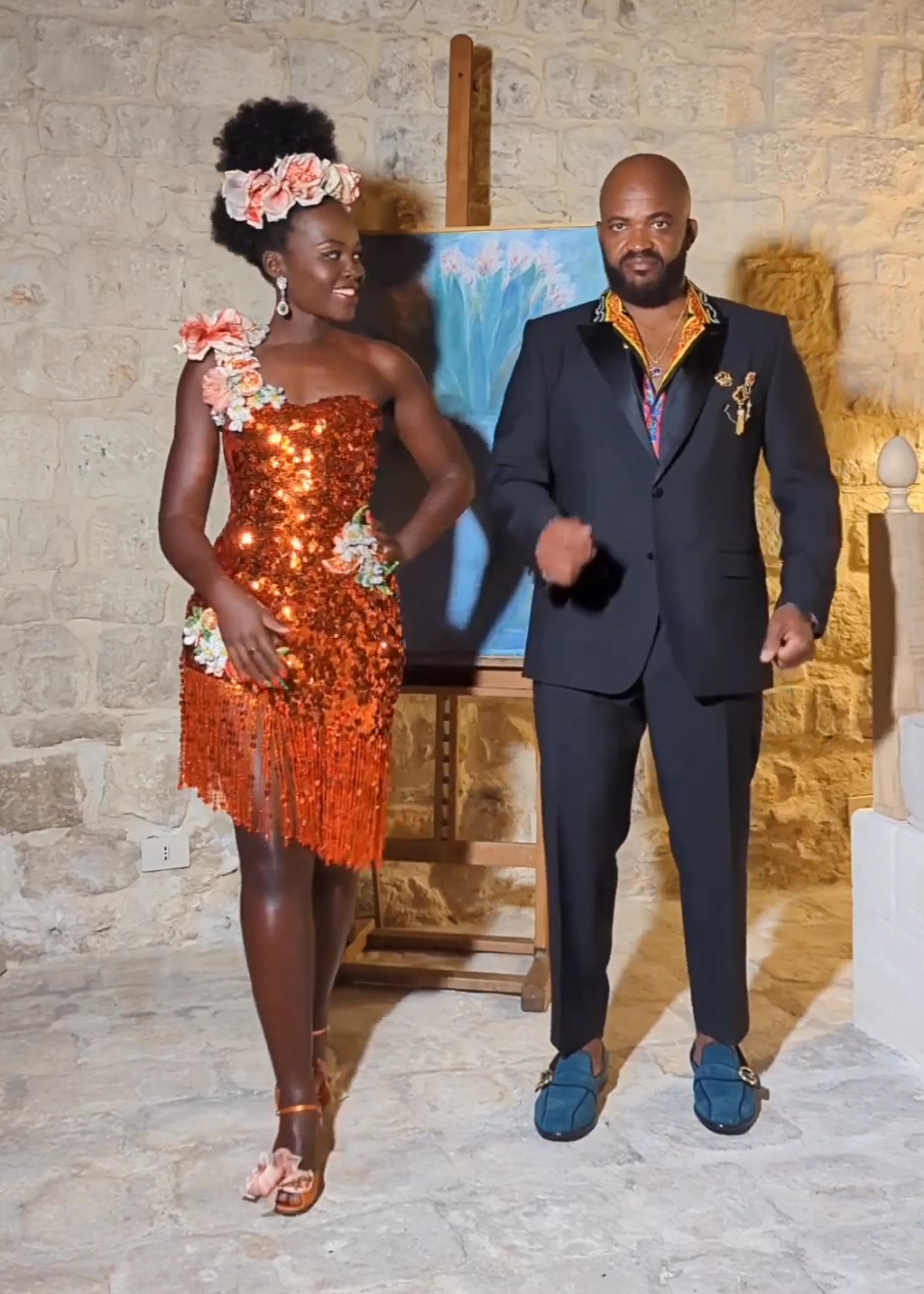 “Say hello, wait for her to respond. Tell her [your] dad shouted her out at a performance & freestyle from there,” a social media user replied at the time.

Masekela retweeted the suggestion, noting: “Yes!!! Well played. I will use this one. #playthedadcard @Lupita_Nyongo.”

‘Avengers’ 5 and 6! Daredevil’s Return! Every Marvel Release Date So Far

Prior to connecting with Masekela, Us Weekly exclusively revealed in March 2014 that the Queen of Katwe alum was dating K’naan (real name Keinan Abdi Warsame). Us confirmed one year later that the pair had split before Nyong’o moved on with fashion editor Mobolaji Dawodu. She later sparked romance speculation with Jared Leto.

“He’s still on speed dial because we were on that [Oscar campaign] journey together and he’s so embracing of me,” she told Net-a-Porter in March 2019 of the 30 Seconds to Mars crooner, now 50. “There was an intimacy that grew from that, that goes beyond the dating rumors, beyond all that.”

Neither Nyong’o nor Leto further addressed the nature of their supposed relationship.