Laughing at himself! George Clooney knows that his 1997 turn as Batman isn’t super popular among comics fans, but he isn’t afraid to poke fun at his time as the Caped Crusader.

While promoting his new movie, The Tender Bar, the 60-year-old Oscar winner answered a question about whether he’d ever do another superhero movie. “I did one superhero movie and I f—ed it up so bad they won’t let me near the set,” the actor joked during a Q&A session in New York City on Wednesday, October 13.

He added that he didn’t “want to get into all the bat nipples,” referencing the infamous costume that has been the butt of many jokes over the years. 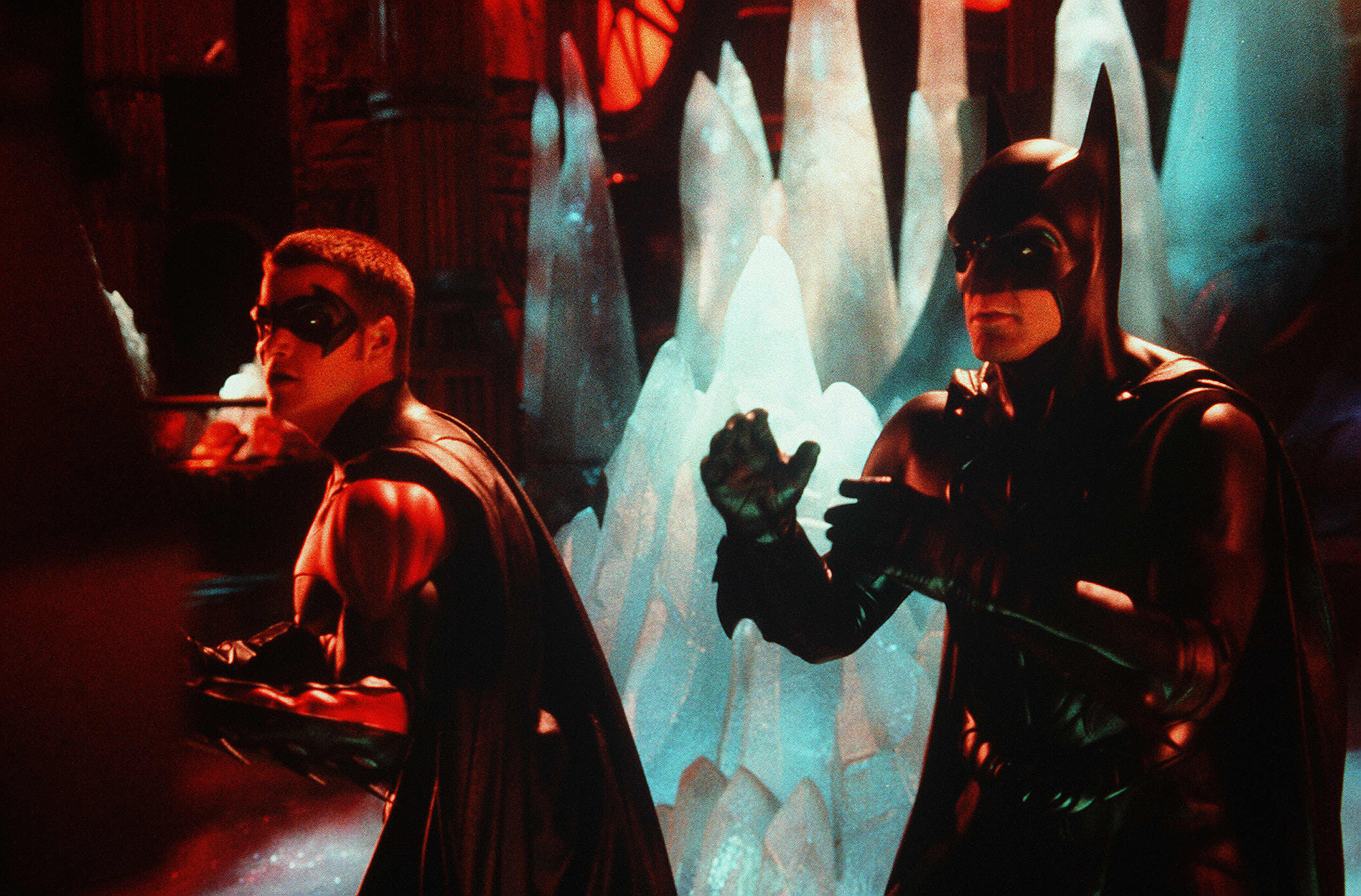 Earlier this month, the Ocean’s Eleven actor revealed that he won’t let his wife, Amal Clooney, watch the much-maligned Batman movie because he’s afraid it will make her see him in a different — and unflattering — light.

“There are certain films I just go, ‘I want my wife to have some respect for me,’” he told Variety in October, adding that he’s not sure he wants the couple’s 4-year-old twins, Ella and Alexander, watching the movie despite the fact that they’ve expressed interest in seeing it.

“It’s bad when your 4-year-old kid goes, ‘This sucks,’” Clooney quipped. “That could be painful.”

After news broke that Ben Affleck and Michael Keaton were working on a new movie version of The Flash, Clooney joked that they didn’t ask him to participate. “When you destroy a franchise the way I did, usually they look the other way when The Flash comes by,” he quipped to Variety in October.

Last year, the Golden Globe winner told Howard Stern that “physically hurts” him to watch his “terrible” performance in the film, which was nominated for 11 Razzie Awards (but won only one).

“The truth of the matter is, I was bad in it,” Clooney told the radio host, 65. “Akiva Goldsman — who’s won the Oscar for writing since then — he wrote the screenplay, and it’s a terrible screenplay, he’ll tell you. I’m terrible in it, I’ll tell you. Joel Schumacher, who just passed away, directed it, and he’d say, ‘Yeah, it didn’t work.’ We all whiffed on that one.”