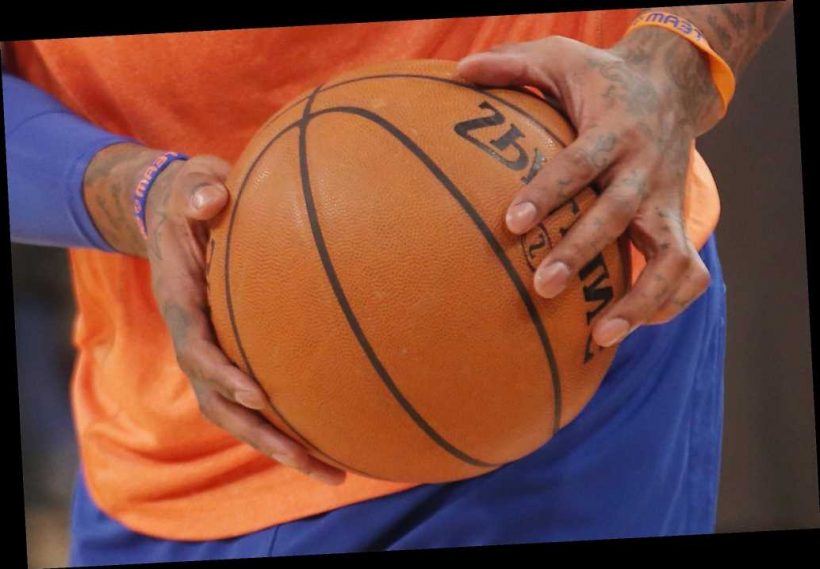 MLB caves to its problems instead of fixing them

See them in action? Leading a fast break, making a crucial block or a steal, scoring a huge basket, making a fabulous pass, rebounding their misses, playing chest-to-chest defense, doing whatever it takes to make their teams winners, champions.

How many of these historic masterpieces in your cherished throw-back action memories include the vision of a 3-point shot, any NBA great choosing as his first option to throw up a 3-point bomb? I’ll guess none, as in zero.

But like most added artificial wrinkles and novelties in sports and Kardashian chronicles, the 3-point shot has far surpassed its intent. It’s now the Frankenstein monster, turned on its creators and feeders to destroy them.

By the time this NBA season ends, the average number of 3s taken per game will be close to 80, nearly half the field goal attempts per game. Twenty years ago ,the average total taken per game was 13.7; in the 1990s, about five per game were standard.

“Everyone has fallen in love with the 3-ball,” Frazier lamented three seasons ago on an MSG Network Knicks game. Only now it’s worse.

Last week, Warriors at Mavericks, the teams combined to take 93 3-pointers. Advertised as a professional basketball game, it took all the planning and strategic genius of feeding a pen of hens. It wasn’t a game, it was real-life satire, a goof, with many more to come.

Thursday, the Rockets lost to the Heat in a game starring 92 3-pointers — including 50 of 83 field goal attempts by Houston.

Locally, 7-foot Knicks center Mitchell Robinson openly complained that he wasn’t being allowed the opportunity to take 3-point shots. He leads the team with 3.5 offensive rebounds per game, but wants to show off his stuff far from the basket.

The Knicks had already wasted a first-round draft pick on 7-foot-3 Kristaps Porzingis, who considered himself a shooting guard with a killer 3. Last season, with the Mavericks, in 57 games, he attempted 403 3s, and, at 7-3, averaged a paltry 1.8 offensive rebounds, roughly as he did with the Knicks.

The Knicks had a very eager, willing and effective offensive and defensive rebounder in Enes Kanter, who revealed that then new and now former Knicks coach David Fizdale wanted him to abandon what he did best on offense to take more 3-point shots.

Again, this is not — nothing even close — to what the NBA intended. In my estimation, it’s killing the game, making it predictably redundant, unimaginative and starved for the kind of play and players that made the NBA great — back when all field goals were worth 2 points, back when there was a good reason to use one’s signature sneakers to run a fast break.

Kaepernick, Root are two sides of the radical coin

Clowns to the left of me, jokers to the right:

And that brings us, oddly enough, to Colin Kaepernick, known throughout the United States for his on-field, pig-socks demonstrations against police brutality, then for selling out to communist China mud-cheap labor-reliant Nike.

Like Kaepernick, I deplore cops who act outside our laws, but while he’s known for his anti-cop brutality grandstanding, how many know that he supports an organization named in honor of a cop-killer?

But such facts are left unreported by those who would choose to ignore them.

On the topic of political ignorance, Wayne Root, widely identified as an “arch conservative TV and radio host” — he has appeared per invite on Fox News and MSNBC to discuss his positions — last week was suspended from Twitter as an incendiary nut.

But Root, as a career scamdicapper, one who for over 20 years has promised suckers sports winners in exchange for their dough and as a shameless boiler room operator, should’ve long ago been banned from all responsible, vigilant media.

He still pulls laughs from Vegas sports books for billing himself “The King of Vegas Sports Handicappers” and recently proudly announced that he’s teaming with Pete Rose to share their gambling touts and other expertise.

He has also misrepresented himself as a former N.Y. Daily News columnist — baloney, he had a weekly three-paragraph pick box, loaded with losers — and a fellow who “Knows the Winners of Horseraces Before They’re Run.”

Different route to a rout

Note to Connecticut women’s Coach Geno “The Stomper” Auriemma: If you’re going to blow a team out — if it’s such a mismatch you can’t help it — there are humane ways to do it. Last week, 11-3 Southern Utah defeated 1-10 San Diego Christian, 109-50. The only Southern Utah man to play more than 20 minutes was a senior off the bench. Twelve Southern Utah players were in for double-digit minutes.

I blew it, the NFL blew it, CBS blew it, the Chiefs blew it. This Super Bowl was pregame-scripted and played without a mention of former star Chiefs running back Joe Delaney, who in 1983 died at 24 trying to save two kids from drowning. Surely, many watching had forgotten him or never knew of him.

Best shot of the week was provided by Islanders’ TV director, Joel Mandelbaum. Thursday, after the Isles’ Jean-Gabriel Pageau scored at home, the artificial sound of cheers was switched on. At that point, the truck cut to a shot of about 200 frozen-faced cardboard Islanders fans.

CBS and its websites have joined the mad rush to sell sports gambling, with CBS’s expert touts the latest “best” in the business. Perhaps that’s why a message recently flashed from CBS Sports that though “West Virginia is a 2-point favorite [at home] vs. Kansas, it hasn’t beaten KU since [all the way back in] 2019.”

Now we travel a year forward: NBC’s golf coverage Super Bowl Sunday reminded viewers that next year’s will be on NBC. “Good thinking,” writes reader David Distefano. “A year from now we may not be able to figure out what channel the Super Bowl is on.”