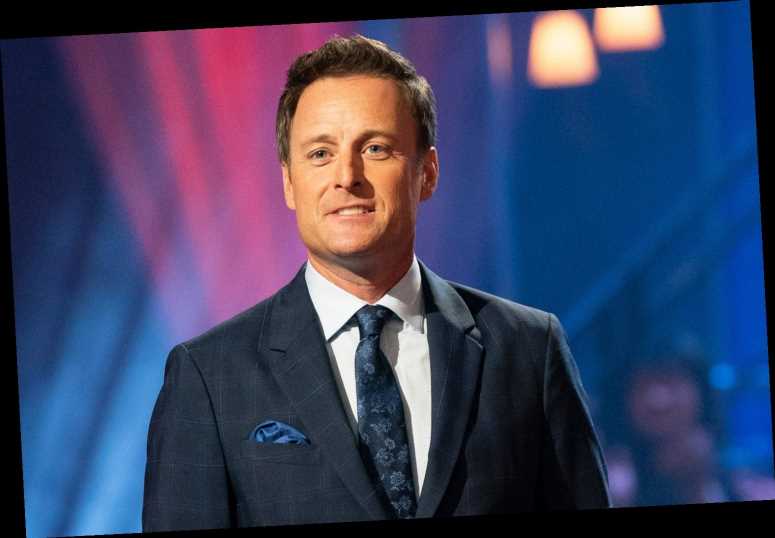 The Bachelor's Chris Harrison said he will be taking a break from the franchise as he apologized for a second time for perpetuating racism within the franchise.

"I have spent the last few days listening to the pain my words have caused, and I am deeply remorseful. My ignorance did damage to my friends, colleagues and strangers alike. I have no one to blame but myself for what I said and the way I spoke," he wrote in a lengthy statement shared on Instagram Saturday.

"I set standards for myself, and have to meet them. I feel that with every fiber of my being. Now just as I taught my children to stand up, and to own their actions, I will do the same," Harrison, 49, added. "By excusing historical racism, I defended it. I invoked the term 'woke police,' which is unacceptable. I am ashamed over how uninformed I was. I was so wrong."

"To the Black community, to the BIPOC community: I am so sorry. My words were harmful. I am listening, and I truly apologize for my ignorance and any pain it caused you," he added. "I want to give my heartfelt thanks to the people from these communities who I've had enlightening conversations with over the past few days, and I am so grateful to those who have reached out to help me on my path to anti-racism."

In an effort not to overshadow the current season of The Bachelor, Harrison has said that he "will be stepping aside for a period of time" and will not appear in the After the Final Rose special.

"The historic season of The Bachelor should not be marred or overshadowed by my mistakes or diminished by my actions. To that end, I have consulted with Warner Bros. and ABC and will be stepping aside for a period of time and will not join for the After the Final Rose special," he continued.

"I want to ensure our cast and crew members, to my friends, colleagues and our fans: this is not just a moment, but a commitment to much greater understanding that I will actively make every day," he added. "From here I can only try to evolve and be a better man, and I humble myself before all of you. I hope I will again live up to the expectations you all rightfully have for me and the expectations I have for myself."

The controversy began when Rachel Kirkconnell, a contestant on Matt James' currently airing season of The Bachelor, was called out for old social media posts which saw her dressed in Native American attire as a costume and attending an antebellum plantation-themed ball. She has since apologized.

Harrison addressed the situation on Tuesday during an Extra interview with Rachel Lindsay — who became the first Black Bachelorette in 2017 — saying that people should have "a little grace, a little understanding, a little compassion" for Kirkconnell.

After his comments prompted a backlash among fans — even resulting in a petition calling for him to be removed from the franchise — Harrison released a statement the next day, apologizing for "wrongly speaking in a manner that perpetuates racism."

"I will always own a mistake when I make one, so I am here to extend a sincere apology. I have this incredible platform to speak about love, and yesterday I took a stance on topics which I should have been better informed," he wrote. "What I now realize I have done is cause harm by wrongly speaking in a manner that perpetuates racism, and for that I am so deeply sorry."

However, during Thursday's episode of the Higher Learning with Van Lathan and Rachel Lindsay podcast, Lindsay said that she's having "a really, really hard time" accepting the apology.

"When I finished that interview with Chris Harrison, he had no problems with it," she said. "He was fine. He texted me after. He appreciated the conversation. … He was like, 'Yeah, I'll probably get a little flack,' but thought it was great that we could disagree but do it in a civil way." Since then, a number of Bachelor stars have spoken out in support of Lindsay, including Matt James, the first Black bachelor, as well as Tayshia Adams and Dale Moss.

On Thursday, the 25 BIPOC contestants from James' season also issued a statement via Instagram.

"We are the women of Bachelor season 25. Twenty-five women who identify as BIPOC were cast on this historic season that was meant to represent change. We are deeply disappointed and want to make it clear that we denounce any defense of racism," they wrote in part.

"Rachel Lindsay continues to advocate with 'grace' for individuals who identify as BIPOC within this franchise," they continued. "Just because she is speaking the loudest, doesn't mean she is alone. We stand with her, we hear her, and we advocate for change alongside her."

The following day, a group of male contestants from the most recent season of The Bachelor, led by Clare Crawley followed by her mid-season replacement Tayshia Adams, issued their own statement.