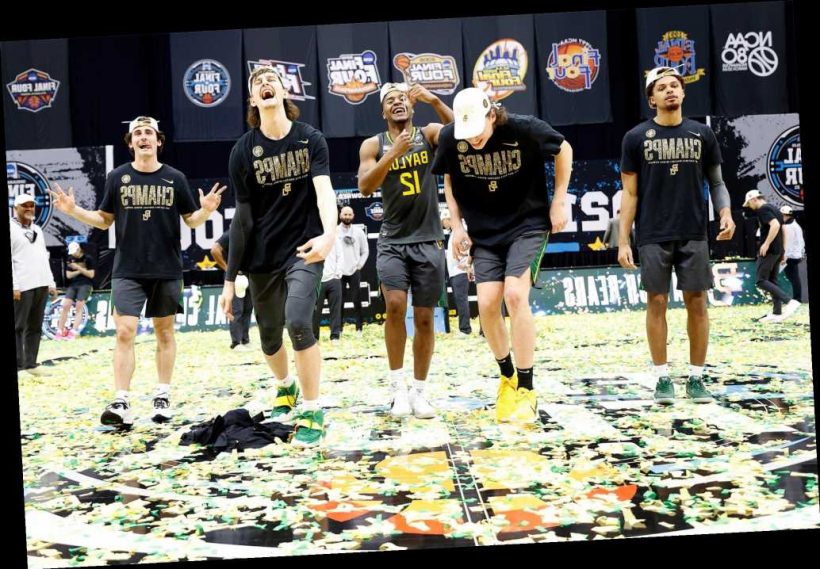 Jalen Suggs' parents not surprised by his March Madness heroics

UCLA's only 'edge' may give it a chance to beat Gonzaga

The Baylor Bears wanted this moment, this night, this stage … this opponent.

For two years they were on a mission to show the college basketball world that they, not Gonzaga, not anyone else, were the best team in the land.

For 73 years, really, the last time the school had reached the national championship game, only to lose to Adolph Rupp and Kentucky at the Garden.

Baylor stormed out of the gates like an enraged Clubber Lang with the first nine points of the game, driven to unceremoniously strip it away once and forever.

Baylor, the dominant 86-70 winner, was a team possessed and a team obsessed.

And when Gonzaga made it’s inevitable run, when Gonzaga whittled a 19-point first-half deficit to nine early in the second half, the Bears stood their ground, and growled in no uncertain terms: GONEZAGA.

“They punched us in the mouth right at the gitgo,” Corey Kispert said, “and it took a long, long time for us to kinda recover … and by then it was too late.”

And staggered the Zags and left them bloody and bowed and 31-1.

No one could possibly have imagined Scott Drew standing atop a ladder with scissors in hand cutting down a net on the last Monday night of the college basketball season at Lucas Oil Stadium, his mentor and father Homer Drew applauding for him and his marvelous team.

He had bet on himself when he arrived in Waco in 2003 and won, waded into what had been a cesspool of scandal, resurrected a program ravaged by the murder of one its players by a teammate, took it out of hell all the way up to hoop heaven.

After all the darkness, he deserves this One Shining Moment.

Baylor deserves this One Shining Moment.

There has never been a rebuilding job like this in college basketball.

He doesn’t have to listen anymore to the naysayers who don’t think he can coach.

“You don’t get these opportunities often,” Drew said, “and when you do, you gotta make the most of ’em, and I thought we were really on a mission to make the most of it. If we’d lost we wanted to have no regrets.”

This was a victory for Defense Wins Championships.

And a will to win.

The team that had been diminished by its three-week COVID pause in February … peaked at the perfect time to deny perfection.

They were turned into Larry Bird’s 1979 Indiana State Sycamores, who lost to Magic Johnson’s Michigan State Spartans in the championship game.

“You really do forget what it’s like to lose,” Kispert said. “I’m gonna remember for a long time.”

The Bears were more physical, and out-toughed and out-hustled and out-rebounded the Zags from the start.

They had hit their first five 3s and were playing at a different speed with a different tenacity and intensity and by the time the Zags realized what hit them, it was 29-10.

Jalen Suggs committed two early fouls and his miracle shot that sent UCLA home quickly seemed like a distant memory. He was scoreless until 6:47 remained in the half. He was sobbing when his one-and-done collegiate career ended.

Who were these guys?

If it wasn’t stagefright, then UCLA must have drained them of their fight. Mark Few discounted that, but fatigue makes cowards of us all.

Late in the first half, the Zags remembered who they are.

Few had already known the pain and regret of taking Gonzaga to the 2017 national championship game against North Carolina and wondering if One Shining Moment would ever be his someday.

He knows it twice now.

“A really, really tough one to end a storybook season on,” Few said, “but they beat us in every facet of the game tonight.”