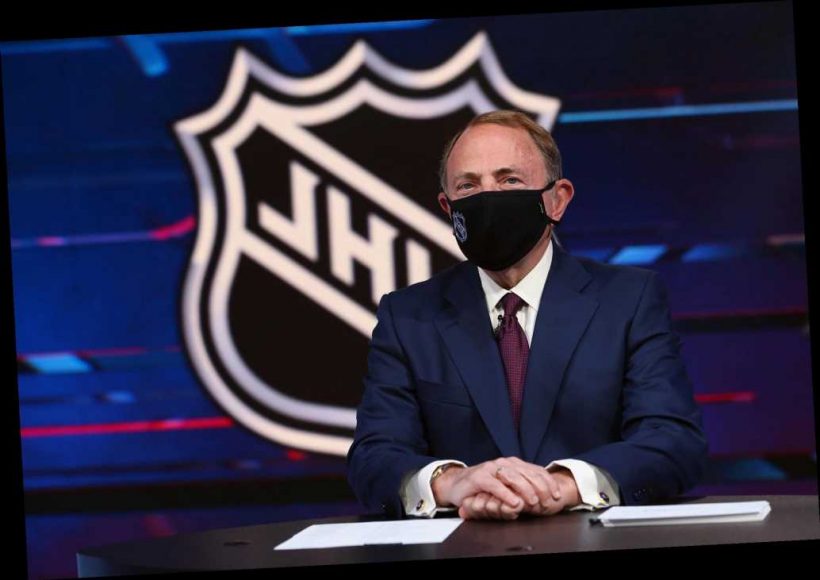 Rangers should be ashamed of this start

Alexis Lafreniere's NHL debut will be unlike any other

Rangers 2021 NHL preview: Playoffs reasonable at this stage of rebuild

Because not only won’t you receive so much as a penny leading up to the start of a severely truncated season set to begin on Feb. 5, once the AHL does get underway there is no telling what you will be paid on a prorated contract. There is no current agreement in force between the PHPA (Professional Hockey Players’ Association) and the league’s governing bodies.

Three teams have opted out of 2020-21, leaving 28 clubs to play the season. The schedule will differ by division. Some teams will play as few as 24 games. Others may play as many as 42. Most two-way contracts mandate salaries in the range of $70,000.

And in addition, these players have not been paid since receiving their final 2019-20 paychecks in the middle of April. That’s nine months. It may be nobody’s fault, but there is a crisis consuming the bedrock of the NHL’s development and it is crushing a wave of prospects.

“There is no one to blame, but I would hope the NHL and NHLPA would recognize the dire financial and mental situation so many of the AHL players are in at this point,” Larry Landon, the PHPA executive director, told Slap Shots on Saturday. “These players are maxed out on their credit lines, they have piled up debts since the end of last season and they are fearful of what awaits them.

“Our players are filled with anguish and anxiety. Our office has received numerous calls from players and their wives, crying about what is an unpalatable situation. Players may not be able to afford rent. They can’t get four-month leases on apartments. They’re eating fast food. Is this what anyone wants?

“And this is happening in the midst of the pandemic,” Landon said. “We’re going to have situations where we’re going to have four-to-six players in a two bedroom apartment, which increases the risk of them getting COVID.

“That’s not healthy. That’s unsafe. There’s a legitimate fear attached to this. We’re putting these players at risk.”

Landon quoted a figure of $8 million that would make all the difference in the world for the athletes who, as he correctly put it, “are the next wave.”

“The AHL is the best development league in the world,” Landon said. “Ninety-one percent of the NHL comes out of the AHL. These players are the NHL’s future. And they need help.”

Again. The AHL is three weeks out from its start date and no one knows how much anyone will be paid. What everyone does know, however, is that it won’t be nearly enough. We’re not talking about gifting these kids with millions so they can flaunt their luxury items while building social media brands. No. We are talking about providing the semblance of a living wage to these young men so they can support themselves and their families while pursuing their dream.

“We are three weeks out and I have to tell the players and wives who call into the office that we still have more questions than answers,” said Landon, his voice infused with emotion. “That’s been our vocabulary for six months. It’s not right.

“Players are going to opt out. They won’t be able to afford to play under these circumstances. They won’t want to put their health in jeopardy. That means the NHL is going to lose prospects. This is not constructive for anyone.

“The players should be healthy and happy, not struggling to make ends meet. I understand economic realities in conjunction with the NHL and the trickle-down to the NHLPA, but we need help,” Landon said. “The players want to play. That’s not the issue. But the situation they’re facing is not palatable.

“We’re in a terrible situation. We need help. We’re not just asking for it. We’re begging.”

So it took about 24 hours for the league’s misnamed Department of Player Safety to hit midseason form.

For when Nic Dowd nearly chopped off Eric Staal’s chin with a neutral zone hit from the blindside midway through the third period of the Capitals-Sabres opener in Buffalo on Thursday, the Safety crowd went into acrobatics to avoid suspending the Washington center.

Apparently the folks at the league were unable to find clear evidence that Staal’s head was the main point of contact, though Dowd was assessed a minor for an illegal check to the head. Which raises the question: What is a legal check to the head and why on earth would anyone even countenance the suggestion that there could be such a thing in 2021?

Why would the league want to encourage cheap shots like this? Why would the players want to camouflage predators in their midst? Who is in favor of the manner in which supplemental discipline, and specifically as it relates to head shots, is adjudicated in the NHL?

So the Department of Player Safety couldn’t find “clear evidence?” Why must perpetrators be judged under the criminal court standard of “beyond a reasonable doubt?” Why not under the civil court mandate of “preponderance of evidence?”

(By the way, I learned the distinction from my 1L professor, Alan Shore.)

The time has come, has way past come, to eradicate hits to the head. That starts by punishing the perps.

So, when do we learn that the Devils’ find, Yegor Sharangovich, is really Anton Kadeykin in disguise?