Michael McIntyre stepped in to warn the celebrities they were on the show to help contestants with the difficult questions after Gregg Wallace simply repeated what contestant Abigail said back to her. The Wheel host was not impressed the MasterChef judge’s approach to supporting the contestant and told his fellow celebrities not to follow suit.

Contestant Abigail chose EastEnders as her second category to tackle and was hoping for The Wheel to land on former star Natalie Cassidy.

However, it was MasterChef judge Gregg Wallace who would answer the question after The Wheel landed on him.

Michael turned to Gregg and asked: “The music that was playing when the wheel was spinning – had you heard that?” 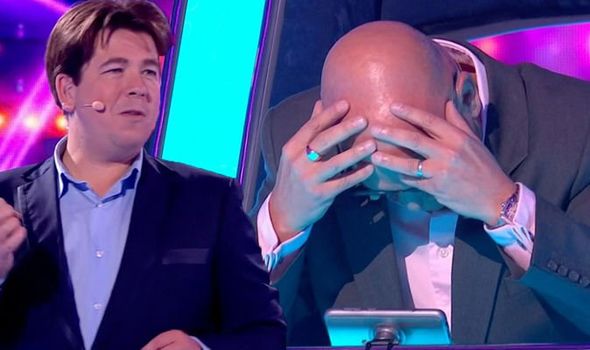 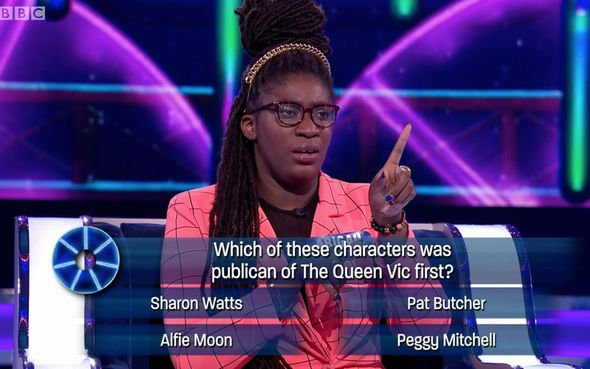 “Yes,” Gregg replied as Michael laughed: “Oh so you’d at least heard that before the show.

The MasterChef judge went on to admit: “Ironically, I don’t watch much television so I’m going to be hopeless.”

“Have you seen MasterChef? You’ve seen the show you’re on right?” a nervous Abigail asked.

Gregg confirmed: “I only watch the bits that I’m in.” 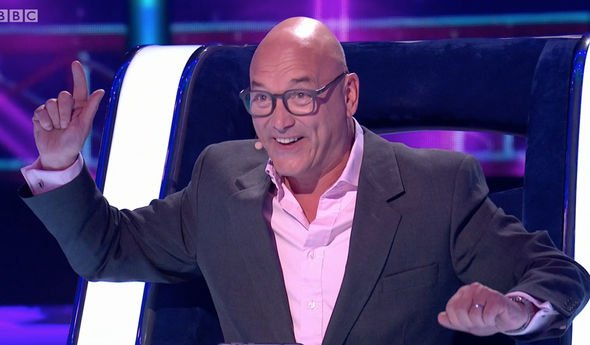 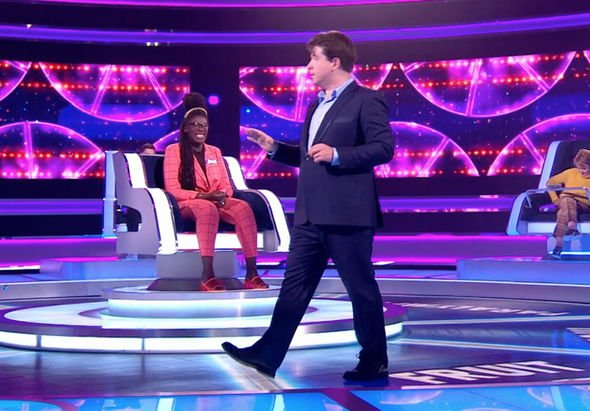 Michael turned their attention to the question, which was worth £3,000.

Abigail was asked: “Which of these characters was publican of The Queen Vic first? Sharon Watts, Pat Butcher, Alfie Moon or Peggy Mitchell.”

Abigail explained her thoughts: “Okay, so I was thinking between Pat Butcher and Peggy because Sharon Watts, her parents were Angie and Den and I know they were the first landlords.

“I think Sharon has only just become landlord, Alfie was later, I think Frank and Pat were before Peggy Mitchell so I’m going to go with Pat Butcher.”

“Well, you shouldn’t rush into anything before you’ve had the opinion of Gregg Wallace,” Michael advised.

However Gregg insisted Abigail go with her gut instinct as he replied: “Now this is what I’m thinking because I used to watch it when I was younger.

“I’m thinking Alfie and Peggy come later, Sharon, you’re right was the daughter so I think it’s Sharon or Pat.

“If I was going to go with either of those, I’d got for Pat.”

Abigail told Gregg: “See you have some EastEnders knowledge,” but Michael noted: “He does when he’s heard you say it!”

Despite Gregg’s uncertainty over EastEnders, Abigail locked in Pat Butcher as her answer, which was correct.

Before moving onto the next round, Michael warned the other celebrities: “The way Gregg handled that, I don’t want other people following that example of listening to what the contestant says, repeating it back to them them with an earnest look and littered with pleasantries.”

Michael McIntyre’s The Wheel airs Saturday on BBC One at 8.30pm.