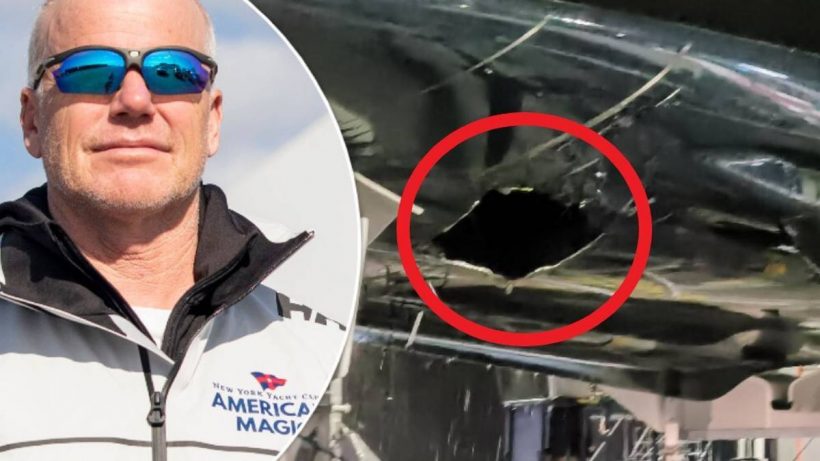 Follow all the live action of American Magic’s press conference, following their calamitous day on the water on the Prada Cup yesterday.

The America’s Cup challengers were well on their way to victory in the final race of the day against Luna Rossa, before a sharp turn on the final mark in strong winds saw them capsize.

What ensued was a race to save the boat from sinking. The Americans managed to get their AC75 vessel ‘Patriot’ back to shore after 10:30pm, five hours after their boat turned. It was not until 11:25 that the boat was safely out of the water.

American Magic weren’t on their own – they received extensive help from the other three syndicates, including Team New Zealand, as well as police, the fire department and the coastguard.

“In these moments, you get the true sense of what competitors can do for you and how we should all treat each other. They showed a great display of sportsmanship,” skipper Terry Hutchinson said.

However the damage sustained is such that racing next weekend looks to be a long shot at this stage. Hutchinson said they’re hopeful the can sail in the Prada Cup semifinal.