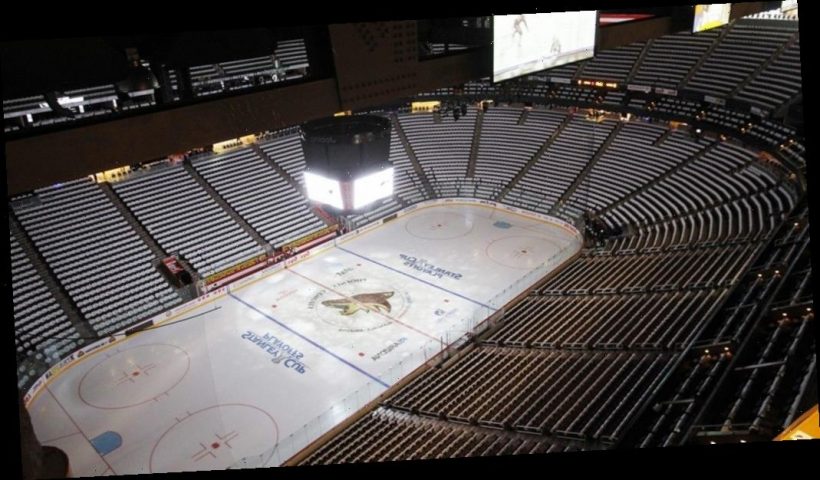 Another NHL team has received permission to welcome a limited number of fans for their first slate of 2020-21 home games.

On Wednesday, the Arizona Coyotes announced that they will have a maximum 25 percent capacity – 3,450 fans – at Gila River Arena or their January home games.

Proper health and safety protocols will be in place, including mandatory masks except when a spectator is consuming a food or drink. First priority for tickets will go to season ticket members, the Coyotes stated.

The Florida Panthers also confirmed their plans to have a 25 percent capacity (around 5,000 fans) at the BB&T Center. The Dallas Stars and Tampa Bay Lightning will also allowed a limited number of fans for their home games to start the year.

The 2020-21 season is slated to begin next Wednesday with five games: The Pittsburgh Penguins at the Philadelphia Flyers, Montreal Canadiens at Toronto Maple Leafs, Chicago Blackhawks at Tampa Bay Lightning, Vancouver Canucks at Edmonton Oilers and St. Louis Blues at Colorado Avalanche.

The Coyotes will open up their season with a home contest against the San Jose Sharks on Jan. 14. They’ll play host to the Sharks once again two days later before consecutive road games against the Vegas Golden Knights.

RELATED: NFL Expects To Finish With Over 1 Million Fans In Attendance For Games This Season

With the Canadian-U.S. border closed to non-essential travel amid the ongoing COVID-19 pandemic, one division will consist of all seven Canadian teams (the North Division) – the Canucks, Oilers, Canadiens, Maple Leafs, Ottawa Senators, Calgary Flames and Winnipeg Jets.

The Coyotes will be in the West Division with the Sharks, Golden Knights, Anaheim Ducks, Colorado Avalanche, Los Angeles Kings, Minnesota Wild and St. Louis Blues.

The Coyotes ended an eight-year playoff drought in 2020 by upsetting the Nashville Predators in the qualifying round of the expanded 24-team postseason field in the league’s return to play. They were eliminated by the Colorado Avalanche in the opening round of the playoffs, losing in five games.