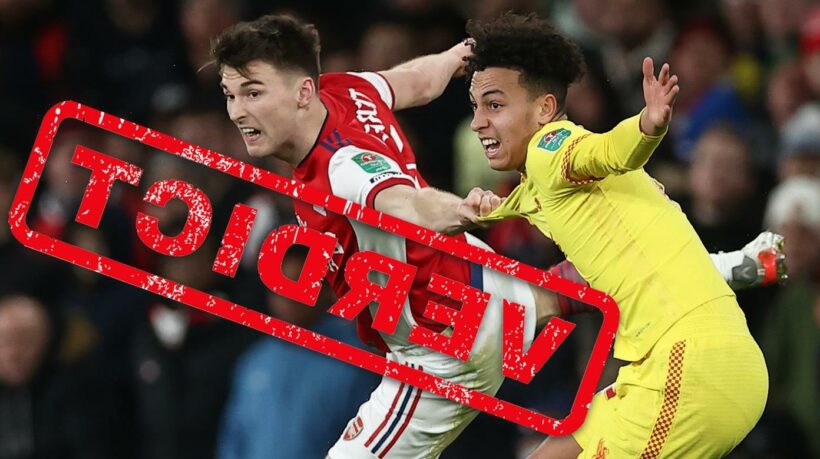 NOT one but TWO Scotsmen on the same pitch contesting a place in a major English cup final. Hooray for Holyrood.

OK, it was only the face off between opposing left backs Andrew Robertson and Kieran Tierney in the semi-final second-leg of the Carabao Cup. 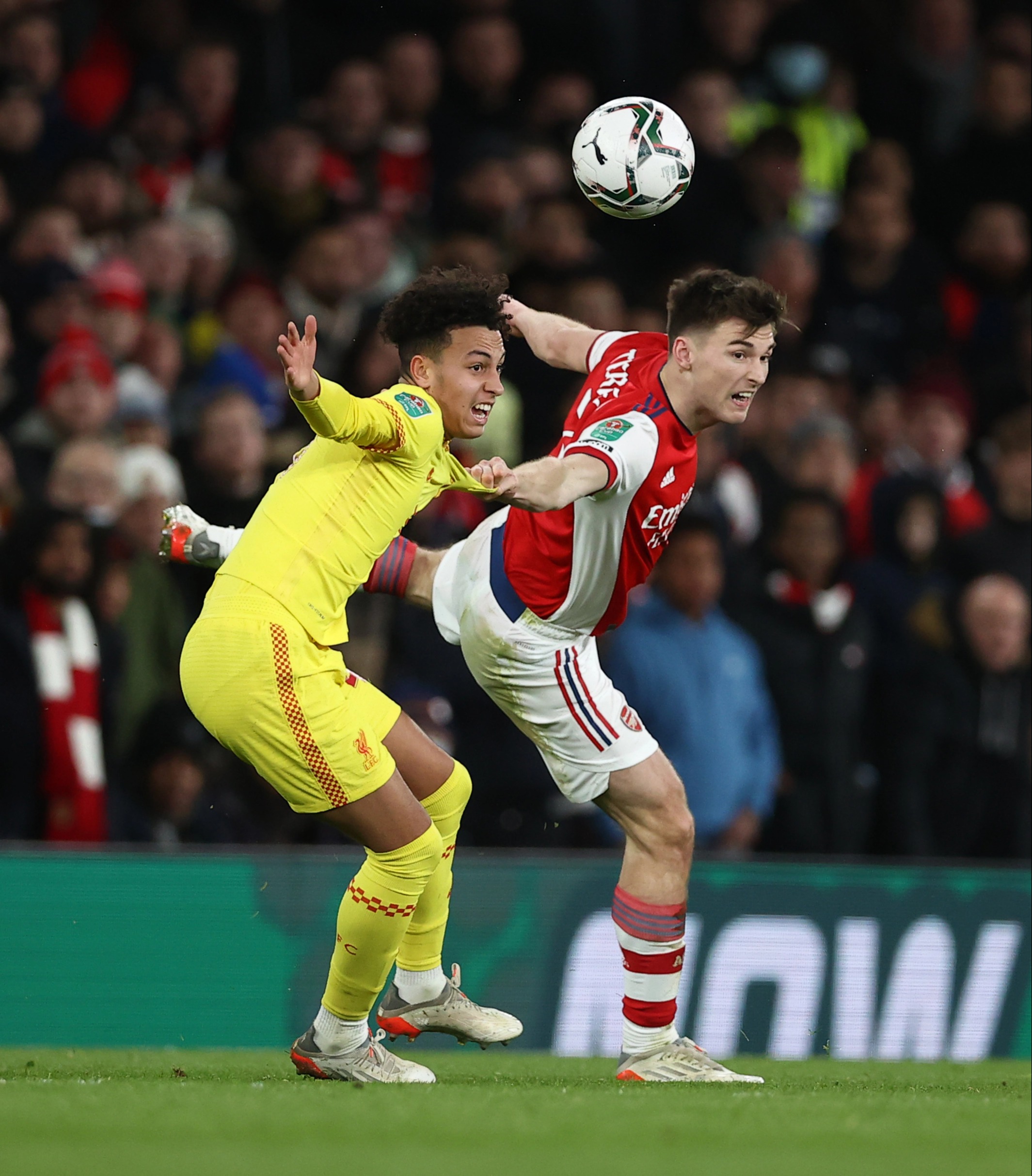 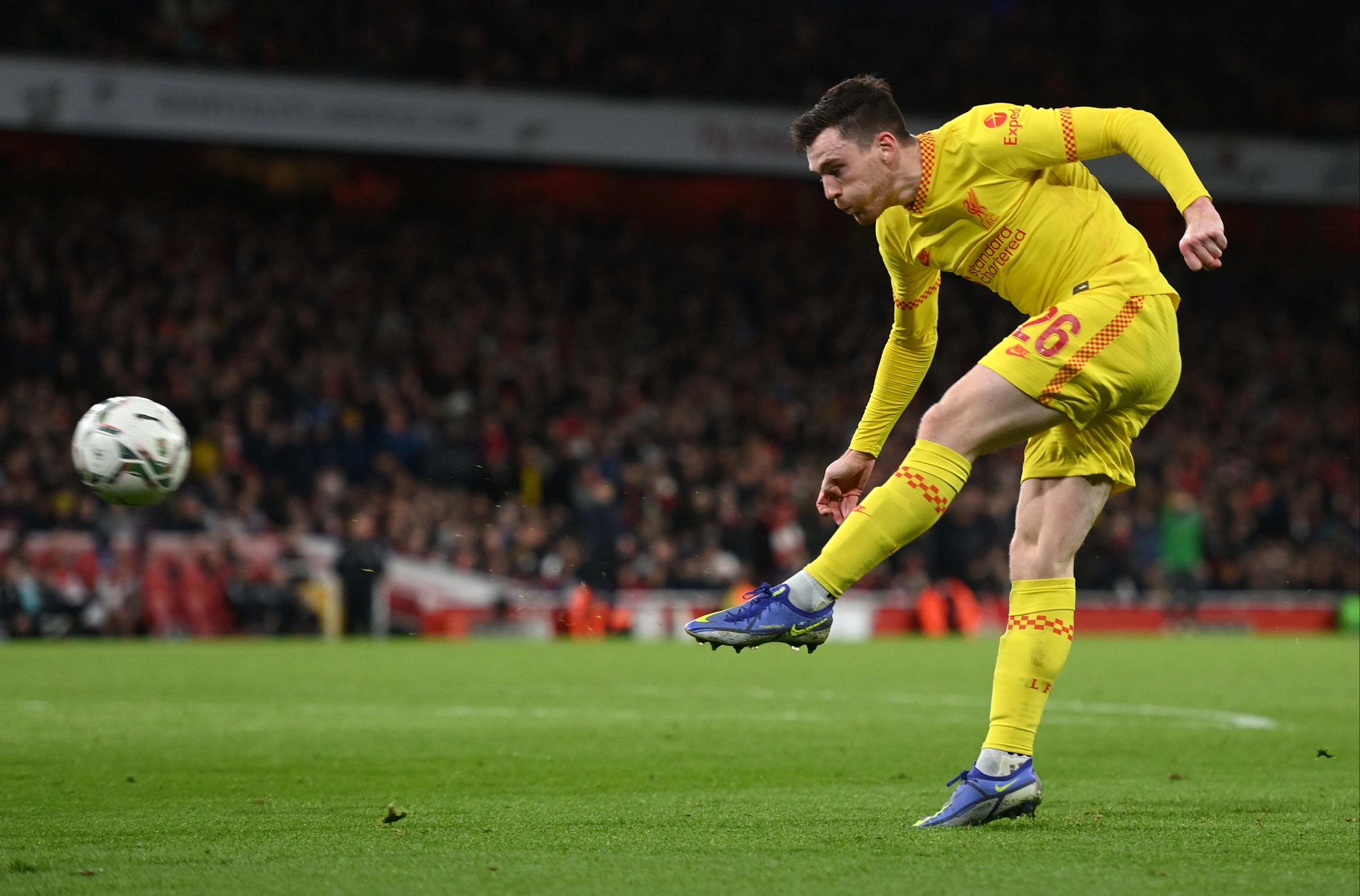 Hardly in the same level of excitement as Graeme Souness, Charlie Nicholas and Kenny Dalgish.

But it’s still the kind of football milestone that won’t have gone unnoticed north of the border, where putting your boots on the right feet is an excuse for a celebration p*** up.

Robertson and Tierney often line up together in defence for their national team.

But at the Emirates it was time to see who handled the occasion better with a place at Wembley up for grabs.

Liverpool’s crusading and fiery full-back Robertson has lost only one game for club and one for his country this season.

It might be coincidence but Liverpool didn’t win while he served a three-match ban over Christmas, underlining his influence and importance to boss Jurgen Klopp.

Andy Carroll voted WORST ever Premier League signing – who else made the list?

He is 25th on the list of Scotland’s all-time greats according to the SFA – sandwiched between fellow tartan illuminaries Andy Goram and Kenny Miller.

He is embedded in this Liverpool team and cemented into the left back slot for Scotland.

And he shouldn’t be too concerned about losing it to his Arsenal counterpart anytime soon.

Where Robertson was vocal, mobile and confident, Tierney struggled to get out of the shadow of an official Scottish legend.

Tasked with marking rookie winger Kaide Gordon, it should have been a routine night for Tierney to mop up any danger then throw his weight behind waves of Arsenal attacks.

Particularly with home advantage putting wind in his back after doing the hard bit and grinding a 0-0 draw at Anfield in the first-leg last week.

It can only have been direct orders from Arsenal boss Mikel Arteta ordering Tierney to restrain himself and let Gabriel Martinelli do the hard work up front.

One feeble cross into the box in the first-half and a throw-in near the by-line with 16 minutes to go was the best he could offer going forwards.

As one of three Gunners defenders closing in on Diogo Jota, Tierney turned away and allowed the Portuguese schemer to stick the ball between his feet en route to the goal with a shot that barely reached the line.

A magnificent block in the first half when the exciting youngster was through on goal, followed by barking a stream of orders at his defence.

One error early on with a poorly-timed tackle on the exciting England winger led to Alexandre Lacazette grazing the bar with a free kick.

But Robbo is on his way to Wembley next month and rightly so after an unofficial captain’s performance at the back played a key role in seeing Liverpool through.