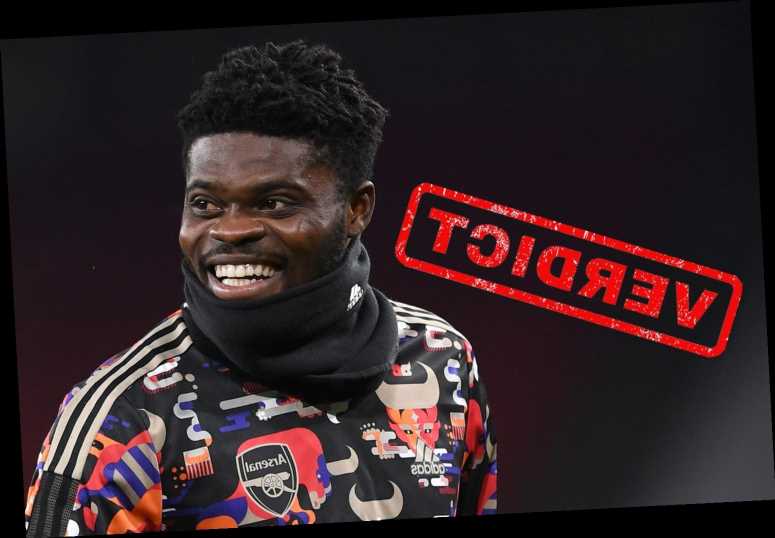 IT has taken Thomas Partey the best part of four months to make his presence felt at Arsenal.

But the £45million Ghanaian, 27, is finally starting to show why the Gunners put in so much effort to pinch him from Atletico Madrid on transfer deadline day. 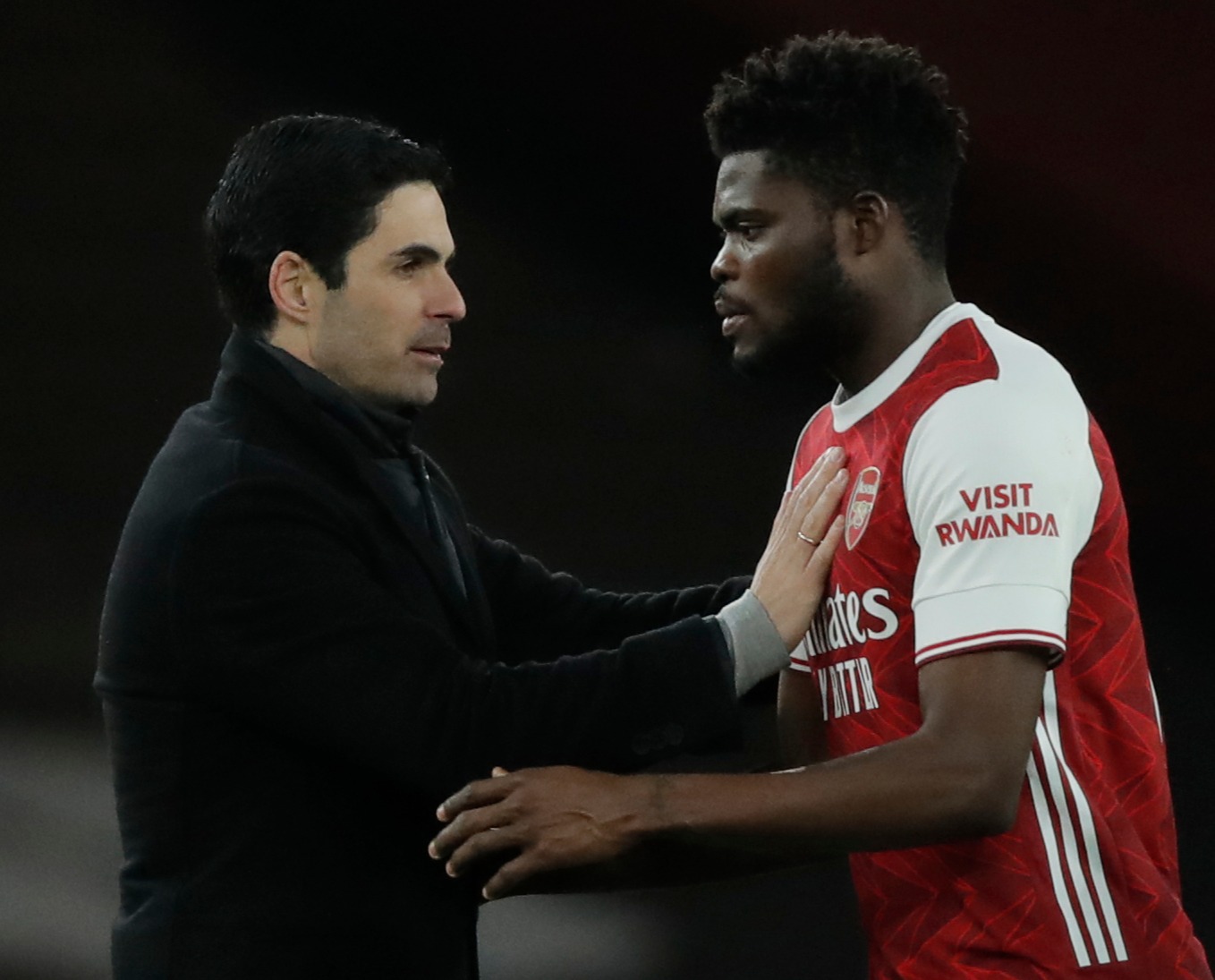 His Emirates progress has been hampered by a series of thigh strains which have frustrated manager Mikel Arteta every bit as much as the player himself.

The 0-0 draw against Manchester United was only his seventh Premier League start and he is still getting acclimatised to the breakneck speed of the English game.

But it is already clear how important he is going to be to Arteta’s Arsenal master plan.

Because with Partey occupying the midfield holding role there is suddenly a real resilience about an Arsenal team who are finally shaking off their reputation as a soft touch.

Not that he relies on thunderous tackles to act as the defensive shield to his back four.

With Partey it is more about anticipation and having the awareness to be in the right place at the right time to snuff out the danger.

Twice in the first 18 minutes he was perfectly positioned to make sure that a molehill did not become a mountain for his team-mates.

The game was only three minutes old when Aaron Wan-Bissaka was given far too much time and space to pull the ball back from the right-hand channel.

But Partey had already spotted the threat and simply stepped in to make a vital interception look routine.

Quarter of an hour later he was even more alert to prevent Manchester United from scoring the breakthrough goal on the counter attack.

The dangerous Bruno Fernandes was all wound up to strike when the ball rolled invitingly into his path deep inside the Arsenal area.

Partey, though, had other ideas, first stepping in to block Fernandes’ route to goal and then stretching out a leg to cut out the intended cut-back for Marcus Rashford.

Another key aspect of his play was his ability to play his way out of the United press, regularly receiving the ball from keeper Bernd Leno on the edge of the area and calmly passing beyond the incoming United players.

Too often in the recent past Arsenal have allowed themselves to get bogged down by playing too many sideways passes and not taking any risks in the middle of the pitch.

But with Partey at the heart of their team they now have a player whose first instinct is always to look to set off an attack by playing the ball forward.

And he has also given Granit Xhaka the freedom to get a bit further forward, which means he is less likely to concede the kind of fouls around his own area which used to be his trademark. 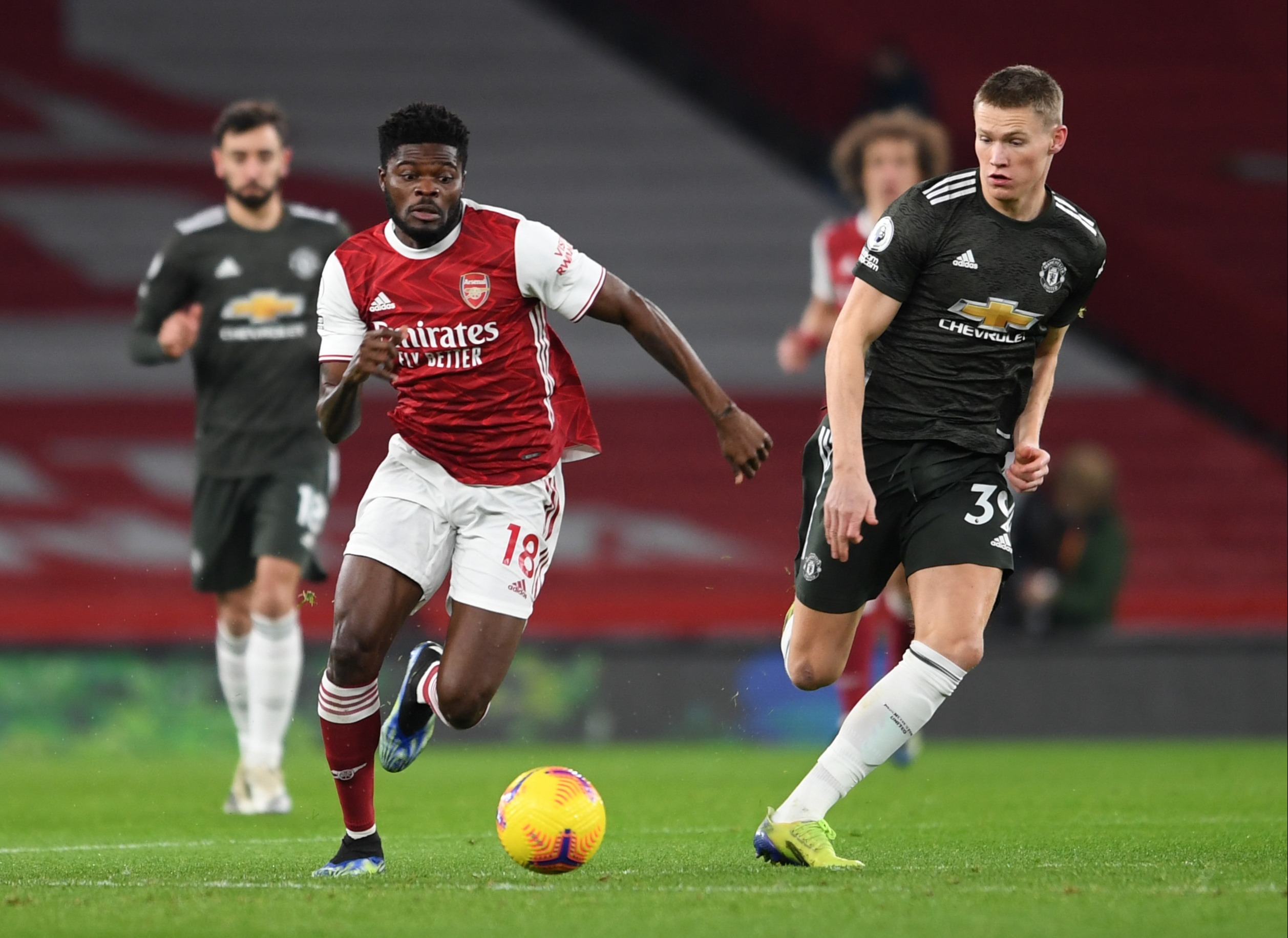 Not that Partey was totally blameless on that front and it was his late challenge on Fernandes which gave United’s Portuguese superstar a shooting opportunity right on the stroke of half-time.

Fortunately for Partey, David Luiz was able to leap from the defensive wall to head Fernandes’ free-kick over.

Because most of his best work is carried out in his own half, Partey is never going to be a box to box midfielder like former Arsenal favourites Aaaron Ramsey or Jack Wilshere.

Partey is a player more in the mould of Arteta himself, the man who fills in the cracks before they develop into a chasm.

Yet he did manage to get forward on one occasion, charging a full 50 yards up the pitch as United backed off to the edge of their area.

Unfortunately for Arsenal, Partey’s hopeful shot from distance was more of a threat to the corner flag than it was to David De Gea’s goal.

It was a moment which summed up his entire day’s efforts – promising so much but ultimately failing to make the difference.

Yet he will take heart from completing the full 90 minutes for the first time since Arsenal won at Old Trafford on November 1.

And with Partey starting to find his feet and Pierre-Emerick Aubameyang, Kieran Tierney and Bukayo Saka all set to return soon, things can surely only get better from here for Arsenal.