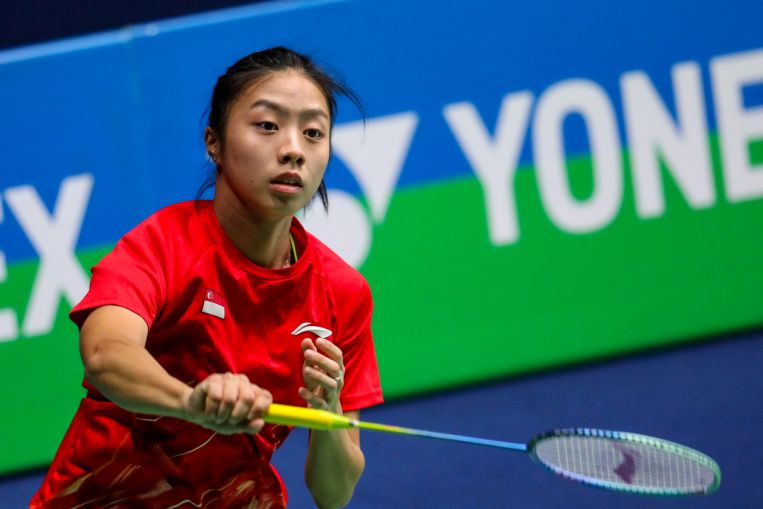 The world No. 26 Singaporean will face Thailand’s world No. 14 Busanan Ongbamrungphan at the Saarlandhalle in Saarbrucken on Sunday for the championship and a US$24,000 (S$32,400) winner’s cheque.

This is also the first time Yeo is in a Super 500 final, which is the fourth-highest level on badminton’s world tour.

Yeo, 22, had lost her two previous matches in straight games to the world No. 11 and 2014 Commonwealth Games women’s singles champion Li.

Overall, she played the steadier badminton and was happy to extend the rallies against her 30-year-old opponent, who had few answers to Yeo’s delicate drop shots and athleticism during their 59 minute-clash.

In the men’s singles, compatriot Loh Kean Yew will aim to follow in Yeo’s footsteps and make it to his first Super 500 final. The world No. 39 takes on India’s world No. 21 Lakshya Sen later on Saturday.