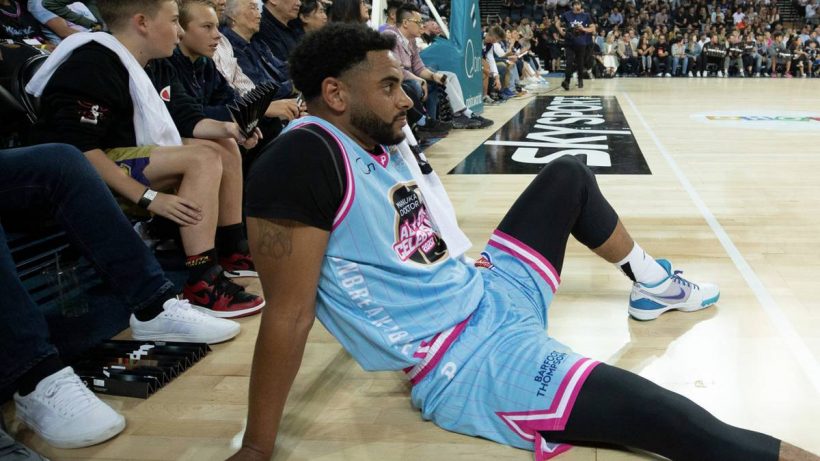 New Zealand Breakers star Corey Webster is set to miss at least the first two weeks of the Australian National Basketball League season after slicing a nerve in his hand with a knife in his kitchen.

Webster, whose 2020 was thrown into disarray by the Covid-19 pandemic, will now begin the season on the sidelines after damaging the hand in a failed attempt to cut an avocado.

“Corey tried, unsuccessfully probably, to prepare himself dinner and while he’s trying to play one-on-one with the avocado, the avocado has attacked him and he got a pretty serious cut on his palm,” Breakers coach Dan Shamir told Newstalk ZB.

Webster, a specialist shooting guard for the Breakers, has since undergone surgery for the wound which affected his non-shooting hand and will be limited at training for the next month.

“He needed surgery actually because one of the nerves in his palm was damaged.

“We didn’t know initially how bad it was and how long it would take but yesterday, when he revisited the surgeon, they were very happy that everything is okay and he’ll be able to play; but it will take him another four weeks to fully recover so he will miss the first [two] weeks of the season.

“We will do everything around that to keep him in shape as much as possible and I’m just happy that it is his left hand and not his shooting hand and hopefully with time he will be back to himself.”

This latest setback for Webster comes after a 2020 which saw his career stalled by the worldwide health crisis. He left the Breakers mid-season to take up a lucrative contract in the Chinese basketball league, but returned home soon after coronavirus broke out in the Wuhan province.

Unable to join the Breakers’ late run at the playoffs, he opted for a stint in Italy – one of Europe’s top basketball leagues – right about the time that country became the epicentre of the illness on the continent.

However, after just one match for the Virtus Roma team, the league was postponed and he once again returned to New Zealand shores.

For Breakers coach Dan Shamir this latest setback is one amongst many trials faced by the club in the lead-up to the 2021 NBL season.

“My reaction was that there have been so many things happen to me for the first time these past few months and this is another one. Having said that, it’s quite annoying, it’s off the court, but these things can happen and I’m happy that it’s not going to be too long a time.

“I’m sure that he will be back soon, healthy and will help us a lot.”

The Breaker’s NBL campaign is expected to begin on January 13 with a match against Melbourne United, though doubt remains as Australia battles multiple outbreaks of Covid-19.