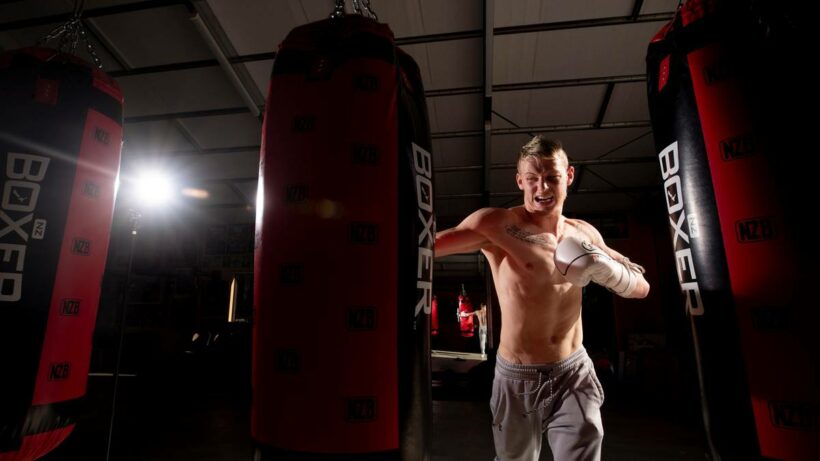 Injury and illness is threatening to derail the most anticipated fight in Australia this year, but a Russian-born Kiwi is ready to save the night.

Tim Tszyu, 26, son of Australian legend Kosta, is due to fight Michael Zefara in Newcastle on July 7 in a super-welterweight clash marketed as the 26-year-old’s final local test before taking on the world.

But Zefara didn’t attend this week’s media day due to either an unspecified illness or a rib injury. According to his trainer Sam Labruna, there is every chance Zefara will not be fit to fight.

“If this guy doesn’t recover in the next three, four, seven days, well, there’s not going to be a fight,” Labruna said, “because I’m not going to put him in there if he’s not right. If he’s not sparring and training, we won’t be fighting, that’s for sure.”

Labruna added: “He’s got a sparring session on Saturday. If he’s not going through these sessions then… how can we take the fight? It’s impossible.”

With the fight a sell-out, it would be a huge disappointment for Australian fight fans who can’t get enough of the 18-0 Tszyu. However, outspoken Andrei Mikhailovich, who made a stir when promoting his fight against Sydney-domiciled New Zealander Alex Hanan, has a solution.

“I’ll fight him. I’d say yes in the blink of the eye,” says Mikhailovich. “Who wouldn’t want to face the no 2 in the world? What an opportunity.”

Mikhailovich said that scheduling-wise it would work perfectly. He’s already in training for the Hanan fight and all it would mean was that he’d have three weeks extra to prepare for Tszyu.

If the fight did come about – and Mikhailovich and his promoter Liam Lonergan believe it’s a realistic proposition if Zefara is ruled out – he would withdraw from the June 16 undercard of the Paul Gallen v Justis Huni blockbuster. In many respects, it’s a win-win for Mikhailovich though he would have to weight cut to get down to super-welterweight from middleweight.

Mikhailovich, 23, has closely followed Tszyu’s career and is a fan.

“He’s a great fighter. I’ve seen his last four or five fights and he does some really cool stuff.”

So can you beat him then?

“I’m the Russian. Of course I can. I have the one thing others don’t and that’s deep inside me,” said the St Petersburg-born orphan who was brought to New Zealand as an infant, along with twin brother Nikolai, by his parents Paula and Marcel Driessen.

It feels important to note that his “Russian-ness” might not be as big an advantage against Tszyu as it might be against others. Tszyu’s father Kosta, the best light-welterweight in the world in the 2000s, was born in Soviet Russia and served in the army there before moving to Australia following the collapse of the Soviet Union.

If that bothers Mikhailovich, you can be guaranteed he will not show it.

“I love biting off more than I can chew,” he said. “Nobody believes in me more than myself.”