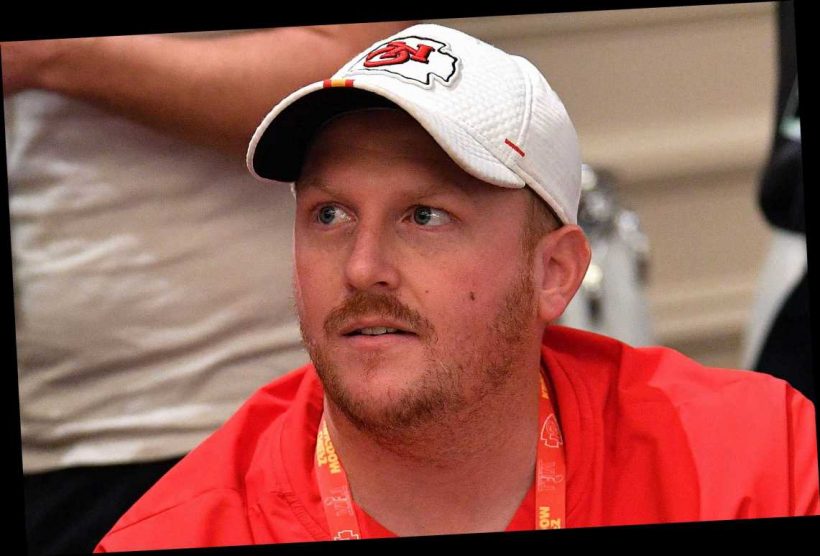 Seahawks should be worried about star player’s end game

Another NFL analyst thinks Carson Wentz ‘needs’ out of Philly

NFL reporter dead at 37: ‘We are shocked’

Britt Reid is no longer a member of the Kansas City Chiefs coaching staff.

The 35-year-old son of Chiefs head coach Andy Reid was placed on leave through the duration of his contract, which has since expired, meaning he is no longer an employee off the club, ESPN reported Wednesday.

The Chiefs on Tuesday announced that Britt Reid was placed on administrative leave during an investigation into a traffic accident that left two young children injured, one critically.

Britt Reid was involved in a multi-vehicle crash Thursday near the team’s training facility next to Arrowhead Stadium. He did not travel to the Super Bowl in Tampa Bay in which the Chiefs lost, 31-9.

He told police he had “two or three drinks” and had a prescription for Adderall when the accident occurred, according to a search warrant filed late Thursday night. Police have said they are investigating whether Reid, who has a previous drunk driving conviction on his record, was impaired before the crash.

The NFL is investigating whether Reid violated the league’s personal conduct policy.

Ariel Young, 5, was identified by the Chiefs as the girl in the crash, and she remains in critical condition as of Tuesday. The team also said they have reached out to her family and are providing support and resources.

Kansas City police said the crash happened just after 9 p.m. Thursday, when a truck hit two vehicles on the side of a highway entrance ramp. They also said a report on the investigation will be issued within 30 to 60 days.

After the Chiefs’ loss in the Suoer Bowl on Sunday, Andy Reid spoke on the issue for the first time.

“My heart goes out to those involved, the family of those little girls fighting for their lives,’’ Reid said. “From a human standpoint, my heart bleeds for them.’’

His son, Garrett, died at age 29 of an accidental drug overdose during Eagles training camp in 2012. Britt was sentenced to 8 to 23 months in jail plus five months of probation on gun and drug charges in 2007.