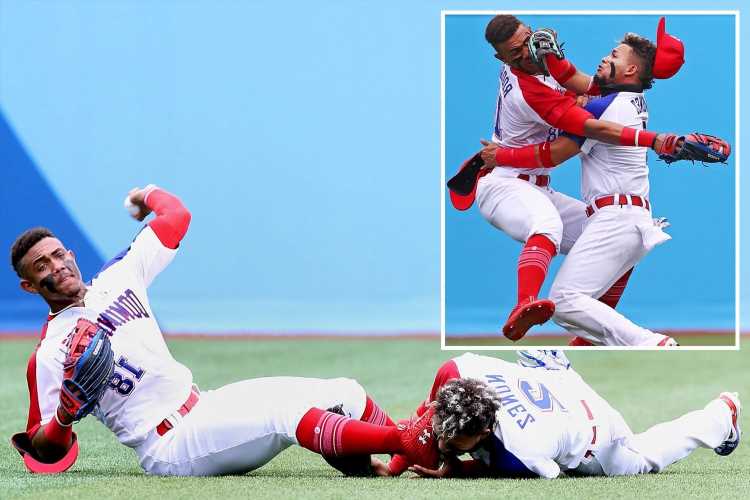 THIS is the moment two baseball players were involved in a sickening collision at the Tokyo 2020 Olympics.

But incredibly, one of the stars managed to catch the ball despite the brutal accident – but both lost their caps. 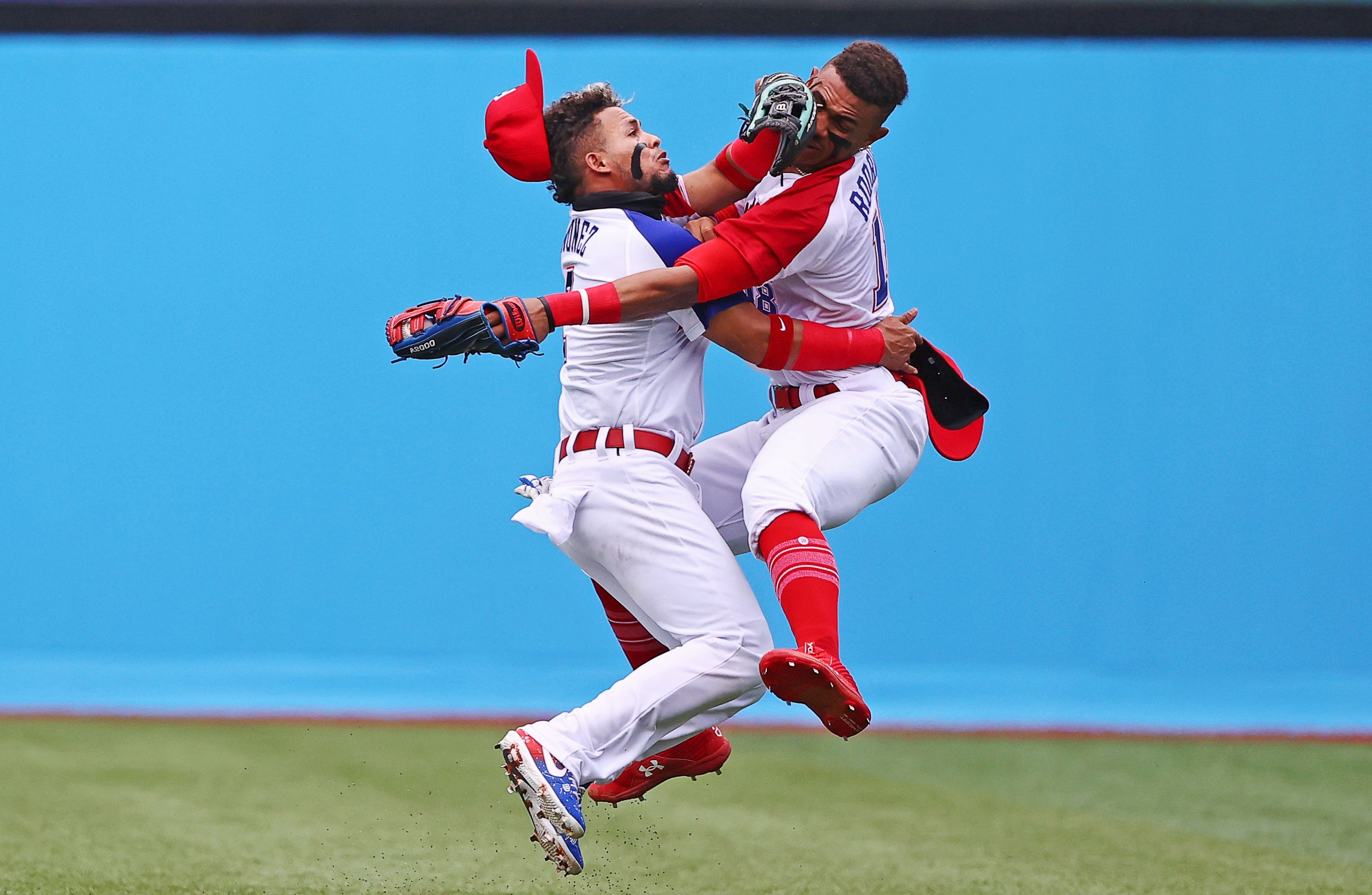 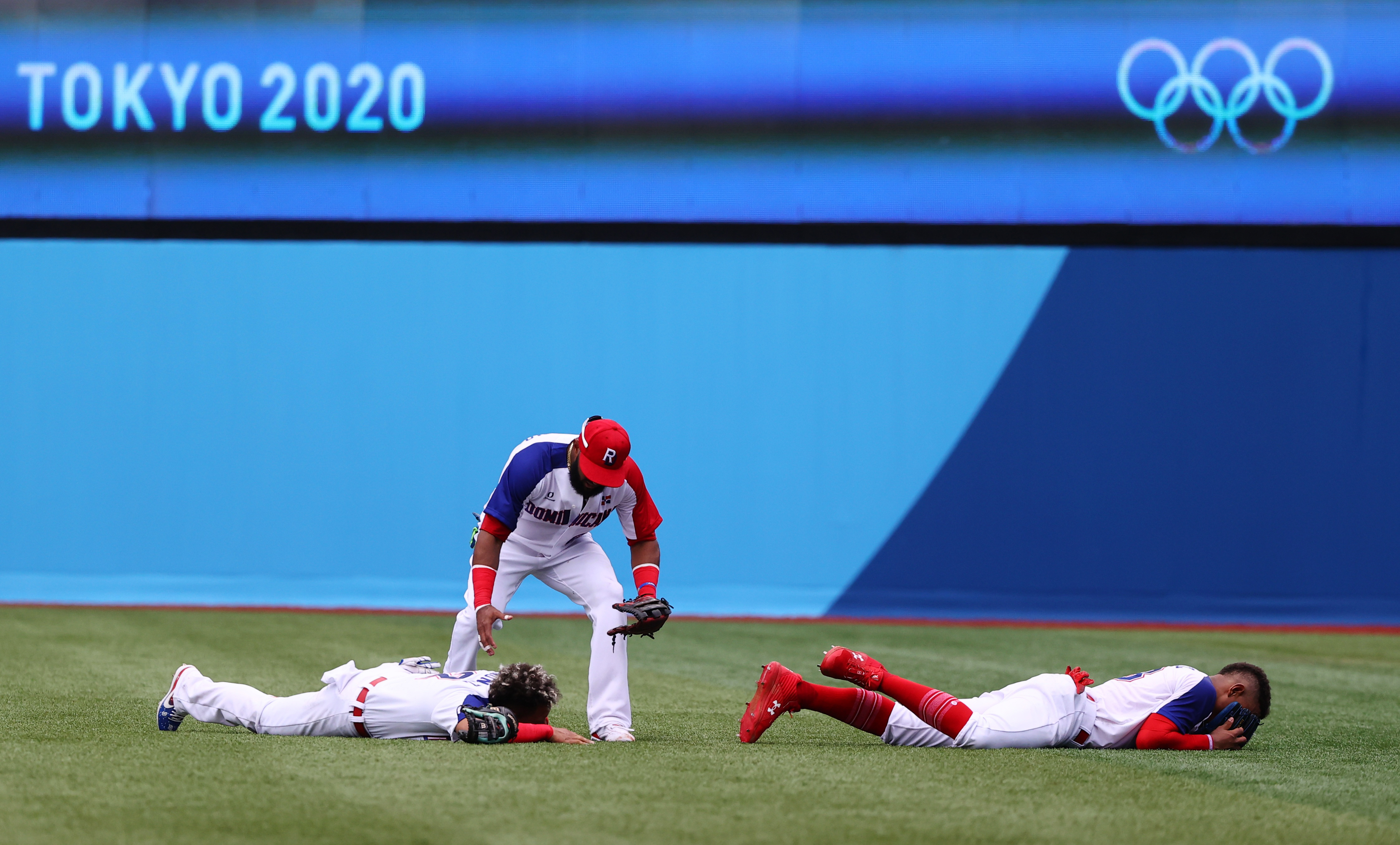 Mexico were playing the Dominican Republic when the game was halted.

Dominican pair Julio Rodriguez and Gustavo Nunez crashed into each other following a Mexico hit from Isaac Rodriguez.

Julio Rodriguez did manage to keep hold of the ball and saw out the rest of the game.

But things weren't the same for Nunez, who had to be replaced on the pitch.

He is believed to have picked up a knee injury.

After the game manager Hector Borg said Rodriguez was feeling some pain in his chin and lips.

But it was Nunez, despite his injury, who took the brunt of criticism on social media.

Todd Carter posted: "What the heck is that 2B doing?!!!! Maybe let your RF catch the fly ball hit to RF."

Melky Cabrera hit a run-scoring single with two outs in the fifth inning, Jose Bautista threw out the potential tying run at home plate and the Dominican Republic beat Mexico 1-0 Friday at the Olympics to even its record at 1-1.

The Dominican Republic were coming off an opening loss, 1-0, to Japan in which it wasted a ninth-inning lead.

Mexico were playing their Group A opener.

🥇 TOKYO OLYMPICS LIVE: All the latest from the Games with our live blog 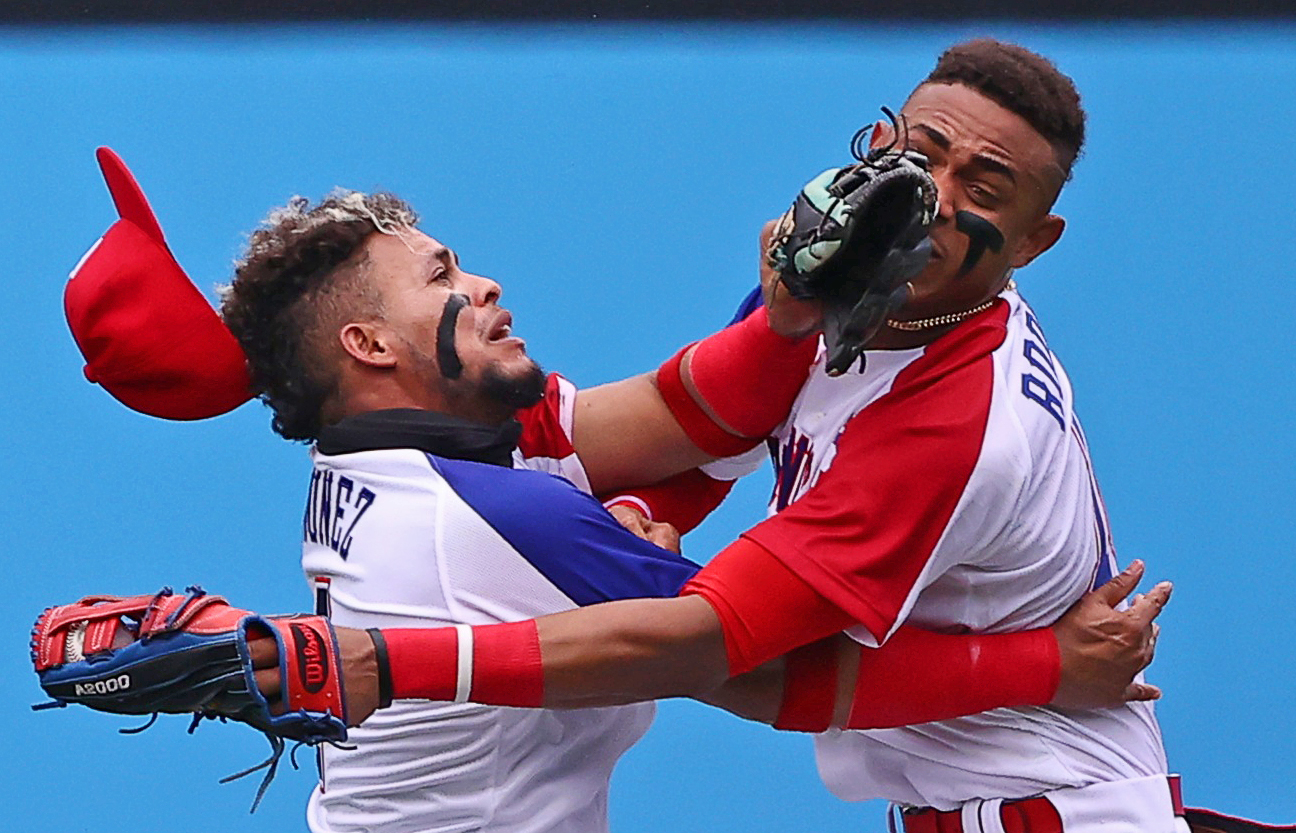 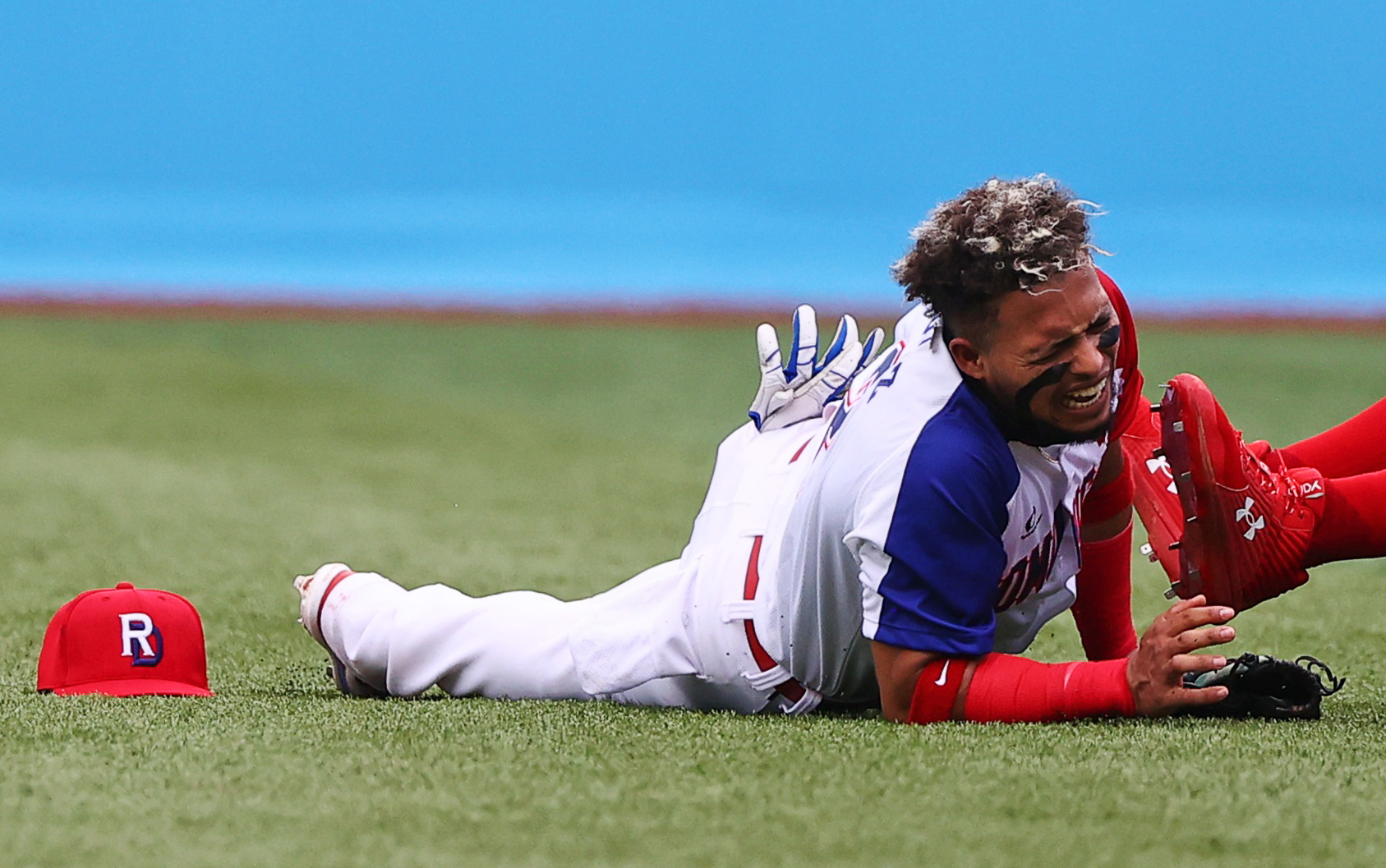