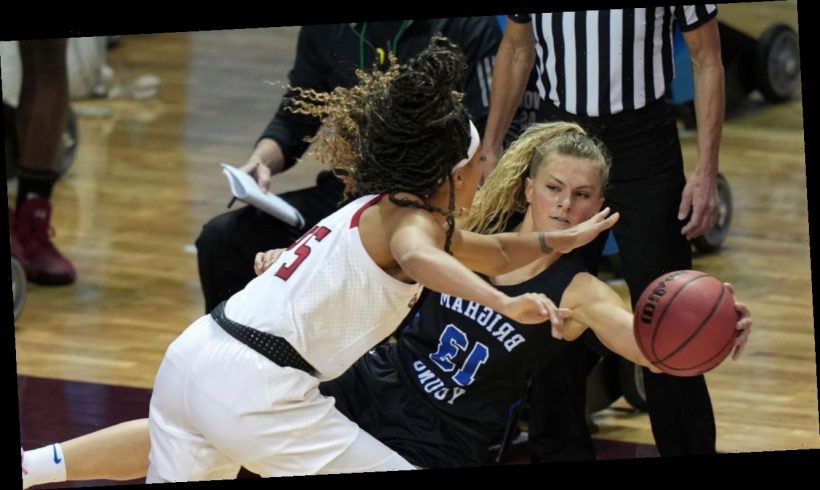 The first upset of the NCAA women’s tournament came courtesy of No. 11 seed BYU, which defeated No. 6 Rutgers 69-66 in the first round of the Mercado Regional.

The Cougars lost a heartbreaker in the West Coast Conference tournament final on March 9, falling 43-42 on a last-second shot to Gonzaga. But Monday, a close game went their way against Big Ten foe Rutgers.

BYU was led by guard Paisley Harding, who scored 28 points. The Cougars made 20 of 23 free throws, and their accuracy at the line was crucial in the closing minutes to secure the victory.

The Scarlet Knights closed the season with two losses after winning nine straight following a COVID-19 pause when they had eight games postponed or canceled between Jan. 7 and Feb. 4. In the Big Ten tournament, Rutgers was upset by Iowa in the quarterfinals on March 11.

“It hurts,” Rutgers senior Arella Guirantes said, crying, after her 30-point, six-rebound performance Monday. “But I know everything happens for a reason. I’m going to take my time to be sad about it, but I know there’s more for me.”

Guirantes is expected to be a first-round selection in the WNBA draft on April 15, and may be a lottery pick.

Stringer, who turned 73 on March 16, said it was a difficult season dealing with COVID-19 issues and other challenges. She praised her seniors but said the team would need growth from younger players going forward.

Stringer said she is looking ahead to next season, which would be her 27th at Rutgers and 51st overall as a college head coach. She coached at Cheyney and Iowa before taking over at Rutgers for the 1995-96 season

“There’s a lot of things I will take from this season to build for the next season,” Stringer said. “There’s a tremendous amount of maturity that it takes. Young people today have got to accept responsibility a little bit more, and that’s a fact. That’s what we will intend to grow with.”