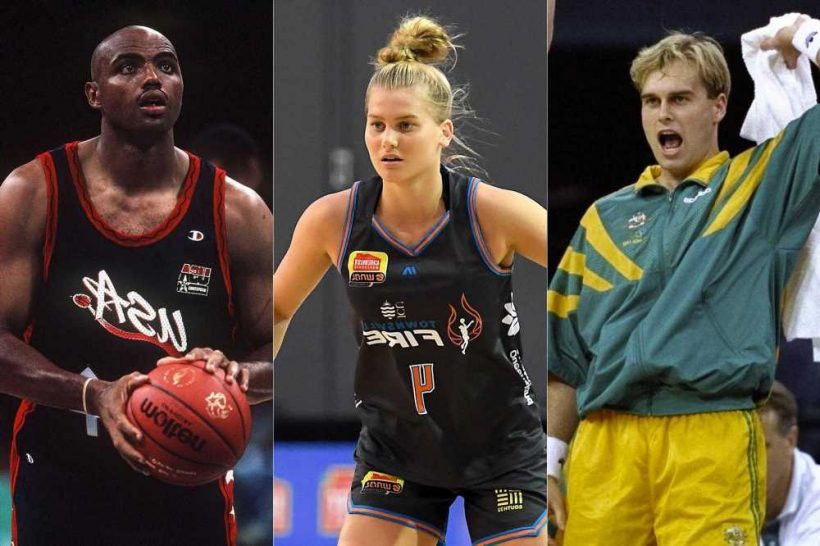 The Chicago Sky picked the 19-year-old out of Australia’s WNBL, prompting Barkley to recall a 25-year-old beef with her father, Shane “The Hammer” Heal.

In 1996, Heal and Australia went head-to-head with Barkley’s Team USA in a heated pre-Olympics exhibition. Heal knocked down a three-pointer on the wing and an already frustrated Barkley charged Heal sending him to the floor in front of the Australian bench. The rivals bumped chests after the incident and had some choice words.

On Thursday, Barkley confirmed with “Inside the NBA” co-host Ernie Johnson, that Shyla is the daughter of his old nemesis. He turned to the camera to send a message to his former Aussie opponent.

“Shane Heal, I want to congratulate you on your daughter, but you are so lucky I didn’t kill your a– at the Olympics,” Barkley said, smirking.

Co-host Kenny Smith chimed in to ask Barkley, “Didn’t you want to fight Shane Heal at the Olympics?”

Barkley replied: “He wanted to fight me! You almost didn’t have no daughter.”

Heal, who was offered an NBA deal after the ’96 Games in Atlanta, quickly caught on to Barkley’s PSA and took the trash talk to Twitter.

“You are lucky I didn’t start throwing Charles!” Heal wrote.

In a followup tweet, Heal extended an invitation to Barkley to come on his podcast to hash out the 25-year-old altercation.

“Hey Chuck. You need to come on The Basketball Show so we can discuss further.”

Heal, an undrafted free agent, had two stints in the NBA — first with the Timberwolves in 1996-97, where he played in 43 games, and second with the Spurs in the 2003-04 season. Shayla’s pro career is off to a much better start — and she won’t have to worry about Barkley charging her, either.