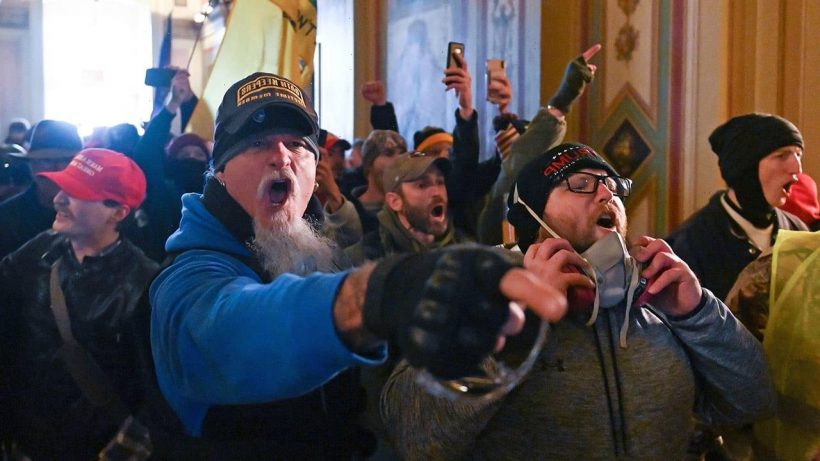 An alleged member of the Oath Keepers militia group who was “among the first five or six” rioters to enter the U.S. Capitol Building on Jan. 6 is the first person to agree to take a plea deal, Fox News has learned.

Jon Schaffer has also agreed to cooperate against others involved in the riot, according to a senior law enforcement source. 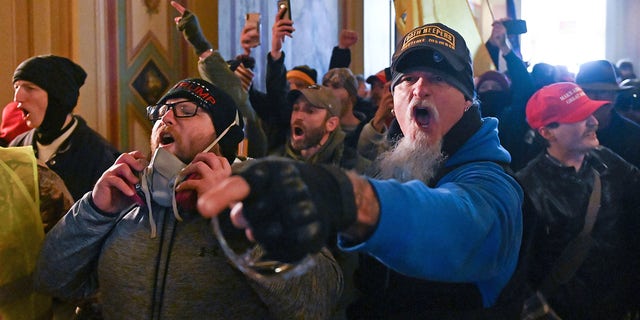 Speaking in court Friday morning, a federal prosecutor told U.S. District Court Judge Amit Mehta that Schaffer was “among the first five or six” rioters to enter the Capitol during the Jan. 6 siege. Schaffer is also a heavy metal guitarist for the band “Iced Earth.”

The central Indiana native who was photographed with the mob that stormed the U.S. Capitol is accused of spraying police officers with a pepper-based bear spray irritant, the FBI previously said.

He was charged with several felony counts, including engaging in an act of physical violence and knowingly entering or remaining in any restricted building or grounds without lawful entry, though it was not immediately clear to which charges he would plead.

This is a developing news story. Please check back for updates.