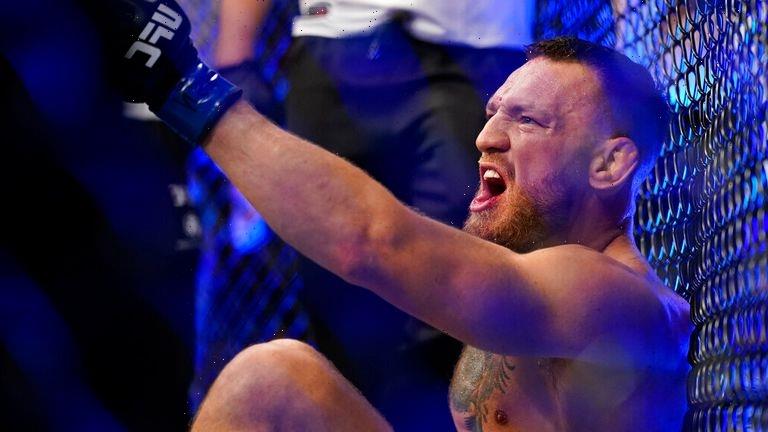 Conor McGregor said he was feeling “tremendous” after undergoing surgery for a broken leg suffered during his defeat by Dustin Poirier on Saturday.

McGregor stumbled backwards, trapping his foot under himself and breaking his left leg, with the fight stopped by doctors at the end of the first round at the T-Mobile Arena in Las Vegas.

“… Just out of the surgery room, everything went to plan, everything went perfect and I’m feeling tremendous. We’ve got six weeks on a crutch now and then we begin to build back,” McGregor said in a video posted on social media.

“A clean break of the tibia and it was not to be. Dustin, you can celebrate that illegitimate win all you want but you’ve done nothing in there. That second round would have shown all.”

McGregor’s defeat and the seriousness of the injury has raised doubts about his future in the sport but UFC President Dana White said there would be fights on the table when he is fit again.

The Irishman, 32, started aggressively by targeting Poirier with leg kicks, but the American quickly capitalised after seeming to hear McGregor’s leg crack during one exchange.

Poirier, also 32, took his opponent to the ground, where he dominated before the fighters returned to their feet. 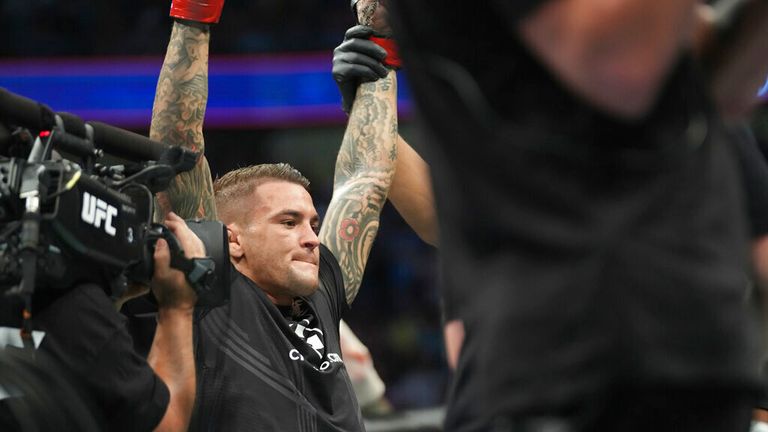 Both swung and missed and McGregor stepped back before his leg collapsed beneath him, sparking speculation he may have suffered a bone fracture.

McGregor somehow survived until the end of the round when the bout was stopped.

In a dramatic conclusion to the encounter, their third following McGregor’s victory in 2014 and his defeat in January, Poirier called his opponent a “dirtbag” when interviewed by commentator Joe Rogan after the fight. 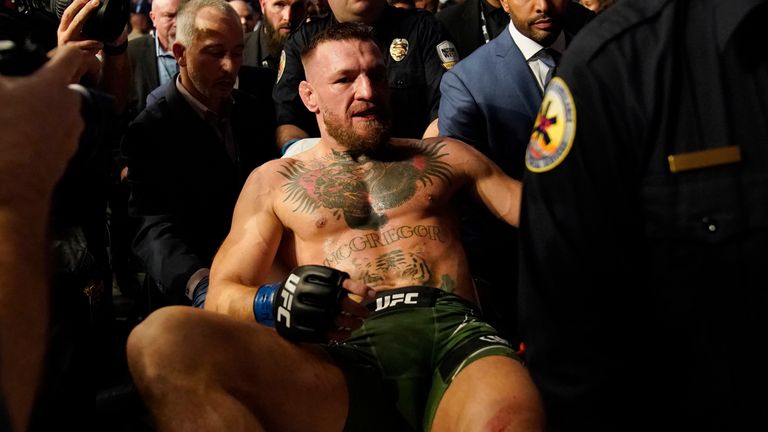 Poirier accused McGregor of pushing his fingers inside his gloves as they were grappling and said he was trying to tell referee Herb Dean about the cheating.

McGregor made his own claims to Rogan after the fight.

“I was boxing the ears off him and kicking the legs off him,” McGregor said. “This is not over,” he added.

The loss takes McGregor to 1-3 in the cage since 2016, when he left the UFC to take on Floyd Mayweather in boxing.

With the victory, Poirier has earned the chance to recapture the lightweight title he held on an interim basis in 2019 prior to a loss to Khabib Nurmagomedov.