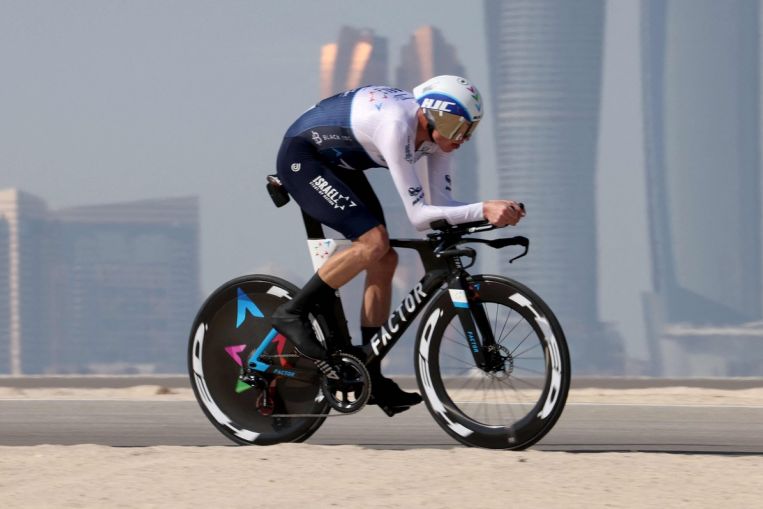 LONDON (REUTERS) – Chris Froome will look to put mind over matter as he bids for a record-equalling fifth Tour de France title this year and the 35-year-old says he wants to join the growing ranks of athletes competing at the top level late into their careers.

Froome said he could see himself racing into his 40s and pointed to the example of Tampa Bay’s 43-year-old quarterback Tom Brady, who won his seventh Super Bowl crown in February.

“It is going to be a huge ask but with four titles, I’ve come so close to the record. There’s nothing holding me back any more,” Froome told the Guardian.

“I’d love to give it my best shot. A lot of it is mind over matter so I hope the body will follow.”

Froome, who won the Tour in 2013 and from 2015-17, was not part of the Tour last year after being left out of the Ineos-Grenadiers squad but is expected to line up with new team Israel Start-Up Nation.

He said he hoped to compete at the highest level for at least another five years.

“We are seeing more and more examples in professional sport with the most recent being Tom Brady, which was an incredible story,” he said.

Froome spent more than three weeks in hospital after breaking his neck, femur, elbow, hip and ribs in a high-speed crash in 2019 but the Briton has made a full recovery.

“I am in no real pain now,” he said. “I get a little discomfort when I sleep on my right side and some burning from where I had a plate inserted but it doesn’t affect me on the bike.”