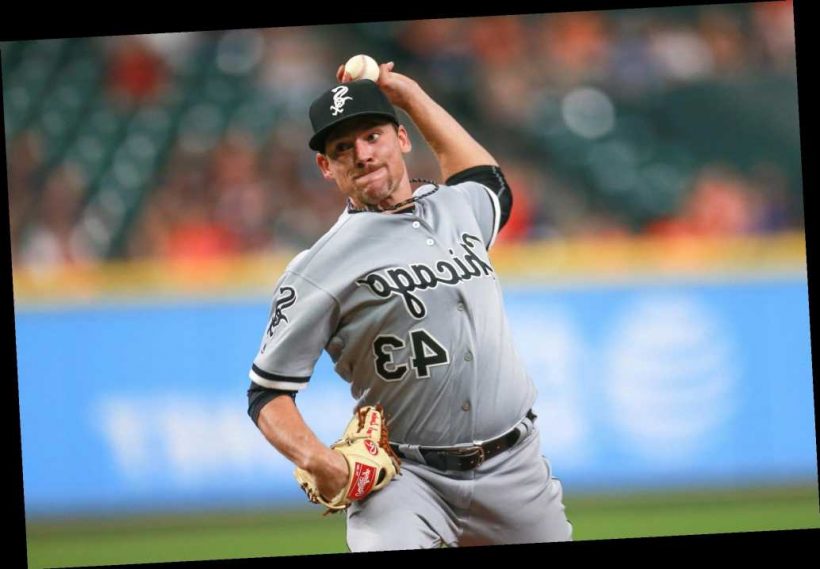 How to bridge divide between MLB and its players

Francisco Lindor can be New York's next icon: 'That type of guy'

Francisco Lindor has everything to be face of Mets franchise

Unorthodox MLB hot stove season has been profitable for some players

What if the 2017 postseason had begun with everyone on highest alert about the 2017 Astros’ chicanery?

What if, to push it further, that October kicked off with, say, Houston’s manager A.J. Hinch and bench coach Alex Cora suspended?

It could have happened, if not for the norms of baseball culture and the realities of media demands.

I learned this while listening to “The Edge,” a terrific, six-episode podcast about the rise and fall of the Astros produced and hosted by Ben Reiter, who made the legendary Sports Illustrated cover prediction — in 2014! — that the Astros would win it all in ‘17 and proceeded to write a book about the franchise’s surge. The podcast serves as a reckoning of sorts for Reiter, who admittedly didn’t realize the illegalities attached to the Astros’ ruthless pursuit of excellence.

In Episode 5 of the podcast, Reiter takes us back to Minute Maid Park on Sept. 21, 2017, what proved to be the last full day of trash-can banging, as you can see here. It pretty much stopped after that because White Sox reliever Danny Farquhar smelled a rat, making it clear to the Astros that he knew they were up to something.

Alas, Farquhar, a six-year veteran who was not really a household name, didn’t make it as clear to the general public.

“I was absolutely shocked the media didn’t approach me after the game,” Farquhar said in the podcast. “I do remember saying it kind of loud to my teammates so maybe one of the media members would catch wind (of it) and start asking me, but nobody asked me why I was so upset.”

Farquhar, Reiter added, “didn’t feel like he had the standing to make such an accusation.” Furthermore, Farquhar said, “Most of my teammates thought I was being paranoid and that I was just being a little crazy, like, ‘Ah, just rumors. Danny’s just hearing things.’ I don’t think most of the guys bought into it. I was absolutely sure that something was happening.”

It was a pretty nondescript game, a 3-1 victory by a rebuilding and mathematically eliminated White Sox club over an Astros team that already had clinched the American League West. Farquhar was the seventh of eight White Sox pitchers used in a three-hour, 17-minute slog. The fourth White Sox pitcher that night, making the 272nd of his 275 big-league appearances, was former Mets starting-rotation stalwart Mike Pelfrey.

“I actually remember (Farquhar) kind of being pretty upset that day,” Pelfrey, now the pitching coach at his alma mater Wichita State, said in a recent telephone interview.

I asked Pelfrey if someone like his old Mets teammate Johan Santana — someone with “standing” — could have summoned the media to his locker and made a big brouhaha over his discovery.

“Probably like everything, if Johan Santana or someone like him who had a lot of pull, if he had a problem, more people are going to maybe listen,” Pelfrey said. “But even if Danny would have said something (more) out loud, gotten somebody’s attention, somebody would’ve looked into it.”

(I reached out to Farquhar, now a minor-league coach in the White Sox organization, to see if I could delve more into this dynamic with him. He politely declined to engage.)

Then I tried to put myself in the position of a White Sox reporter covering that game in Houston. You’re with a team that’s far more focused on its future than on its present; as Dan Hayes, then with NBC Sports Chicago recalled, he had left the White Sox’s major-league club multiple times to watch minor-league prospects Eloy Jimenez, Michael Kopech and Yoan Moncada, all acquired in high-profile trades. You don’t know Farquhar well, as he joined the Chisox less than a month earlier as a free agent, having been released by the Rays, and to be blunt, he’s probably not going to join Jimenez, Kopech, Moncada and others as crucial building blocks. (Sadly and shockingly, Farquhar made huge news the subsequent year when he suffered a brain aneurysm in the White Sox dugout and never pitched in the big leagues again.) So you’re not as locked in on the game as you would be in different circumstances, nor do you toss aside everything to attend to Farquhar raising his voice without summoning you in the post-game clubhouse.

Hayes, who now covers the Twins for The Athletic, dug up the story he wrote that night: Pitcher Chris Volstad picked up his first major-league win in over five years, and it happened after he had essentially shut it down after wrapping things up with Triple-A Charlotte. He was preparing his Florida home for a hurricane when the White Sox, in need of an arm to finish out the string, called on him. Great human-interest story. I would’ve been all over it. I couldn’t be less confident that I would’ve picked up on Farquhar’s suspicions. Shoot, most of Farquhar’s teammates didn’t believe him!

What if Farquhar’s concerns had been reported, either by his being more assertive or reporters being more attuned to him? Could Major League Baseball investigators have figured things out in the two weeks before the playoffs began, without the on-the-record confirmation of Mike Fiers (still an Astro)? At the least, would they have placed a full-time monitor in the Astros’ replay room, preventing them from figuring out a non-banging methodology (still not divulged) to steal opponents’ signs in real time during the postseason?

We can only speculate. Yet like any good saga — how many times did Walter White almost get caught on “Breaking Bad,” or did Jack McGee nearly figure out that David Banner was The Incredible Hulk? — we’re left with coulda/woulda/shoulda moments. We contemplate how the plot could have changed.

This week’s Pop Quiz question came from the late Jan Bottone of Wellesley, Mass.: Name the R&B group that released the 1968 hit “(Love Is Like A) Baseball Game.”

A belated RIP to public-relations legend Howard Rubenstein, who died a few weeks ago. I got to know Howard well during George Steinbrenner’s final decade as The Boss, battling health issues, stepped back from the spotlight and instituted Howard as his de facto frontman. Despite the stress of that assignment, Howard never let us see him sweat; he exuded charm and competence.

The only time I ever saw his perfect equilibrium disrupted was on one occasion in 2003, when he dictated a Steinbrenner statement to me and I began laughing, as the missive was even more over the top than usual.

“Don’t laugh!” Howard scolded me. “This is my job!” I sort of apologized while also pleading with him to recognize the absurdity of what he was giving me, and he quickly chuckled and we moved on without incident.

Your Pop Quiz answer is The Intruders.

If you have a tidbit that connects baseball to popular culture, please send it to me at [email protected]