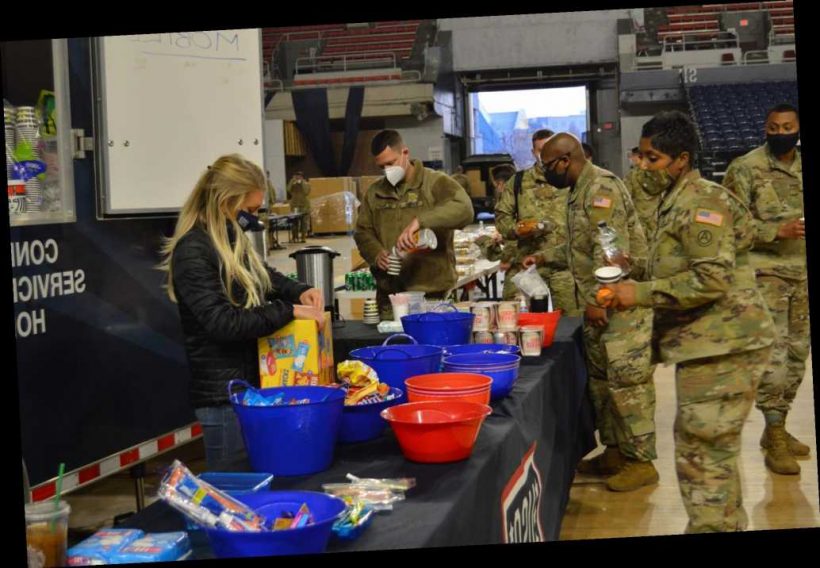 Following the deadly Jan. 6 insurrection at the U.S. Capitol, 25,000 National Guard troops from around the country were called to Washington D.C. to help law enforcement with enhanced security for Inauguration Day.

To make their deployment a little easier, the United Service Organization (USO) stepped up, sending mobile units to provide food, drinks and hygiene items like deodorant, toothbrushes and toothpaste.

The well-being of the troops became a matter of widespread concern when viral photos of Guard members sleeping on the Capitol floor and of lawmakers giving them pizza circulated. People were eager to help, but the National Guard has a policy against accepting donations from the general public.

Enter the USO, the military support organization, which sent mobile vehicles staffed with volunteers. The USO also partnered with McDonalds, which sent its mobile McRig vehicle that provided more than 10,000 hot meals to National Guard troops, a USO release states. Courtney Sweeney, USO's director for the mobile centers, told the Military Times, "We're lucky to have a great relationship with the National Guard… It's really allowed us to get in very early to make sure we are where we need to be for our service members."

The deployment of the National Guard was part of a host of enhanced security measures taken after supporters of Donald Trump stormed the U.S. Capitol in a failed bid to prevent Congress from certifying President's Joe Biden's victory in the November election.

Inauguration Day came and went without anybody in D.C. being injured by violence associated with it. But local authorities responded to four bomb threats, according to the office of Mayor Muriel Bowser, NBC Washington reports.

According to the outlet, citing the U.S. Secret Service, three people were arrested: Two for allegedly having unregistered ammunition and another for possessing a BB gun.