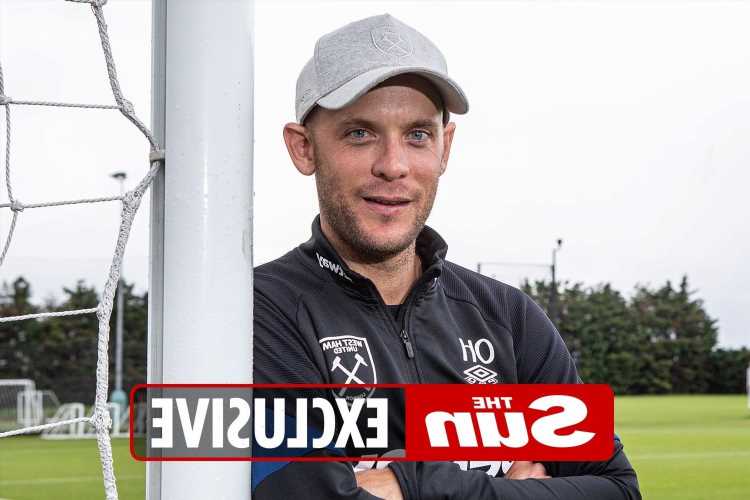 OLLI HARDER was an unknown quantity when he replaced Matt Beard as West Ham Women boss in December.

A seemingly reserved coach whose impressively swift rise to the WSL has taken place away from these shores in the USA, China and most recently, Norway. 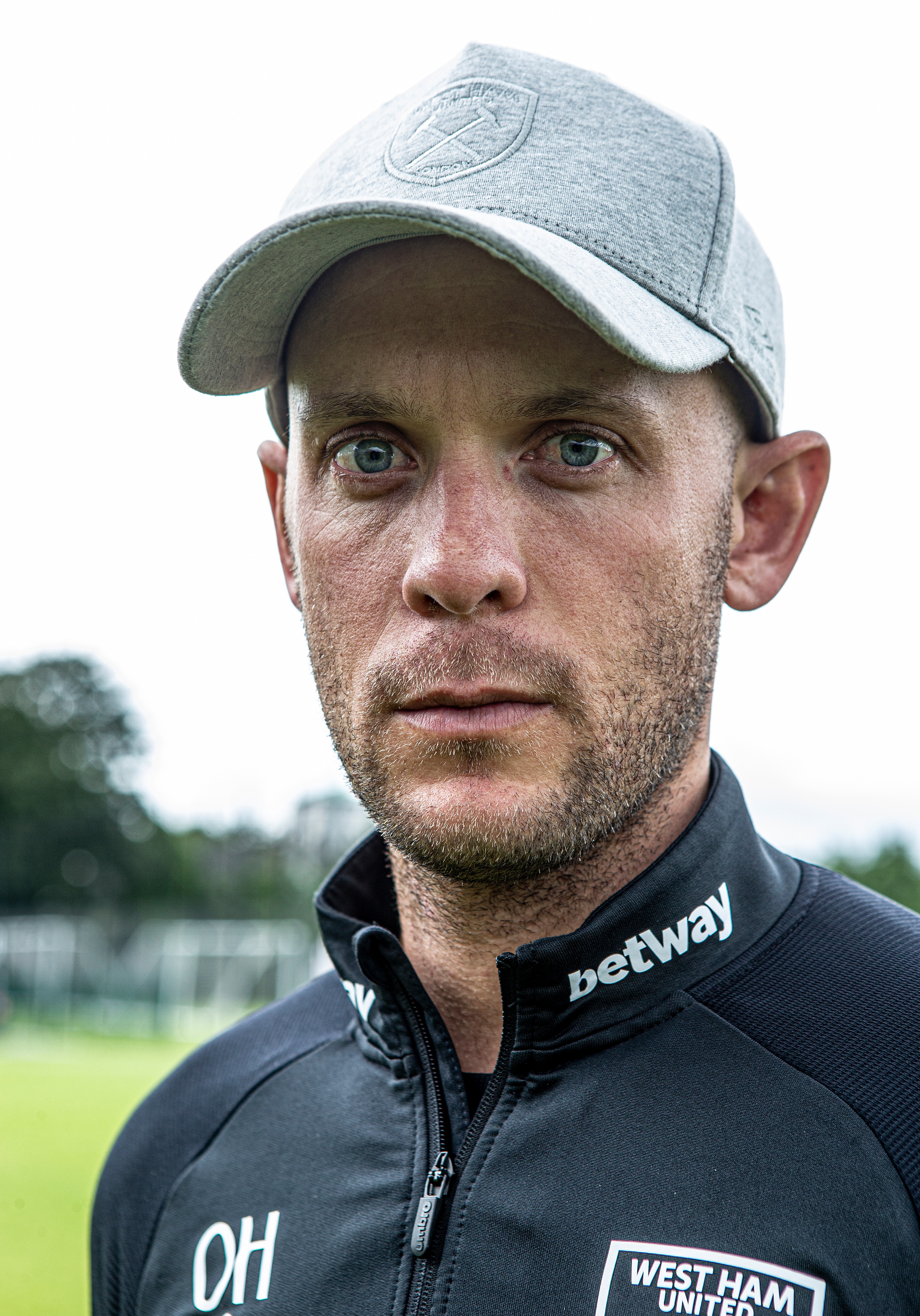 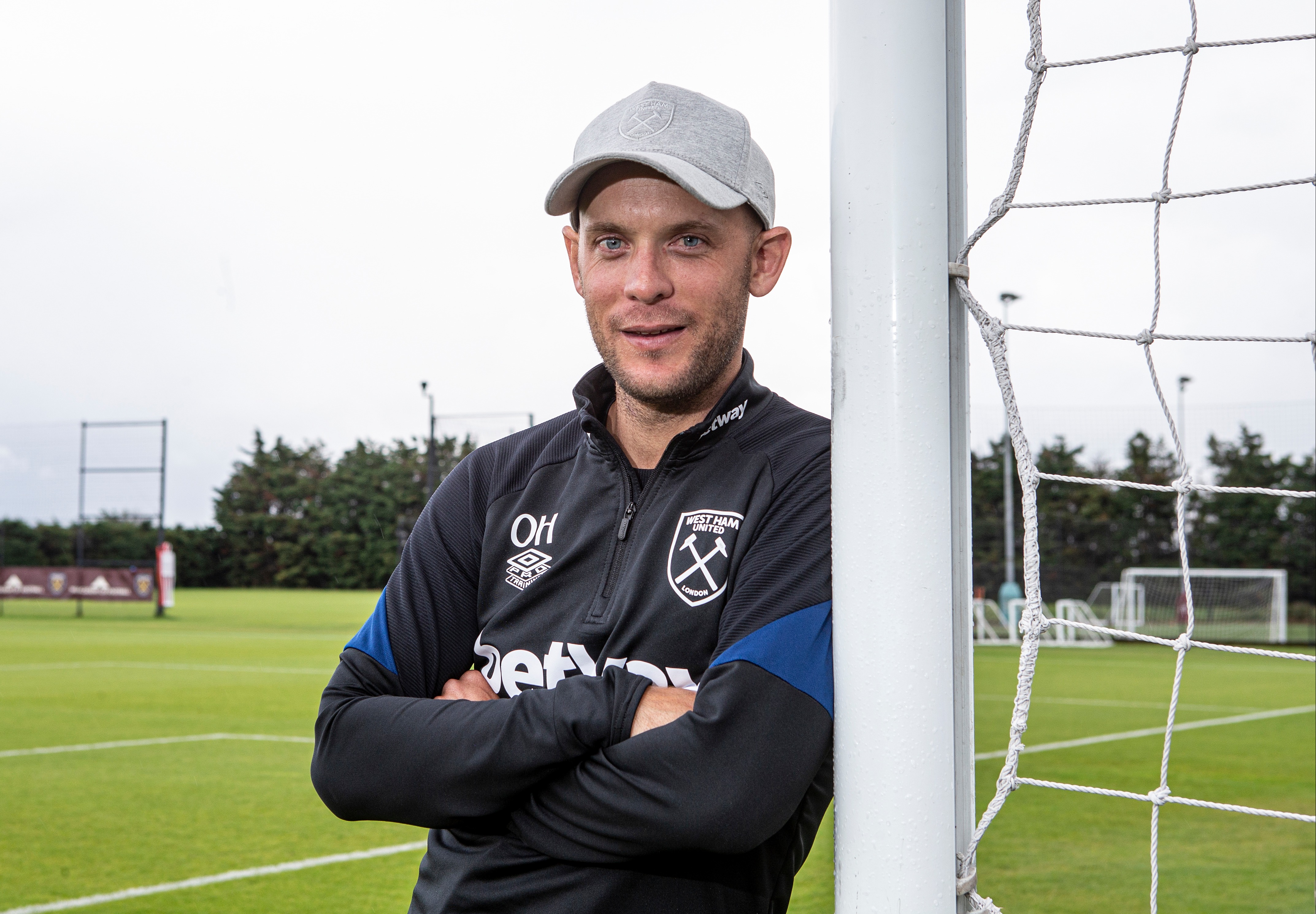 A baptism of fire saw the 35-year-old go seven WSL games without a win, but he drastically improved the Hammers' defence which eventually saw them comfortably avoid relegation and finish ninth.

His highlights include thrashing Reading 5-0, reaching the League Cup semi-finals and two vital goalless draws against Aston Villa – while his team displayed clear improvements in performance and mentality.

By the end of the campaign, the New Zealand-born coach had picked up eight priceless points in very challenging circumstances – having joined mid-season, inherited someone else's squad and with Covid still wreaking havoc.

But he achieved his primary objective of survival and, with Harder signed up to a two-and-a-half year deal, West Ham are a club looking forward and up, rather than backwards and down.

During an exclusive interview with SunSport at Chadwell Heath – Harder’s first since taking charge of the Hammers – he explained the positive changes he has seen during his time with the East Londoners.

He said: "I’m very pleased with the direction things are going. The turnaround in mentality in the group is vastly different to how it was when I arrived in January. 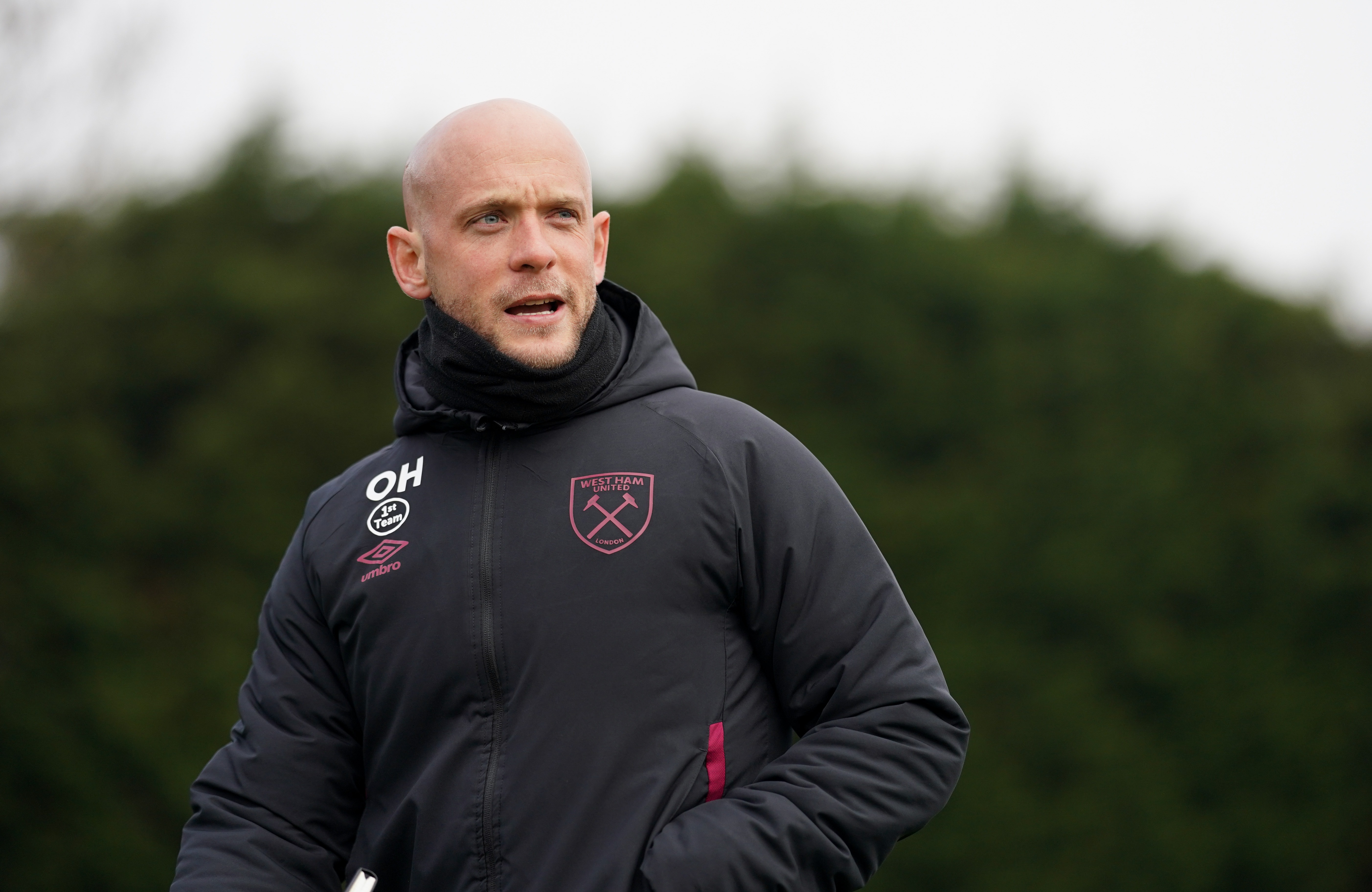 “And I want to stress that's not in a good or bad way. I'm not being disrespectful in terms of what was happening previously.

"It's just different. And it's more me."

Harder is a twin to Emily and the second-youngest of five children to German parents Wolfgang, 71, an electrician, and Kerstin, 69, an international teacher.

Born in the remote Bay of Islands on the northern peninsula of New Zealand’s North Island, the former Russell resident had a unique upbringing.

As one of very few ‘foreign families’ in the small town of 500 residents, it could be assumed the new kid on the WSL block is used to standing out.

But other than having some ‘weird things to eat’ and different traditions, Harder never felt like an outsider growing up and has no desire to be the centre of attention now.

'I'M NOT TRYING TO BE ANYONE ELSE'

He explained: “I’m usually quite happy to go under the radar. Just head down and work hard.

“That’s the mentality we try to breed into the girls. But that obviously stems from myself and I’m not somebody who relishes the limelight.

“I’m quite happy to be a bit of an unknown quantity.

"It’s about authenticity. I am who I am, I’m not trying to be anyone else."

In many ways Harder ticks all the 'stereotypical New Zealander' boxes – friendly, relaxed and witty.

And having spent many childhood days surfing the Pacific Ocean waves when his ferry to school was cancelled, it’s easy to see why. 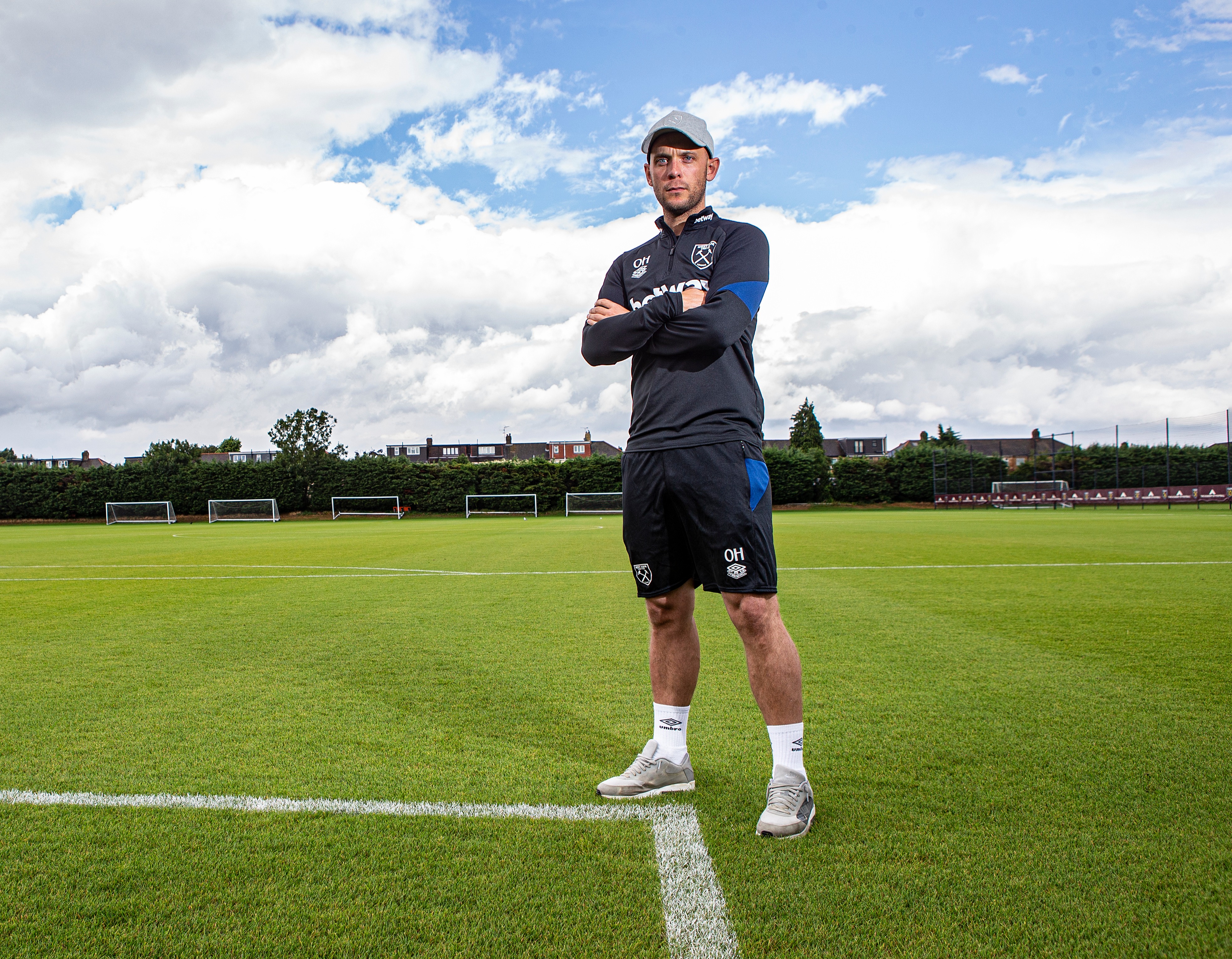 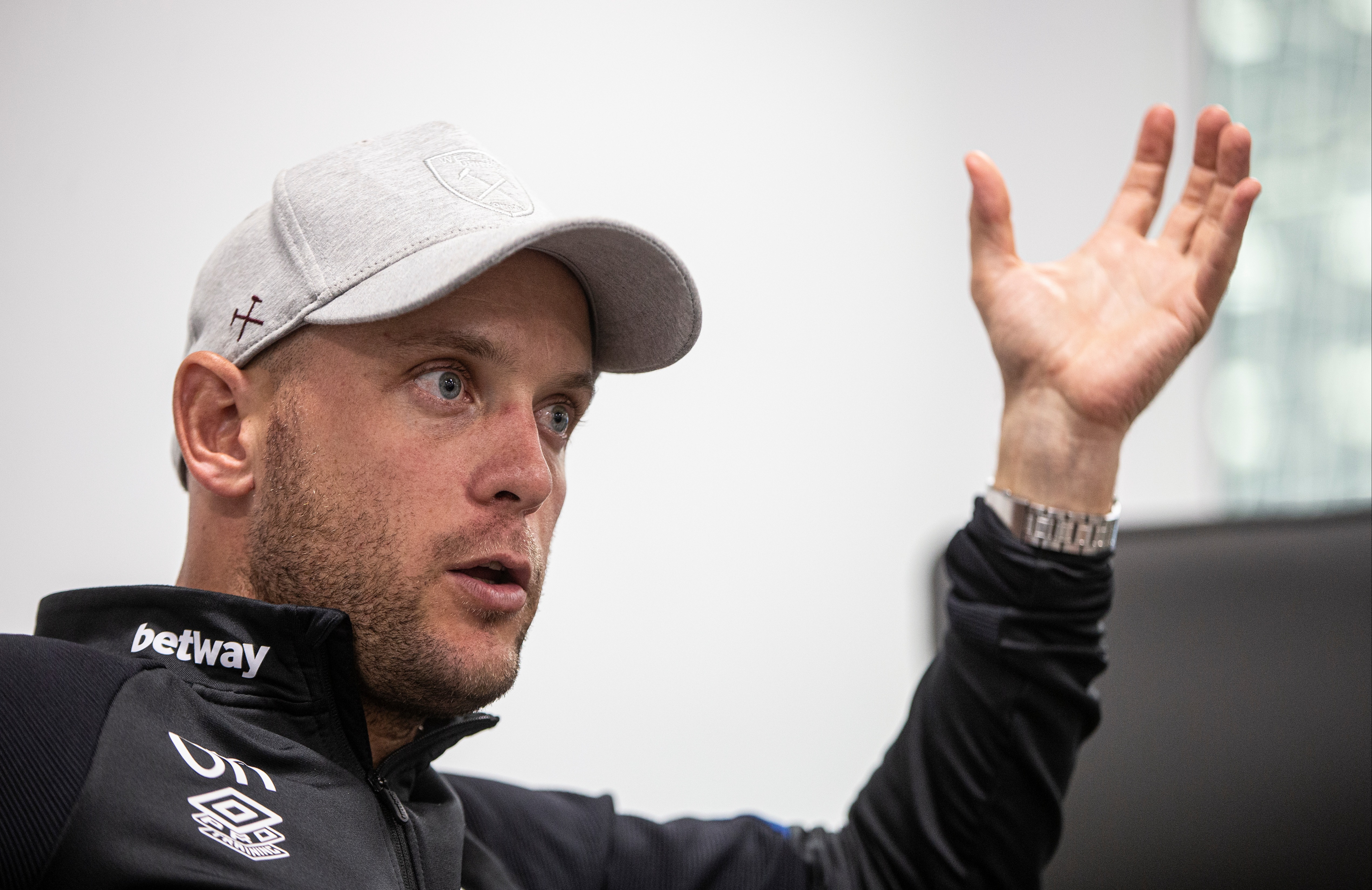 But his intense, driven streak and the steely look in his eyes – similar to West Ham’s much-loved Kiwi Winston Reid – really sets him apart from many of his countrymen.

Like most New Zealanders, Harder dreamed of being an All-Black when he was young but his dad, a ‘deep-rooted German’ in those days, had other plans.

Harder said: “My father was quite strong on playing football. Pretty much anything but rugby. He thought rugby was a bit rough and for brutes.

“He’s quite a thoughtful man and always wanted to me play a sport that – in his eyes – required more of your brain.”

And after an hour in his company, it is clear Harder Snr’s thoughtful trait has been passed down a generation.

Harder’s predecessor Beard is well-known and generally well-liked within the WSL.

The Liverpool Women boss made history at West Ham by leading them to their first ever FA Cup final in 2019 – a 3-0 loss to Manchester City.

But after several glitzy new signings for the second summer running and a stack of pre-season expectation, the 43-year-old’s passionate, chest-thumping style looked destined to send the Hammers down last season rather than into Europe.

As a result he left by mutual consent on November 19 and Harder was appointed on December 23.

The contrast in styles is stark. And many suggested then managing director Jack Sullivan's decision to appoint Harder’s chalk to Beard’s cheese was too much of a gear change.

But the personable Kiwi is not concerned by other people’s opinions and is confident in his approach. It also looks like such a switch was exactly what the club needed. 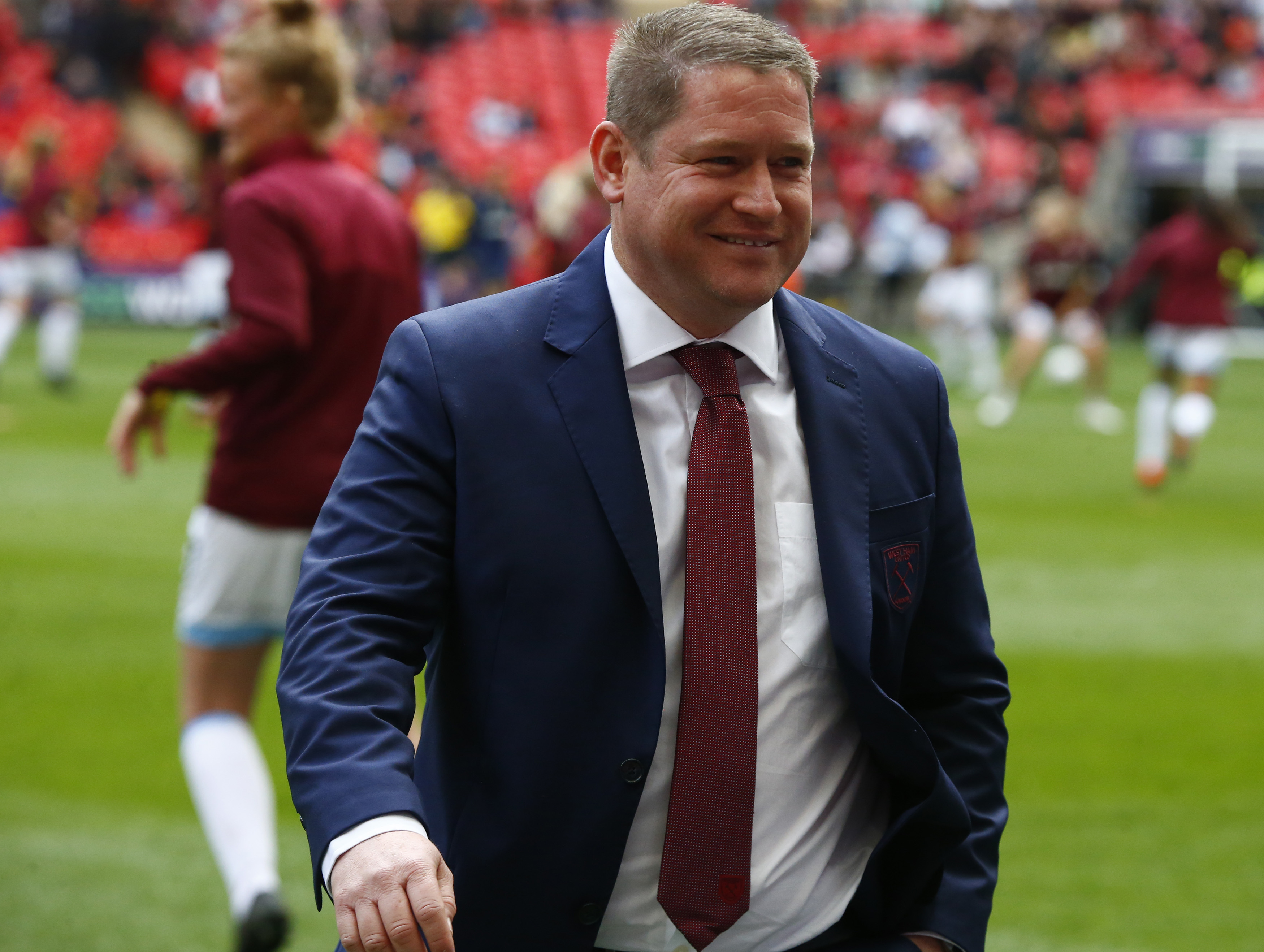 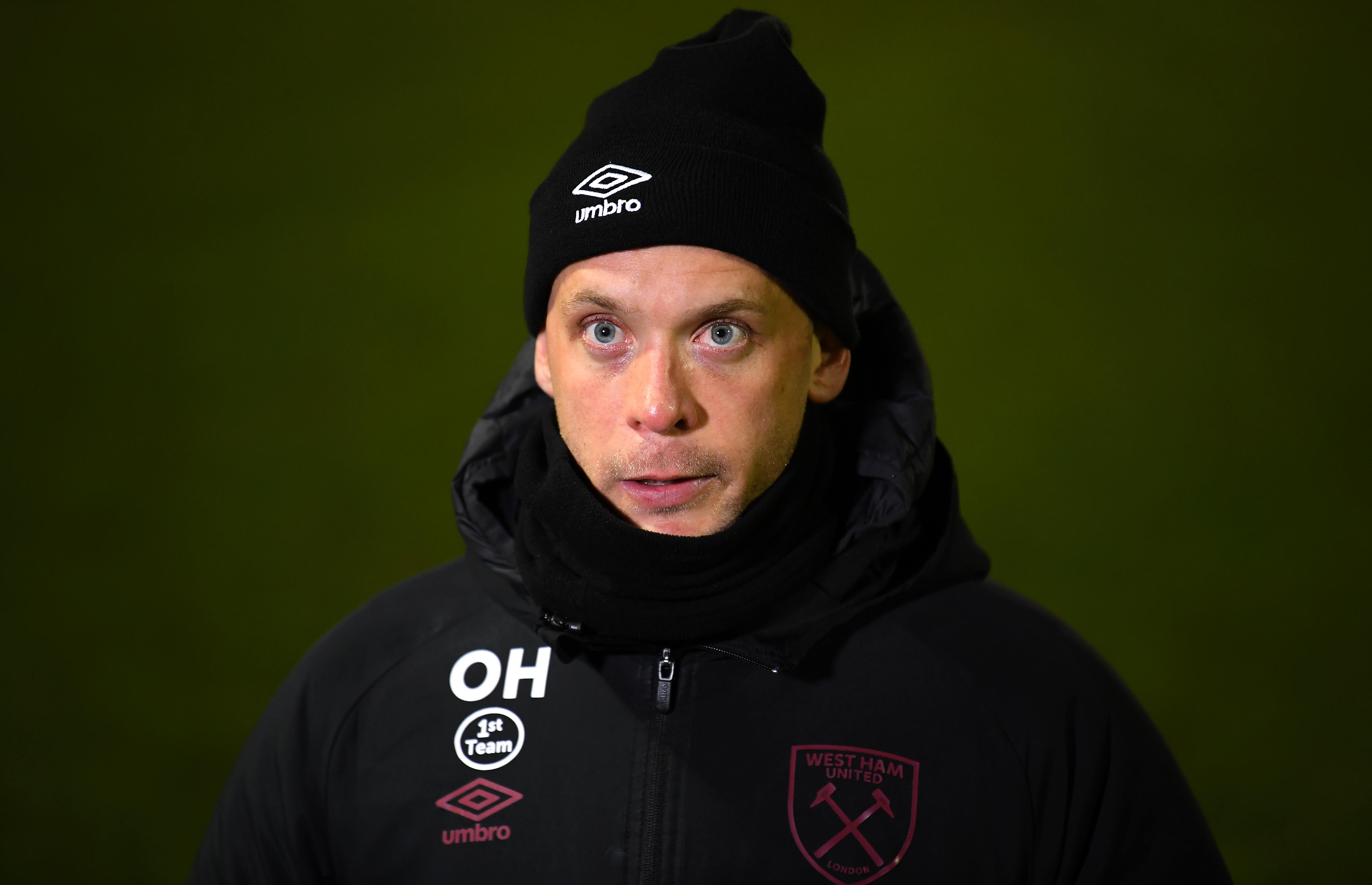 Asked about his management style, Harder explained: “Respect is a big thing for me.

“One of the main things I introduced into the football club – which may or may have not been here previously, but certainly wasn’t apparent – was a set of values within our changing room and within our community on the female side.

“If you walk through the building here, you see a lot of things on the wall – ‘togetherness’, ‘attitude’ and all the bits and pieces that have made the West Ham academy world famous.

“For me that’s always been important. So we have values in terms of respect, discipline and communication.

“And we use a Norwegian word ‘Sumhold’ which means unity and togetherness."

In Harder’s homeland, the all-conquering All-Blacks have a famous ‘No d***heads’ policy.

'HAVE TO HAVE HUMILITY'

And amid his eloquent, intelligent and detailed answers, you sense he may have adopted a similar no-nonsense approach of his own.

Asked what he looks for from players when assembling a squad, Harder said: “Yes you have to be a good footballer but No 1 is mentality. It’s about having the humility to understand this is a team game.

“There’s nothing wrong with having big personalities, or star players but I think the way you are as a person is really important.

“The way you approach a conversation, the way you interact with coaching staff or with fellow team-mates is huge for me.”

Just nine years ago, Harder was leading Wilton Blue Under-11s to the Connecticut Junior Soccer Association Southwest District B Division title in the USA and has been on a rapid and varied journey since.

Despite speaking four languages, having German parents and having worked all over the world before he took the reins in East London, Harder has retained his thick New Zealand accent.

And in typical Kiwi fashion, the former goalkeeper was brutally honest about the challenges that have come with earning a living 11,264 miles from home in the middle of a global pandemic. 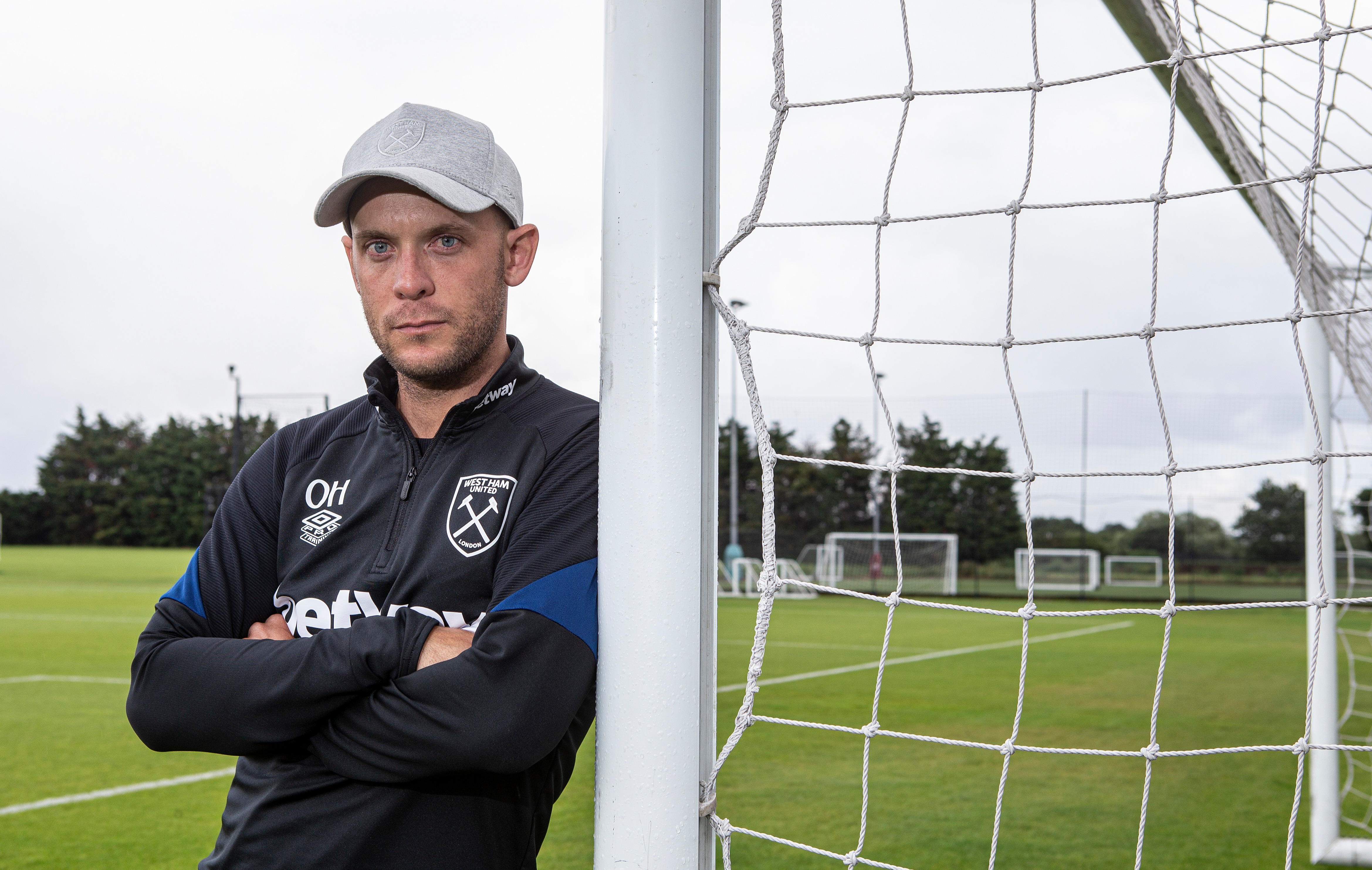 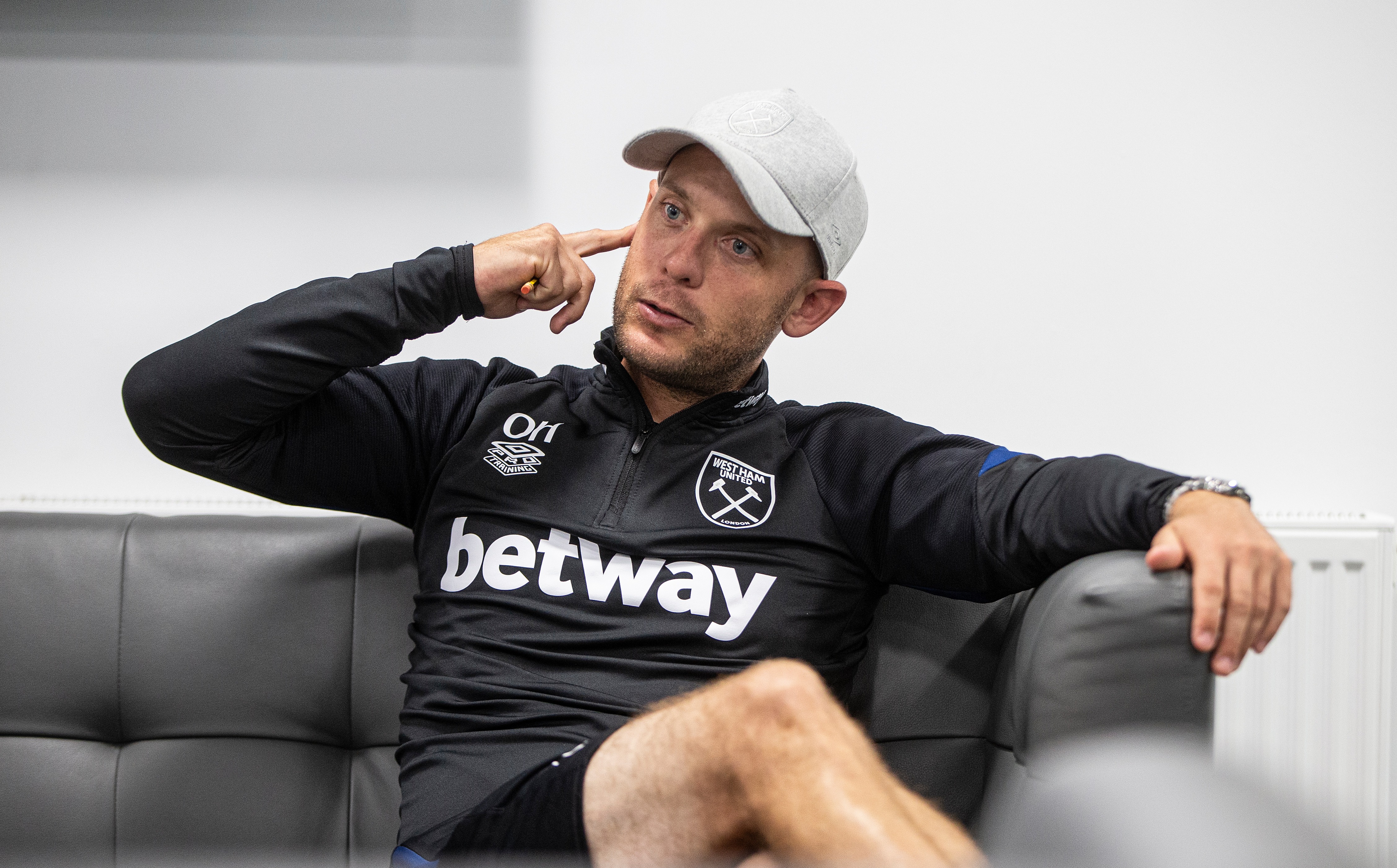 He explained: “I haven’t seen my family for four or five years now.

“I have nieces, nephews, a mother and father and brothers and sisters I don’t get to see. It's been a real challenge.

"I was supposed to go home for Christmas and I probably can’t go again this Christmas.

“My siblings are all married with kids so I have seven beautiful nieces and nephews who are growing up fast and I’m that weird Uncle Olli on the other side of the world.

“But that’s the price of the ticket. I need to enjoy what I’m doing because if I’m not, what's the point?”

Harder is the WSL’s joint-youngest manager. He is single and child-free, living in London’s Canning Town and prevented from making new friends because of Covid.

So how does he switch off from the pressures of managing in one of the biggest women’s leagues in the world?

'GOT TO BE A FEW SCREWS LOOSE'

He said: “I’ve always been someone that’s quite intense and probably over-thinks things.

“All of us who are in these jobs – there’s got to be a few screws loose because it’s certainly not as simplistic as fans might think.

“Particularly from an emotional standpoint in terms of the amount of investment you need to put into managing human beings.

“It’s important to be able to switch off. So when I do, normally I would say I hang with friends but I haven’t really got any [in London] because Covid’s killed that.

“So I’m in a situation where I’m by myself, I’m trying to make friends and do things outside of football."

It is hard not to sympathise with the approachable coach and his somewhat isolated situation. But for now, he is content enough with his guitar for company and is able to look on the bright side.

He added: "I’m really big into music. I played the drums, the bass and piano growing up.

"I’ve got my guitar here with me, but it’s a bit hard to carry a piano about!

“But if I really want to switch off, I just just chill out and play the blues."

Beard's style may have made better TV for the Hammers based, 2020 BBC documentary 'Squad Goals' than Harder's laid-back and thoughtful demeanour.

West Ham Women boss Olli Harder sat down for an exclusive interview with SunSport, and here’s how the East Londoners kick off their 2021-22 WSL campaign.

But with no more cameras, no more Beard and no more Sullivan, 21, you sense focus will be solely on the football at West Ham Women next season.

Harder's philosophies suggest he's the perfect man to lead the club at such a time but his main challenge will be getting the players to absorb his ideas.

Only time and – most importantly – results will tell if he can. 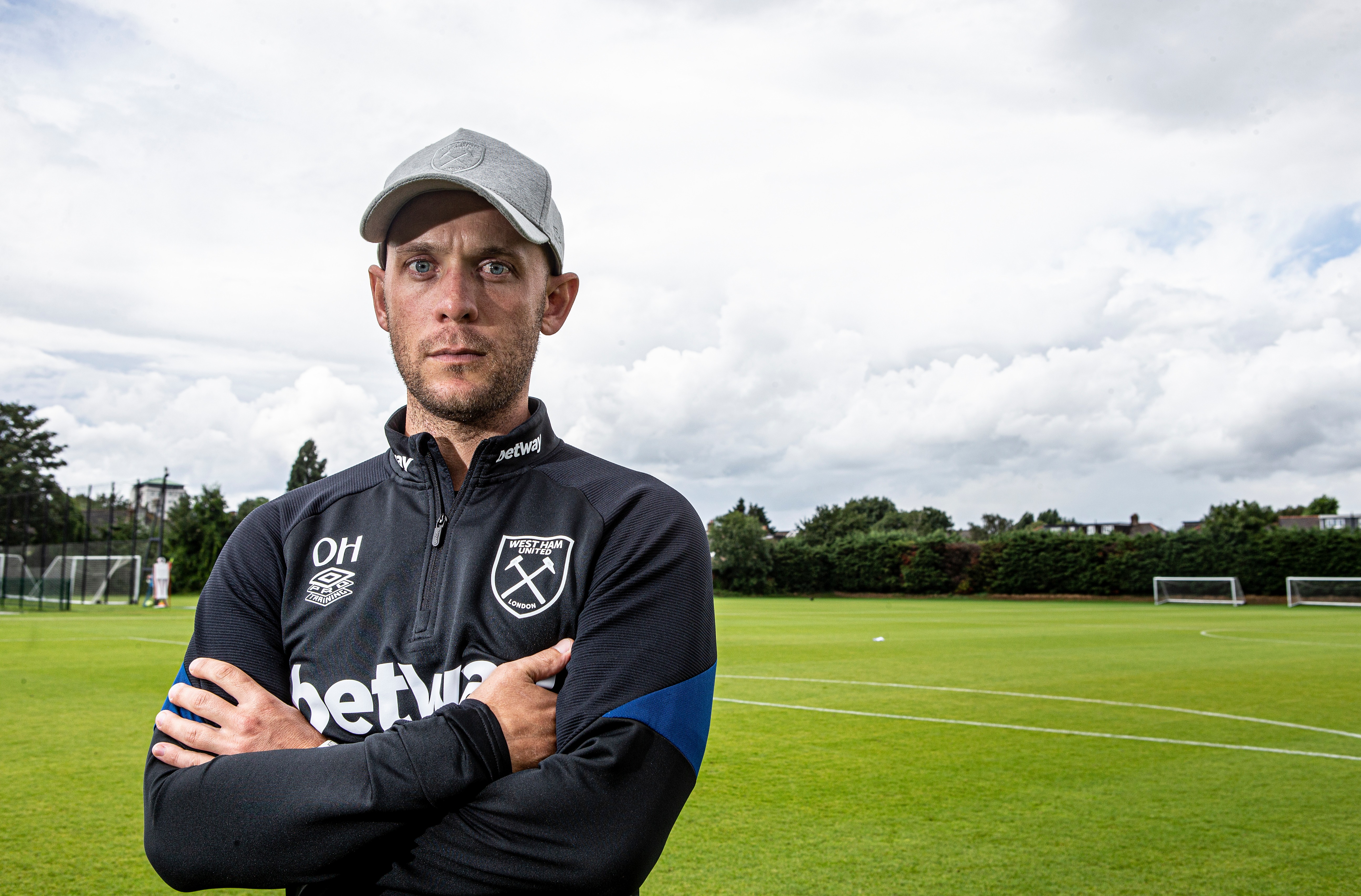 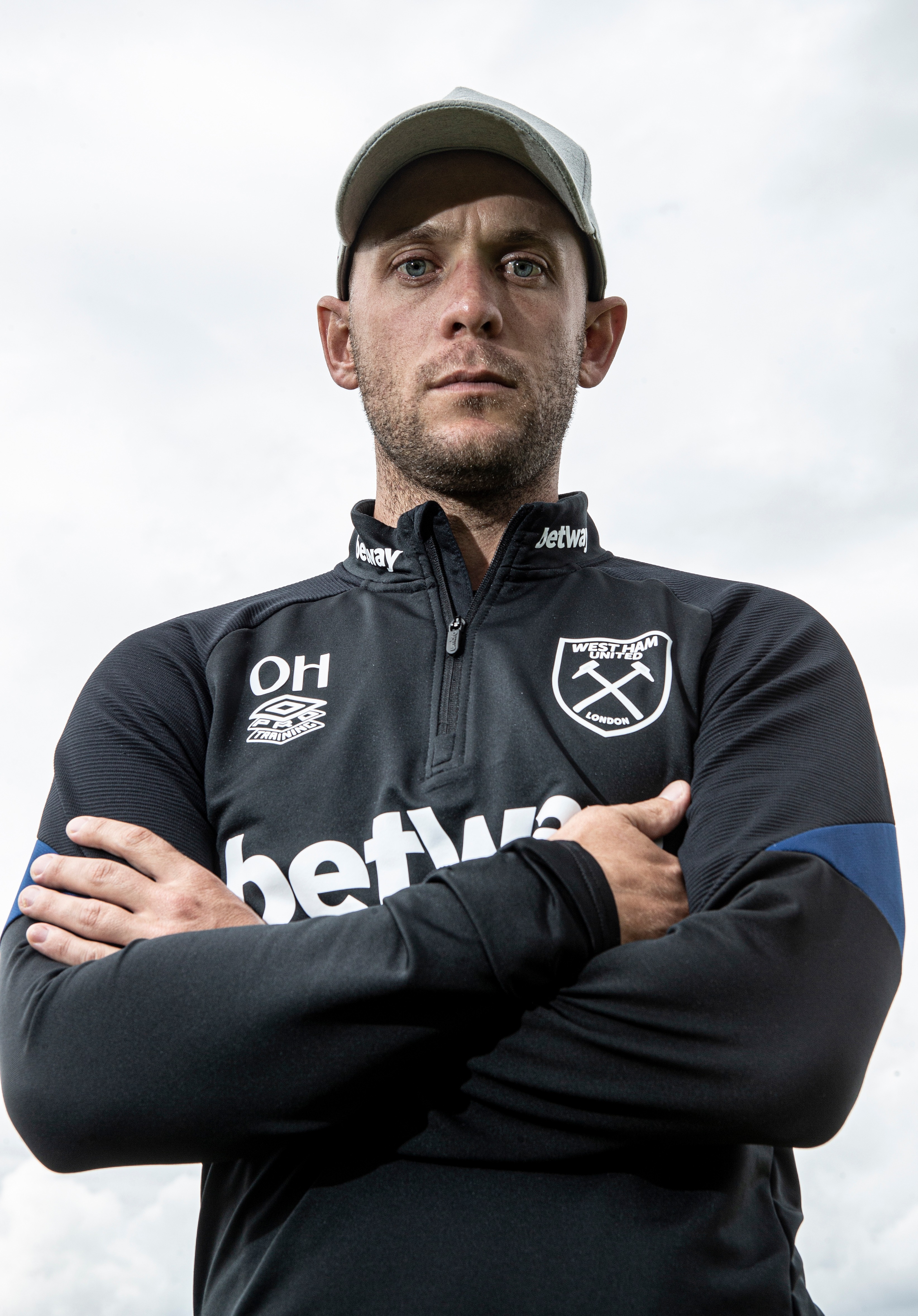