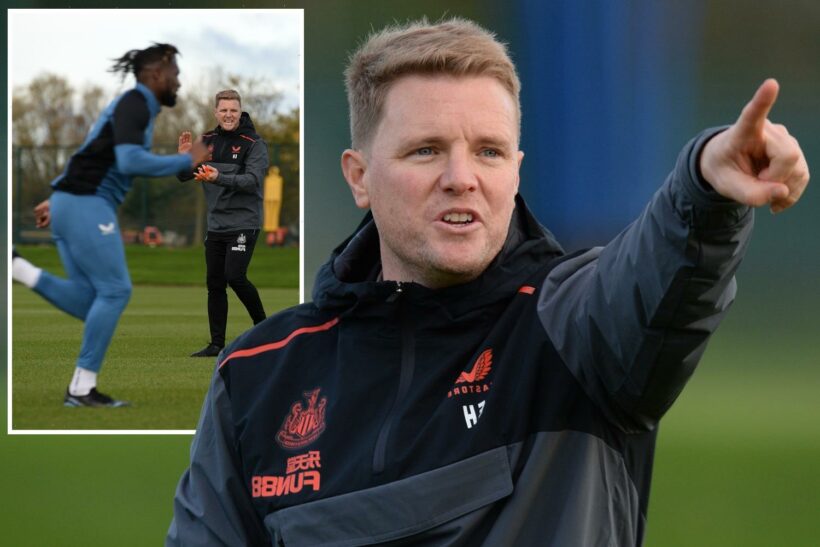 EDDIE HOWE was all smiles as he took his first training session in charge of Newcastle United earlier today.

The former Bournemouth boss arrived at his new club's training ground bright and early at 6:55am meaning business. 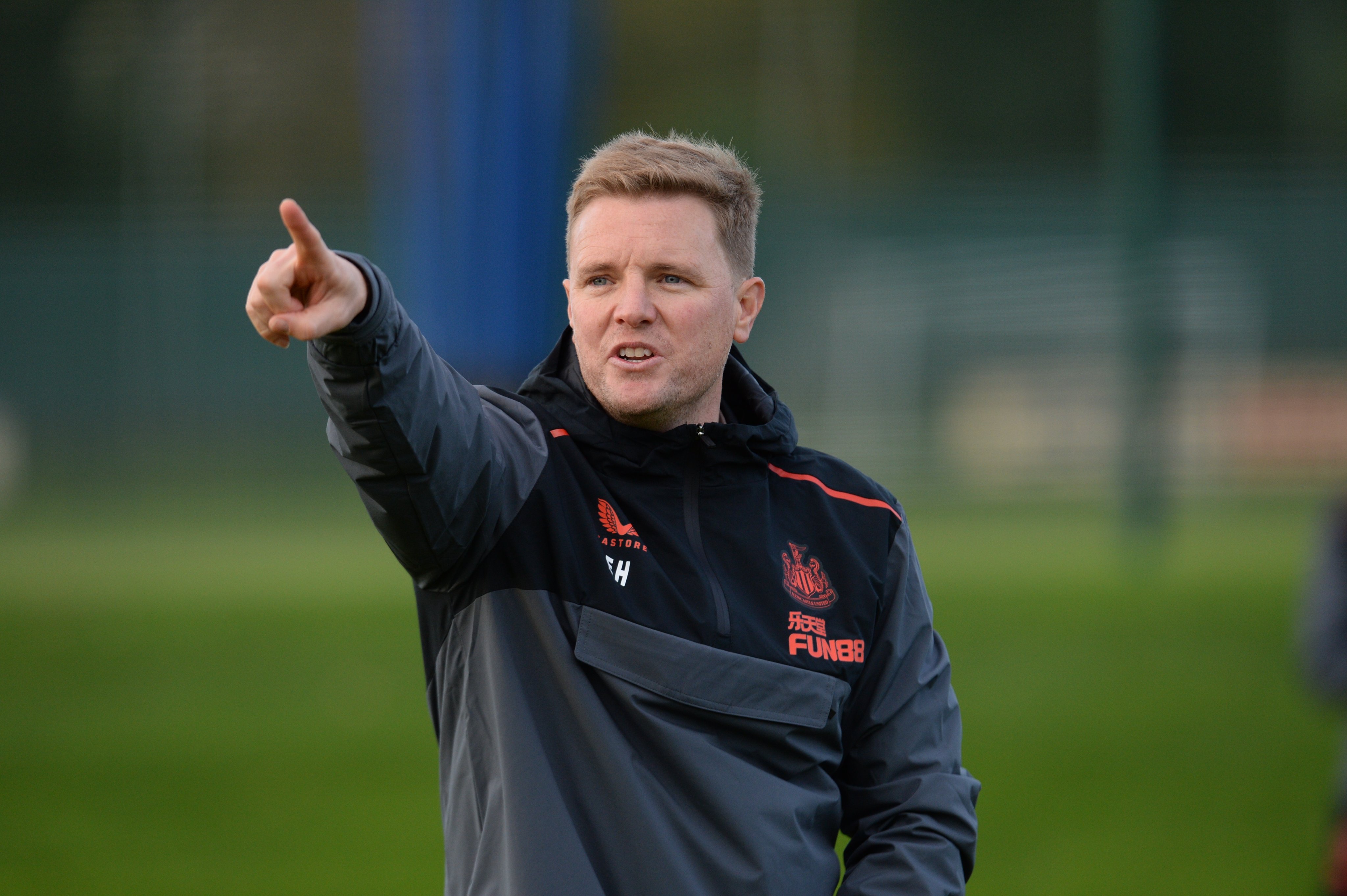 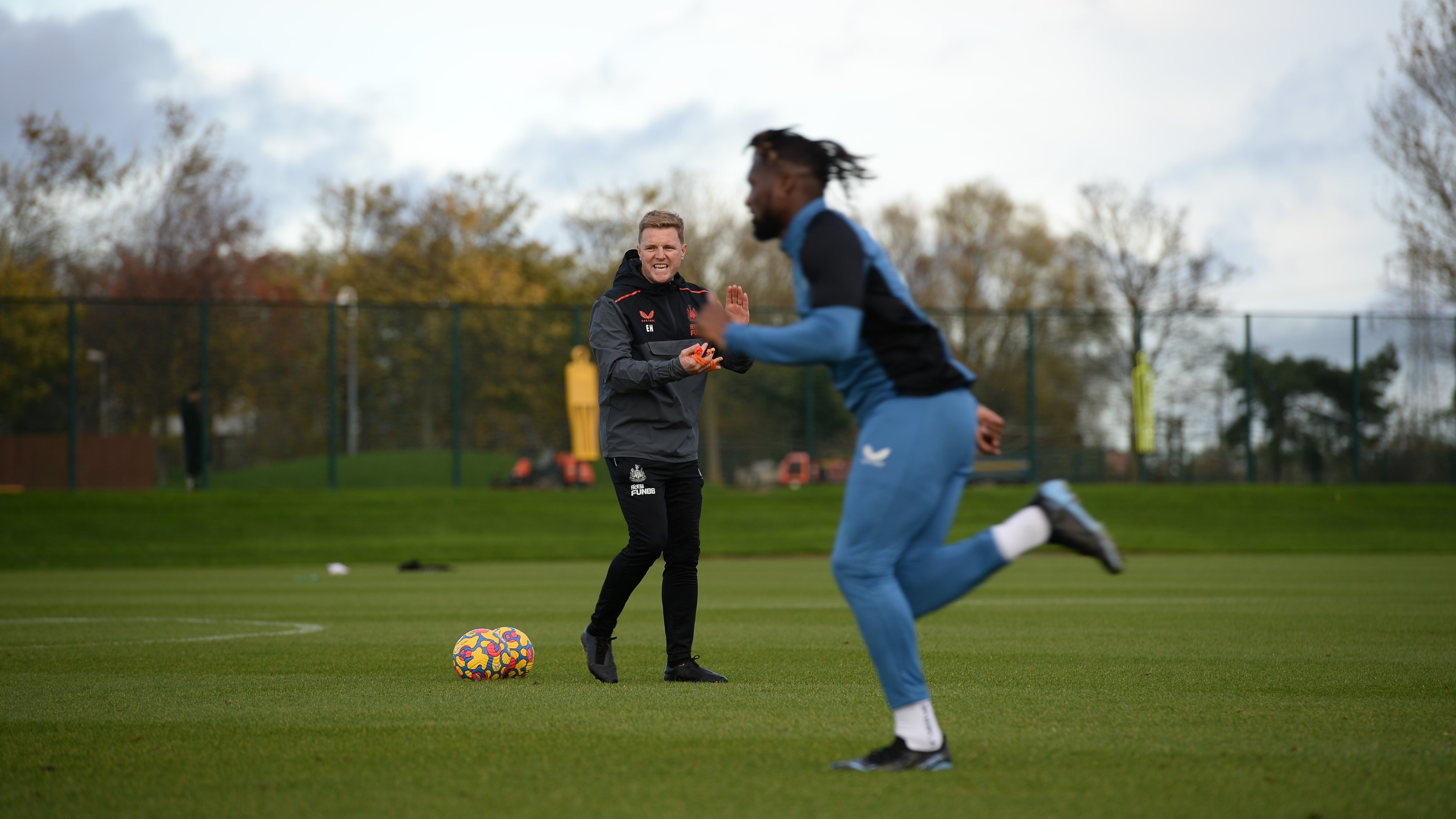 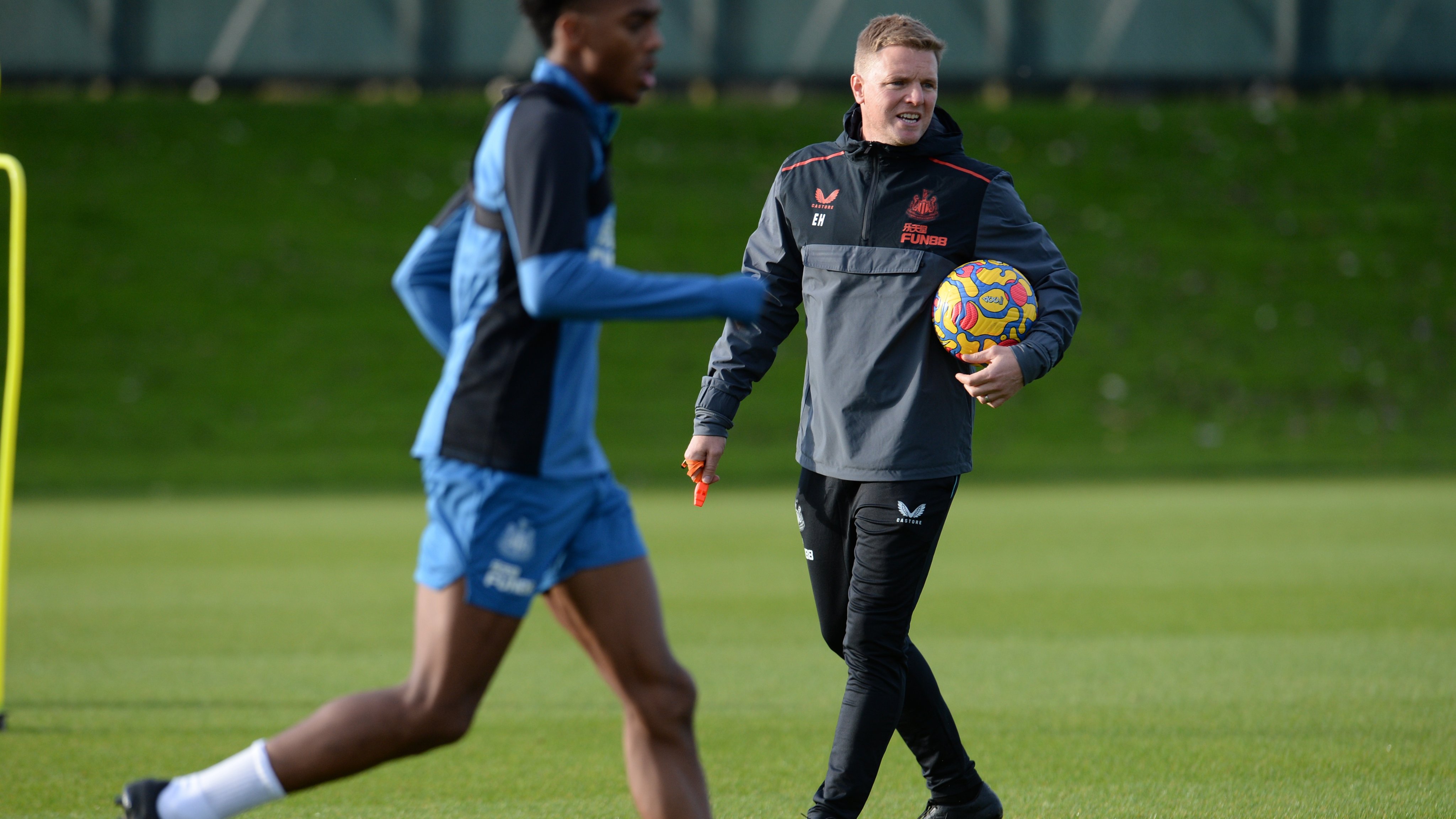 Howe, 43, returned to management yesterday when he penned a new two-and-a-half-year deal with the Toon.

He was all business today, as he ran the rule over his much-maligned new playing squad.

Newcastle sit a perilous 19th in the Premier League, and are yet to win any of their first 11 games this term.

But Howe was able to raise a smile as he put his under-performing stars through their paces.

He will hope to inspire his new charges to a much-needed victory after the international break, as his reign begins with a home clash against Brentford.

Key to success will be getting more out of his struggling squad, before being able to bolster his ranks in January.

The Magpies have been linked with a number of high-profile stars already – including Manchester United duo Donny van de Beek and Jesse Lingard.

Howe is reportedly set to be given a £50m transfer kitty for the January window.

Club chiefs are hoping to secure the appointment of former Chelsea supremo Michael Emenalo as their new technical director.

The Nigerian resigned from his post at Stamford Bridge in November 2017 after ten years with the Blues.

He is said to be a big fan of Howe's, and could form a dream team with the Toon's new boss at St James' Park.

Upon his official unveiling yesterday, Howe said: "It is a great honour to become head coach of a club with the stature and history of Newcastle.

“It is a very proud day for me and my family. This is a wonderful opportunity, but there is also a lot of work ahead of us.

“I am eager to get onto the training ground to start working with the players. I would like to thank the club’s owners for this opportunity and thank the club’s supporters for the incredible welcome they have already given me.

“I am very excited to begin our journey together.”