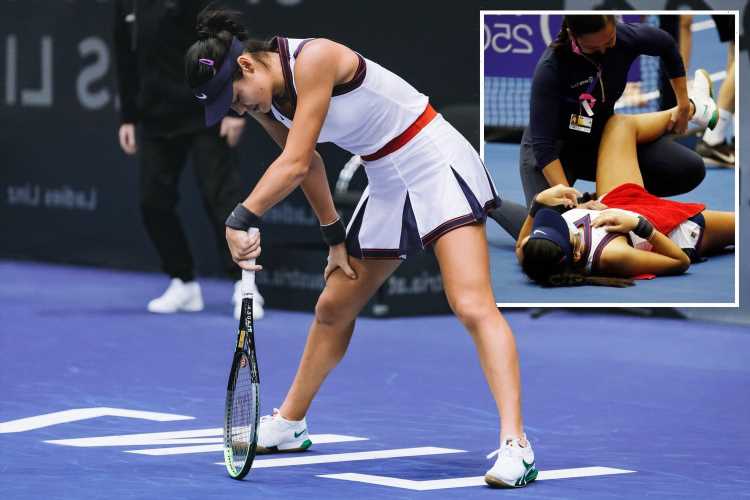 EMMA RADUCANU ended a magnificent season with an injury-hit loss at the Upper Austria Ladies Linz – but proved a point to England rugby coach Eddie Jones.

Despite fighting back to force a third set, the 18-year-old was defeated 6-1 6-7 7-5 by Chinese qualifier Wang Xinyu in the second round in Austria, the final WTA event on the European calendar. 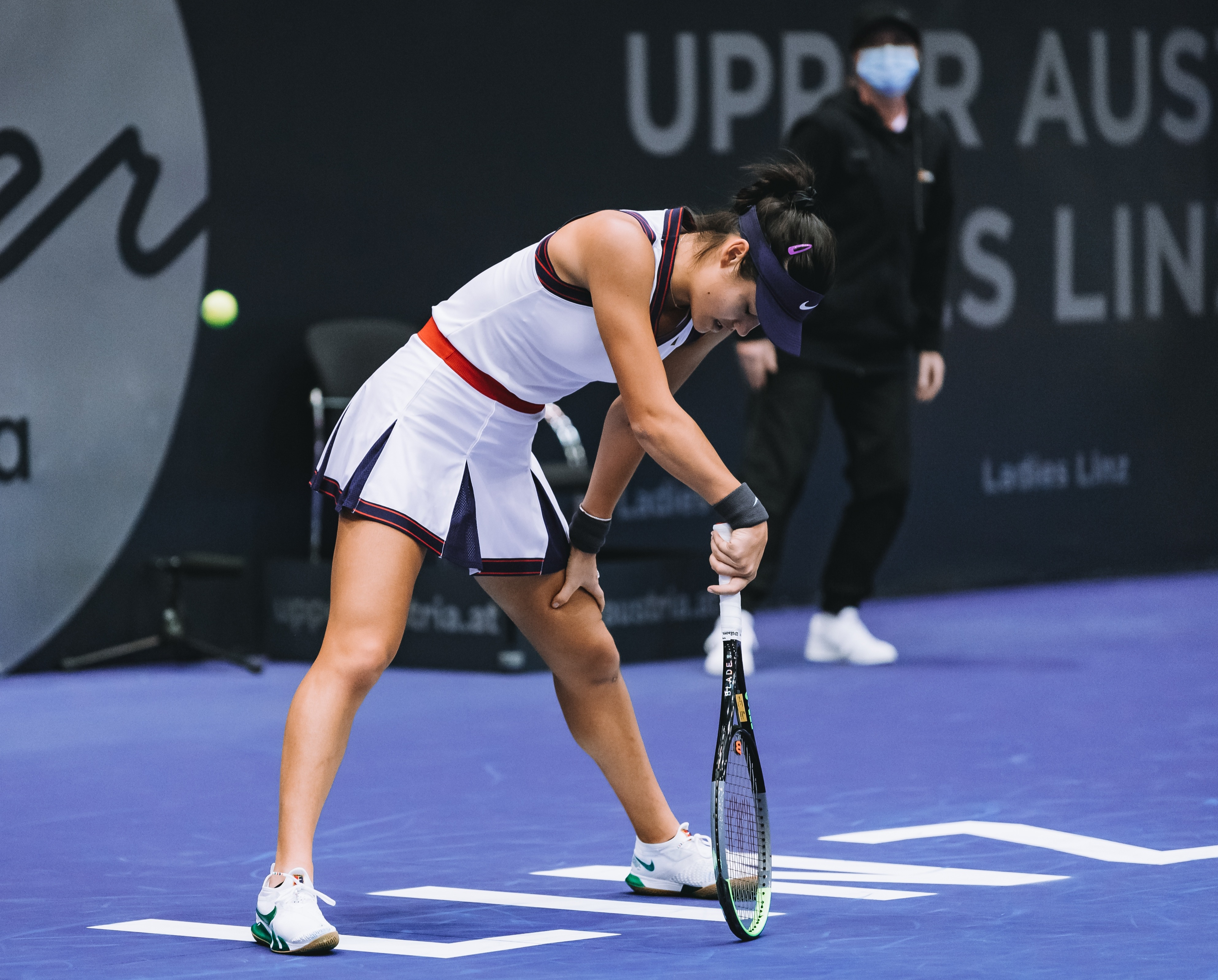 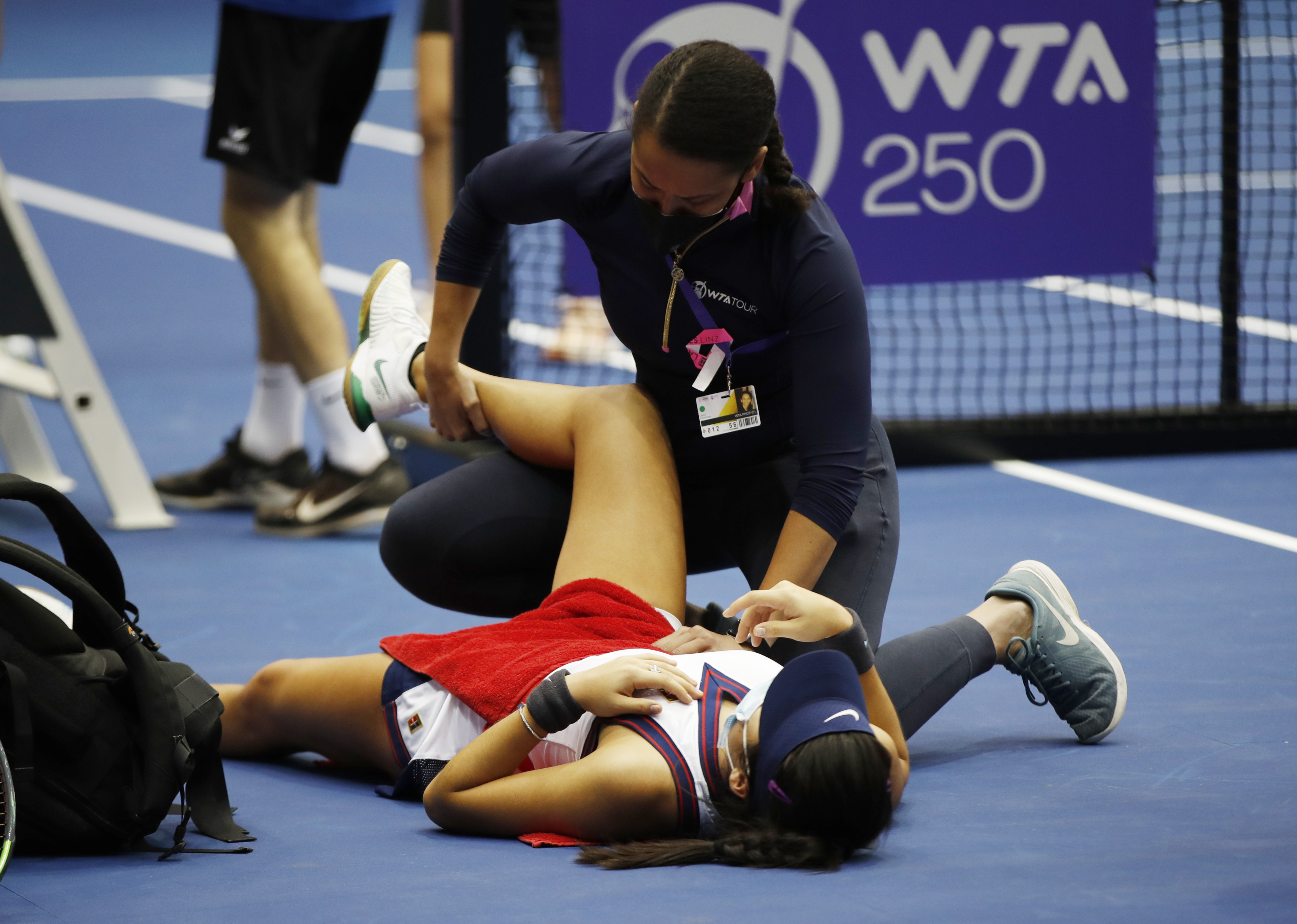 It was a third defeat in five matches since that famous US Open victory in September and the world No106 represents the lowest-ranked player the Brit has lost to since June.

Yet Raducanu injured her leg after landing awkwardly in the eighth game of the third set and required medical treatment before being knocked out of the competition.

It was a sad way to finish an incredible year that saw her win a maiden Slam and become a worldwide sensation.

At least Raducanu – who was watched courtside by her mum Renee – can now fly home and take a much-earned break before focusing on preparations for the 2022 season that begins in Australia.

After that week’s holiday, she will hook up with new coach Torben Beltz after the German, 44, stopped working with multiple Grand Slam champion Angelique Kerber.

The world No20 and her agent were photographed meeting Beltz in a coffee house in Orpington last month following trials at the nearby Bromley Tennis Centre.

On the eve of this second-round match, Jones had suggested Raducanu’s form had been affected by off-court commitments since the fairy tale New York triumph.

The Australian was trying to use the tennis teen’s growing commercial “distractions” in recent months as a warning of the pitfalls facing emerging England star Marcus Smith.

Those comments were widely condemned on social media by the likes of Judy Murray, TV presenter Gabby Logan and the Women in Sport organisation.

Now Jones could potentially use this defeat as evidence he was right and argue Raducanu’s form has dipped in recent weeks.

But that would be extremely unfair – Wang played incredibly well in stages and responded to losing the opening game by breaking Raducanu’s serve THREE times in a 32-minute first set.

The second set was much tighter as Raducanu started to read and react to the Wang serve much better.

It appeared as if Raducanu, who claimed the second-set tie-break 7-0, would go on to win this clash and cap a brilliant comeback but an untimely injury proved her undoing.

Showing great resilience and toughness, Raducanu saved two match points and refused to buckle for more than 15 minutes until she was overpowered by Wang in the 12th game.

If one of Jones's players displayed the same type of determination, he would have been the first to praise them. Maybe if he had watched this match he would have changed his opinion on the Bromley teen. 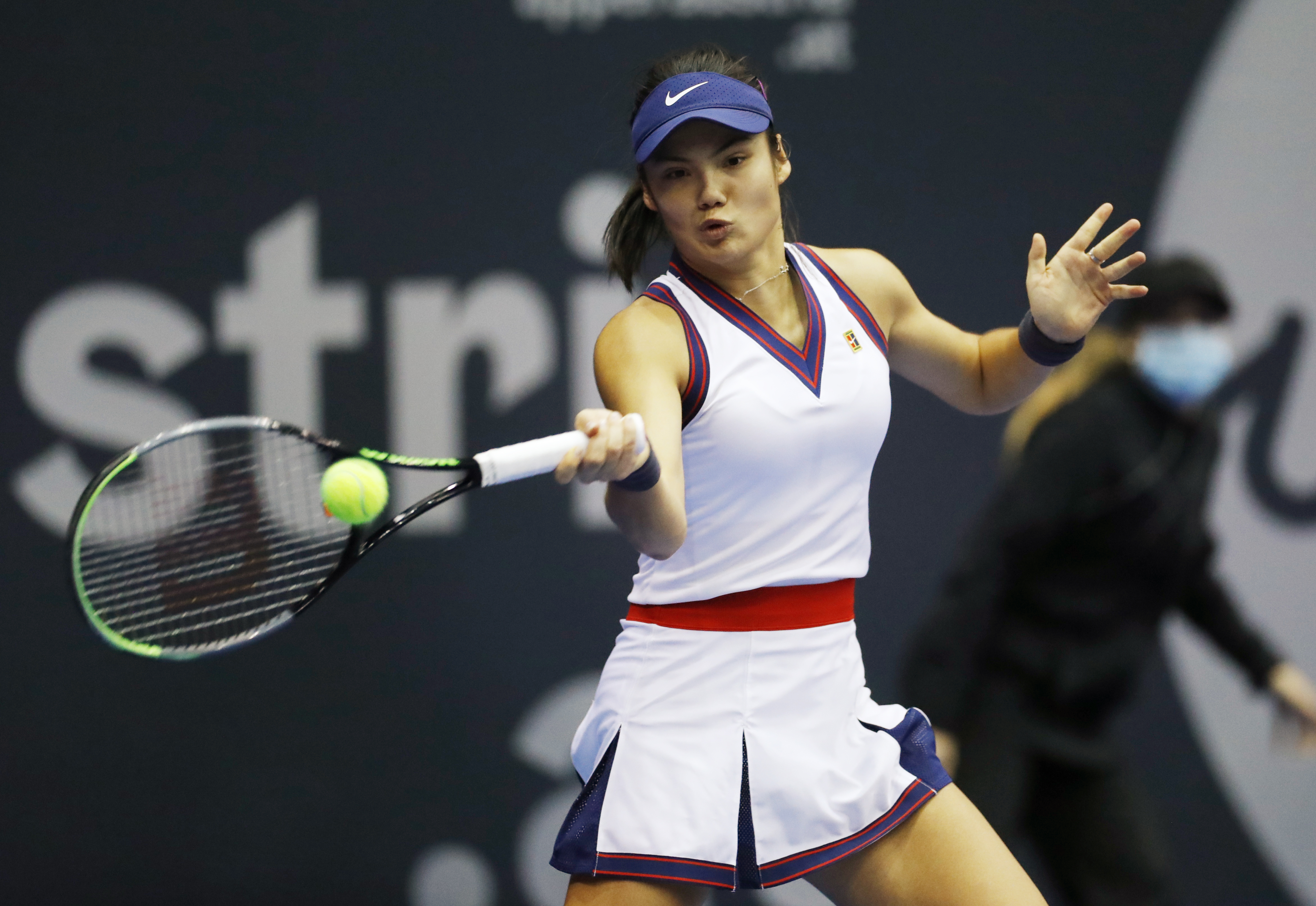 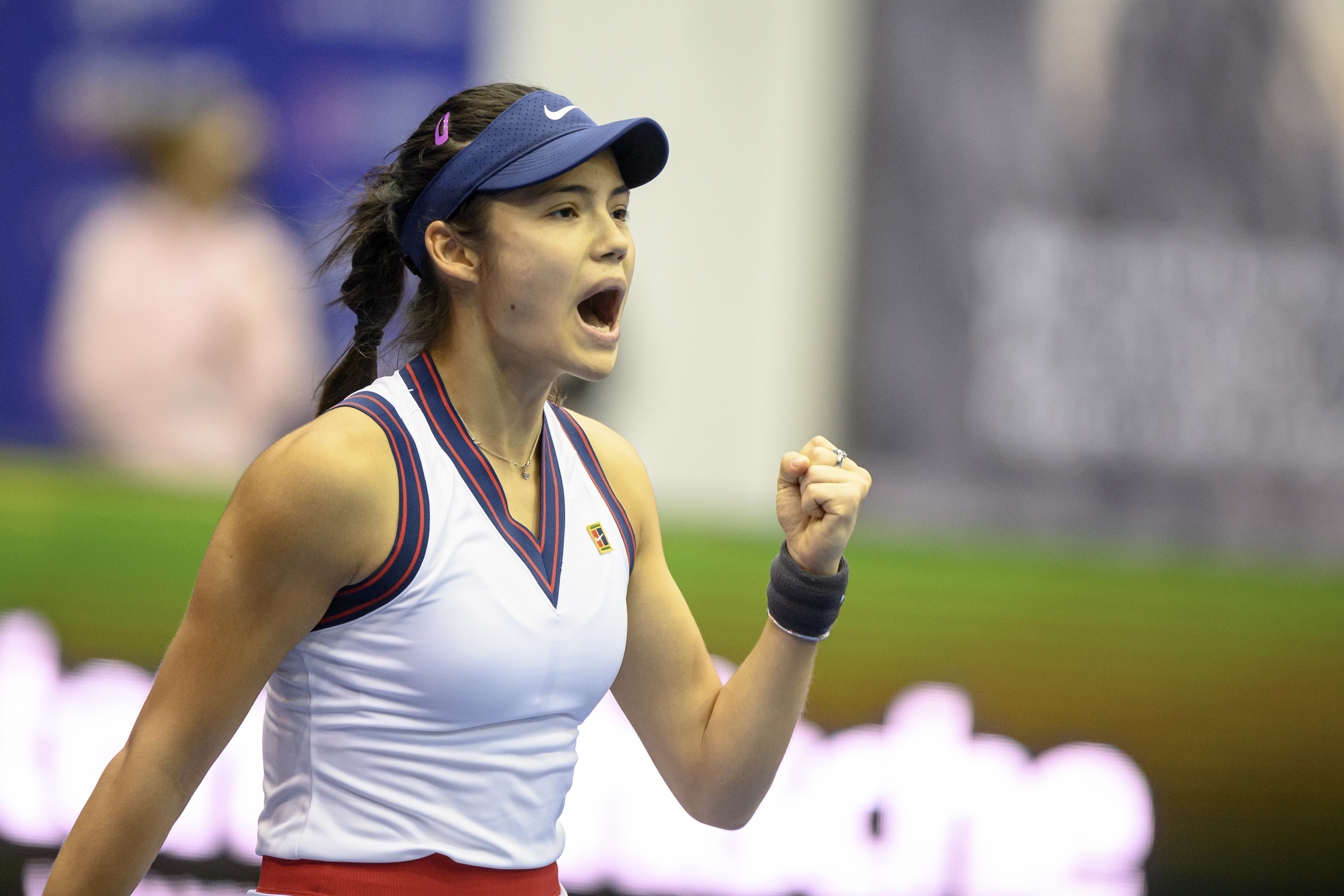 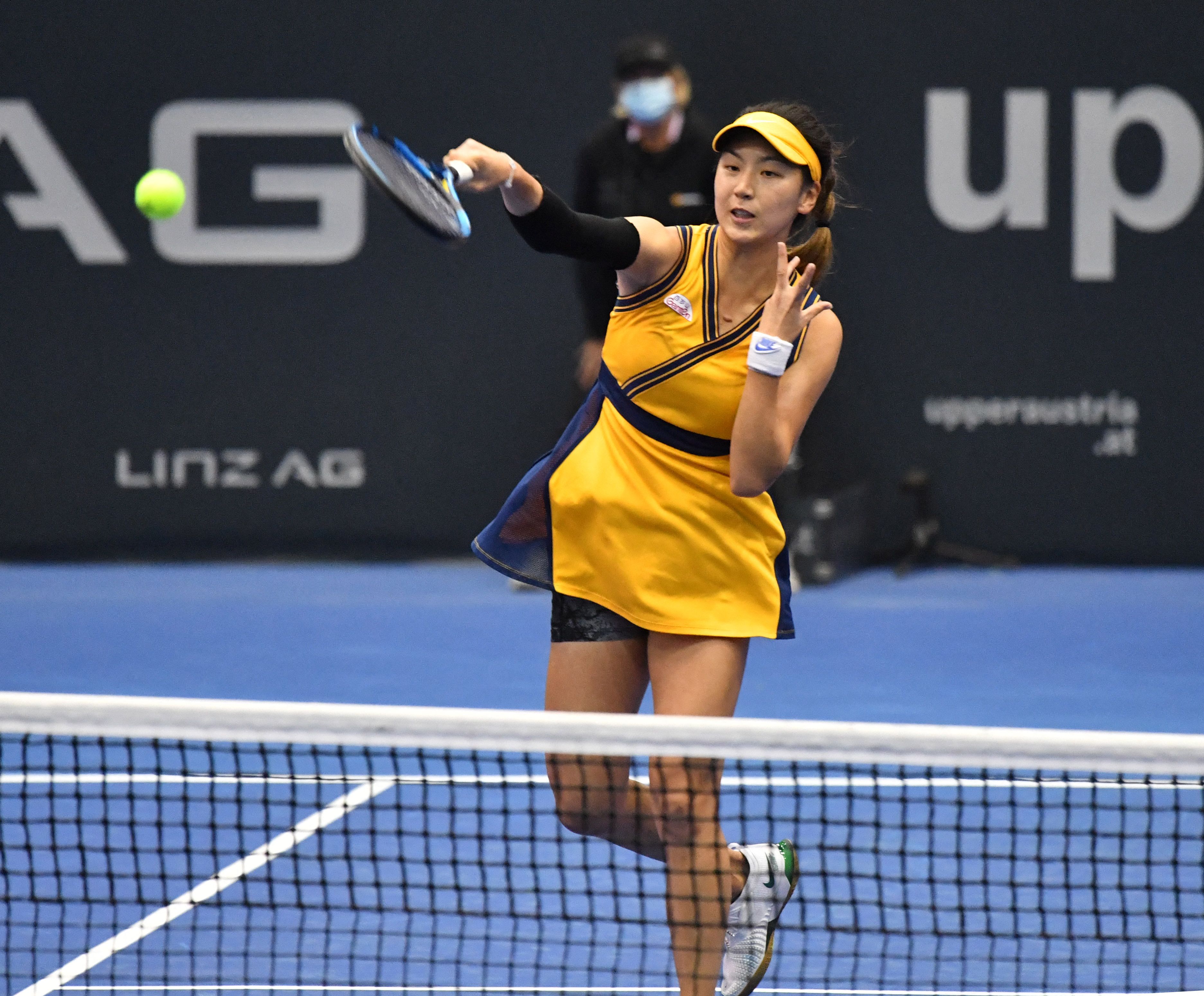