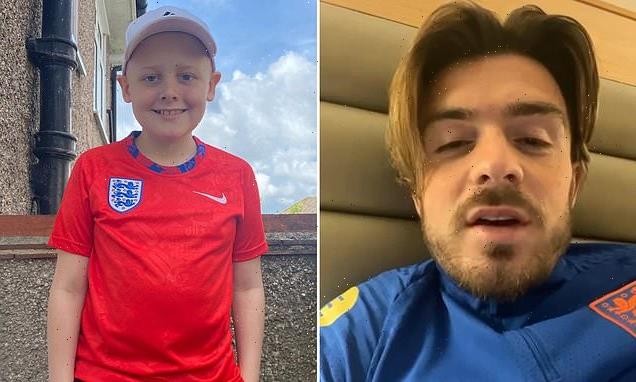 England star Jack Grealish has sent a touching message from England’s Euro 2020 training base to a young lad battling cancer.

Grealish, who has been one of the standout performers of the Three Lions squad in the tournament so far, found time to record a video for Connor Owlett, as he flew back from England’s quarter-final triumph in Rome.

Eight-year-old Connor, from West Wickham in south London, was diagnosed in March with leukaemia after he suffered excruciating pain in his leg and back and he is now receiving treatment at the Royal Marsden Hospital in Sutton. 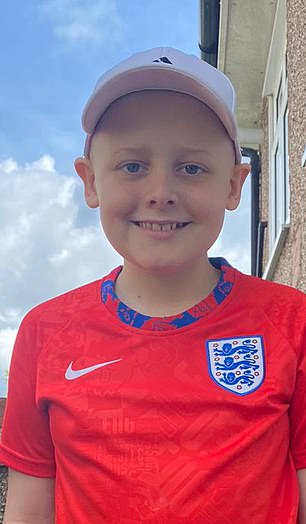 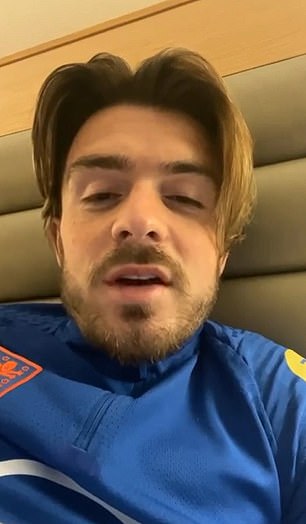 Connor Owlett, 8, has been grinning from ear to ear since he received a good luck message from England’s Jack Grealish. The England man sent the youngster, who is being treated for leukaemia a video after England’s triumph in Rome

Locals have rallied round Connor and his family with the landlord of The Swan public house, Neil Howley, holding a charity football match at Crystal Palace’s Selhurst Park under the banner, ‘We’re in Connor’s Corner’.

But all of that paled when the young lad, who is a big fan of the England forward, received a heart-felt video message from Grealish on Sunday.

It left the youngster beaming from ‘ear-to-ear’.

Grealish, who brilliantly set up Raheem Sterling’s winning goal against the Czech Republic and has put on scintillating displays from the bench, learned of Connor’s illness through a friend and was quick to send his support. 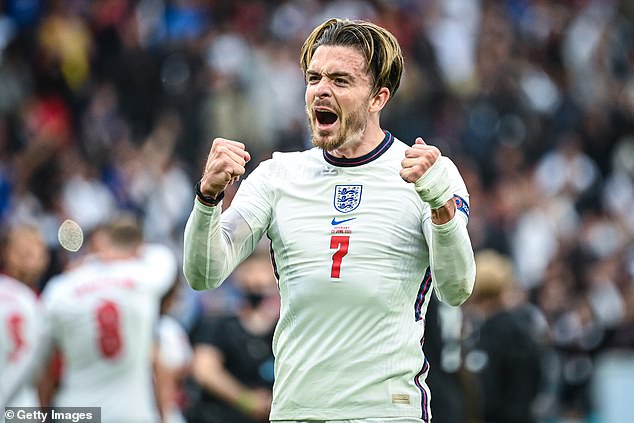 Connor, who was diagnosed in March  loves how Grealish plays, according to mum, Becky 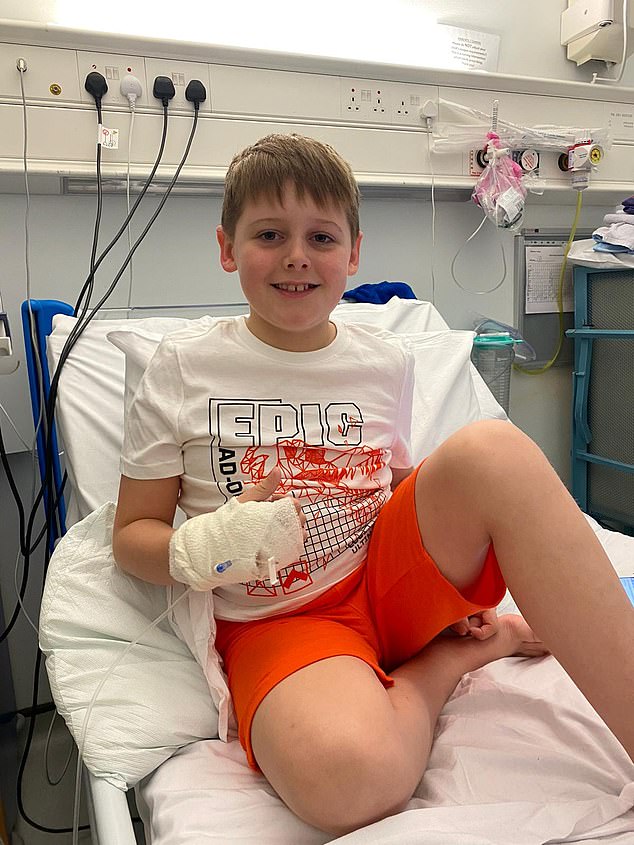 Connor’s diagnosis came after he had pain in his leg and back, which did not get better

The midfield maestro was particularly impressed with a TikTok song the youngster performed, which included a tribute to the England and Aston Villa star.

‘I have heard what you are going through at the moment,’ said Grealish in his video message. ‘I’ve also heard how much of a strong fighter you are. Stay strong, mate. Stay as positive as possible, I am sure you will.

‘I like your little song, mentioning me in there as well, so thank you for that,’ added Grealish, who looked exhausted after the excitement of England’s triumph in Italy.

‘On behalf of me and everyone at England we want to send you our best wishes and stay as strong as possible and as positive as possible. All the best mate and I’ll hopefully see you soon.’ 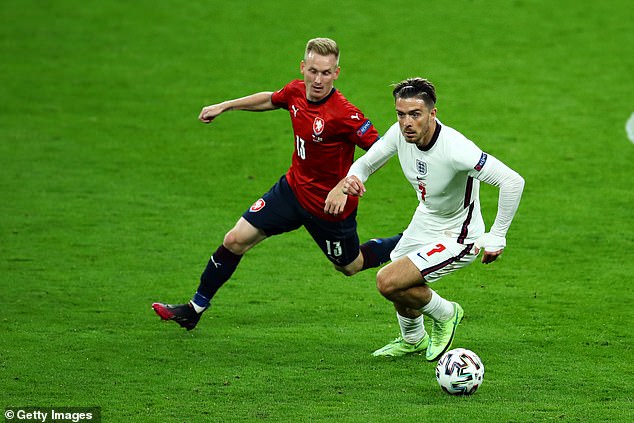 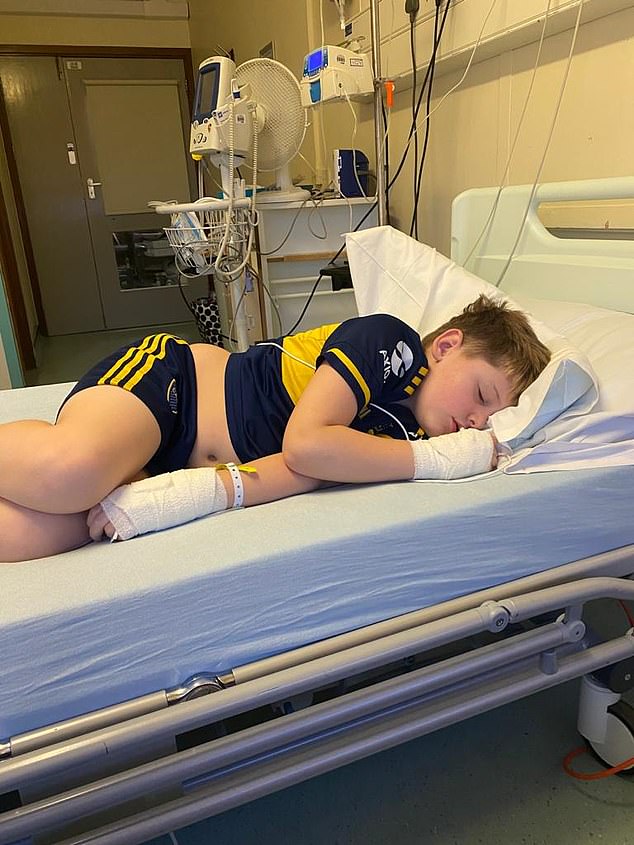 Connor, who is undergoing chemotherapy for his illness, has taken a huge boost from the England man’s intervention.

‘I was so excited,’ Connor, who has watched every game in Euro 2020, told Sportsmail. ‘It made me feel better.’

The youngster, who has a younger brother called, Charlie, five, is a huge Grealish fan.

‘He is really skilful player and a nice man,’ reflected Connor, who would like to see more of his hero on the pitch.

‘I think if he does play against Denmark they will start him in the second half because they are saving him for the final And I think it will be 3-3 after extra time and we will win on pens. I don’t think Italy are the best at pens.’ 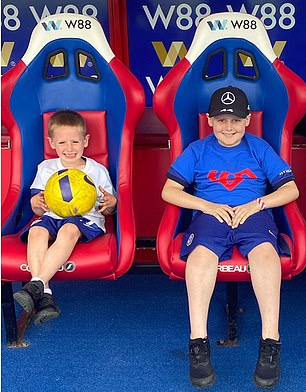 Connor (right) and his brother Charlie at Selhurst Park

In fact, the whole family have been buoyed by Grealish’s message.

‘It has been tough,’ admitted mum, Becky, 39, who is caring for Connor full time. ‘But he has battled his way through and I am so proud of him.

‘The video has put him on such a high. The fact that Jack Grealish has spoken to him has put Connor on such a high. He was ecstatic. It shows him everyone is behind him.’

Like his dad, Mark, 39, a project manager, Connor is a big Chelsea fan, but like most England supporters, they have a soft spot for Villa’s Grealish.

‘He loves the way Jack Grealish plays football, he loves watching him,’ added Becky. ‘I can’t believe he has taken the time out when they are all under so much pressure in the middle of the Euros. It goes to show people care. Connor had a grin from ear to ear.’

The whole community has come together for Connor with a charity football match held at Selhurst Park, last month with the community going to and from the match on a double-decker bus.

The game, in Connor’s honour, made it a double celebration.

‘Connor did not stop dancing all the way there and back,’ said The Swan’s landlord, Neil, 42, who has been at the pub 10 years. ‘He was with his mates, having a laugh. It was so nice to watch.

‘We are a community, everyone is together. We just want Connor to get better,’ added Neil. ‘And this thing with Jack Grealish is unbelievable.’

Connor’s family are raising money for the charity, Children with Cancer UK. You can donate to their appeal here. 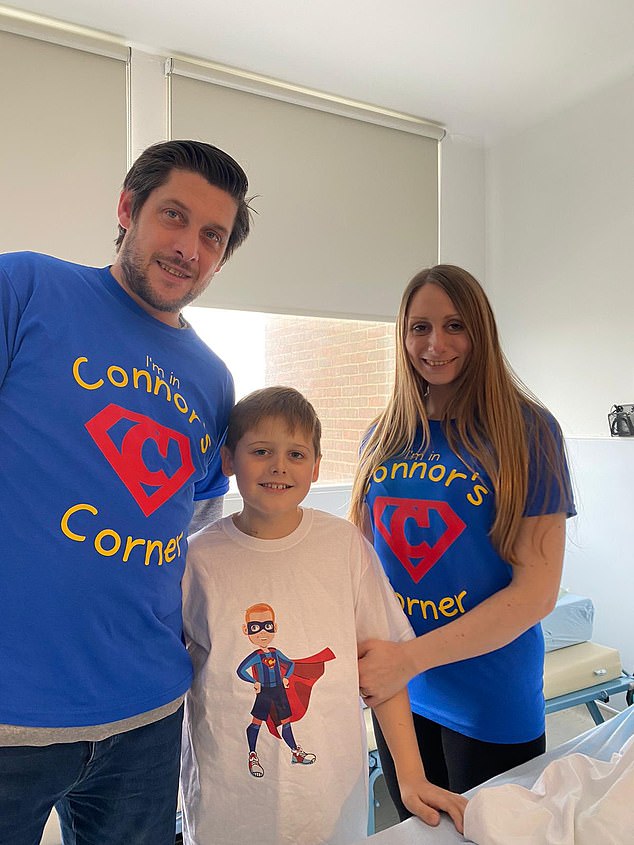 Mark Owlett, 35,with his son Connor and wife, Becky – all part of the Jack Grealish fan club