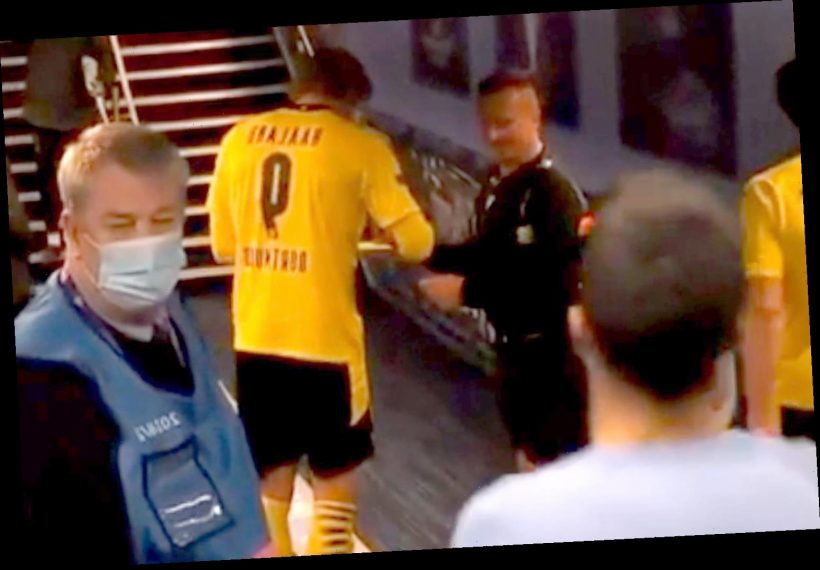 MANCHESTER CITY are desperate for Erling Haaland’s signature – but it was the linesman who got it at the Etihad.

While Haaland himself fluffed his lines as Man City beat Borussia Dortmund 2-1 in the first leg of their Champions League tie, he was happy to write one for the assistant ref in a bizarre moment caught on camera. 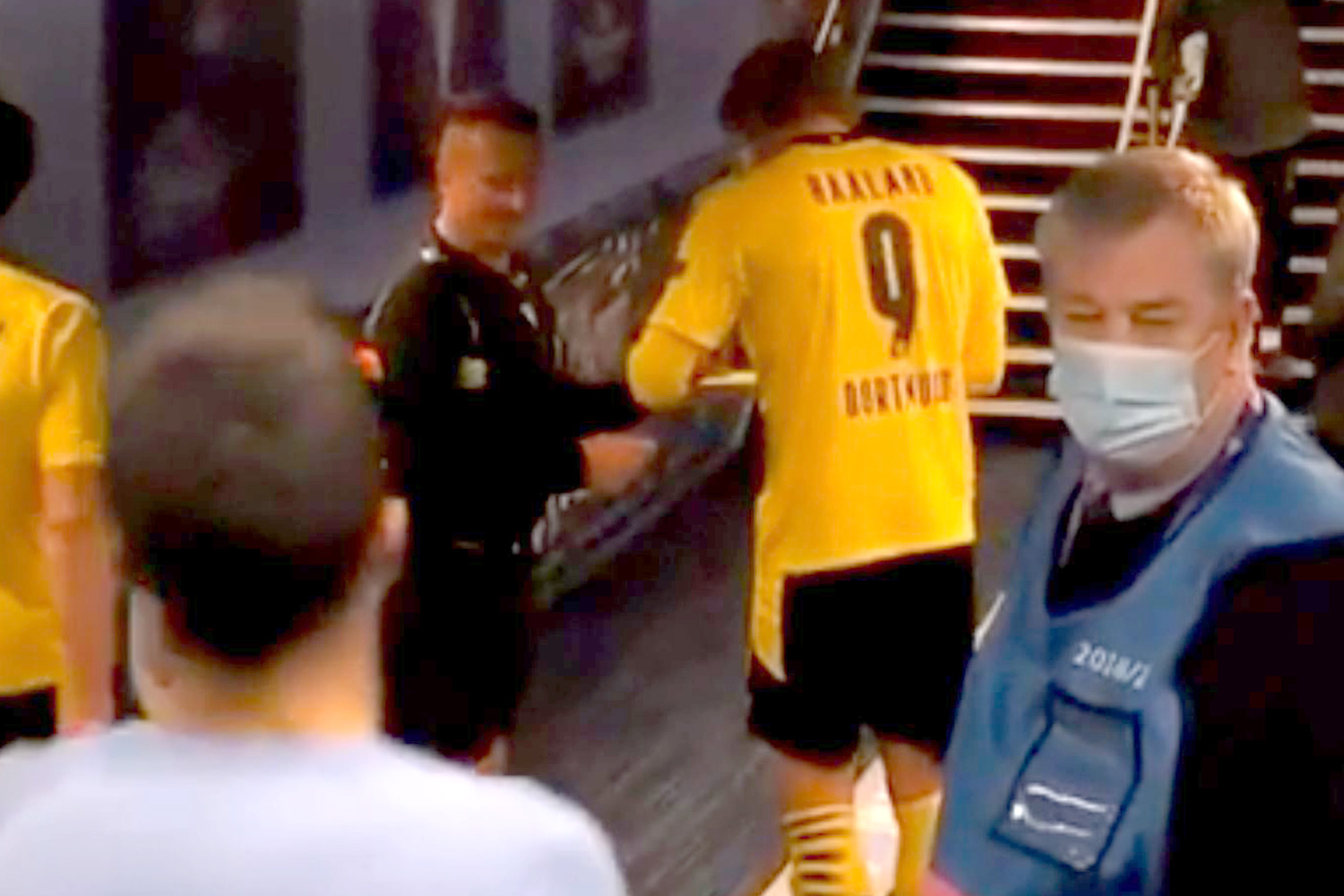 On the incident in the tunnel at the Etihad, TV pundit Own Hargreaves told BT Sport: "You can't do that. It just doesn't look right."

Former City title winner Joleon Lescott added: "There is a never a right time for that to happen.

"It doesn't look right, it doesn't bode well for the officials and the set-up – it's a childish thing to see."

After the full-time whistle blew Haaland – who grew up a Man City fan – could be seeing having a friendly chat with Phil Foden.

Speculation continues to mount that City will make a bid for the in-demand Norwegian this summer, although Guardiola said they are unlikely to be able to afford him.

The hosts won the game with a 90th-minute goal from Foden after Kevin de Bruyne opened the scoring and Marco Reus scored an equaliser.

The impressive Jude Bellingham, 17, controversially had a goal ruled out after he was judged to have fouled City keeper Ederson. 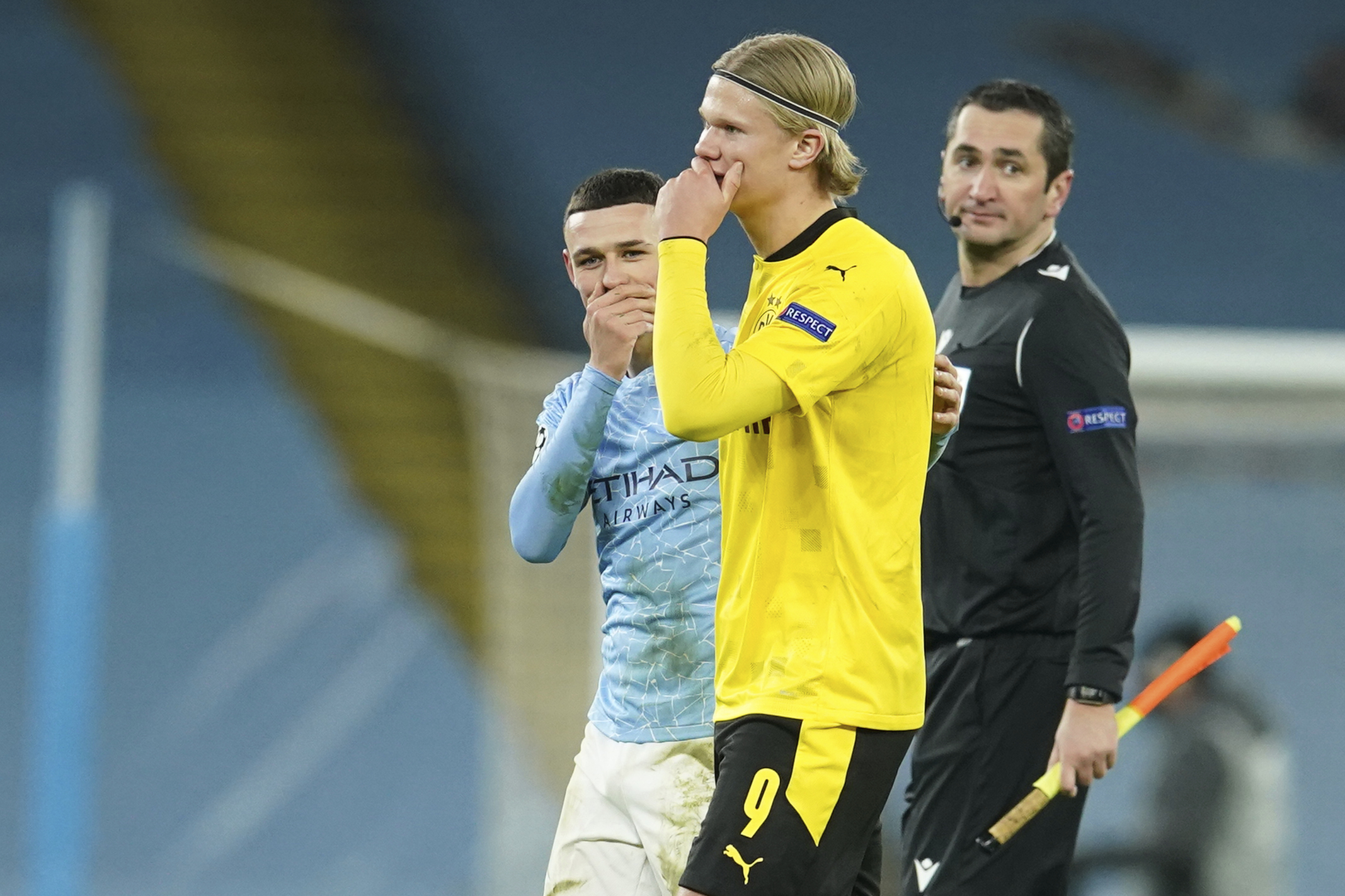 Guardiola says they will travel to Germany intent on winning the second leg.

Guardiola said: "It’s better to win than draw. We are going there to win the game.

"In the first half we were not clever with the ball.

"The second half was much better, we had two or three clear chances to score the second and third but it didn't happen. After we concede 1-1 we scored the final goal.

"Dortmund are strong, a good quality with the players they have and the quality it is difficult to do what we want to do, but at 2-1 we have a good chance next week.

"Borussia Dortmund is a typical club from the Champions League. We have one more game there and with the result 2-1 we will try to score the goals there to win.

"We are going to analyse what we have to do like we have done for four or five months. Every game we play to win."