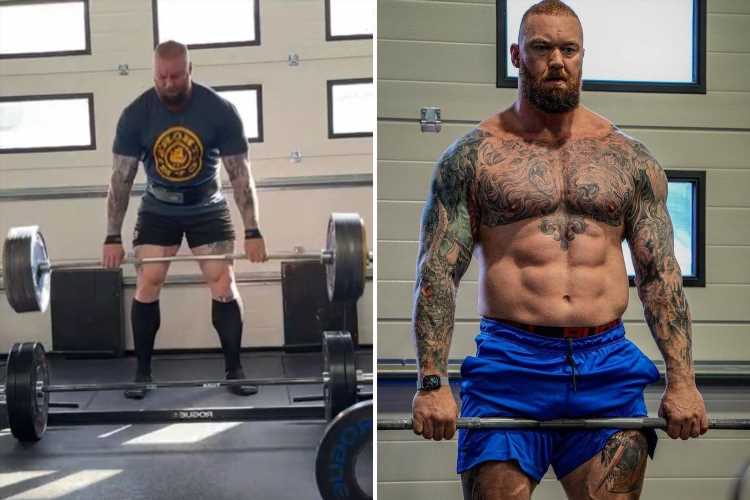 HAFTHOR BJORNSSON stepped up training for his fight with Eddie Hall by deadlifting a whopping 290kg.

The pair will battle it out in the boxing ring this September to settle a long-running beef that runs back to their days competing in strongman. 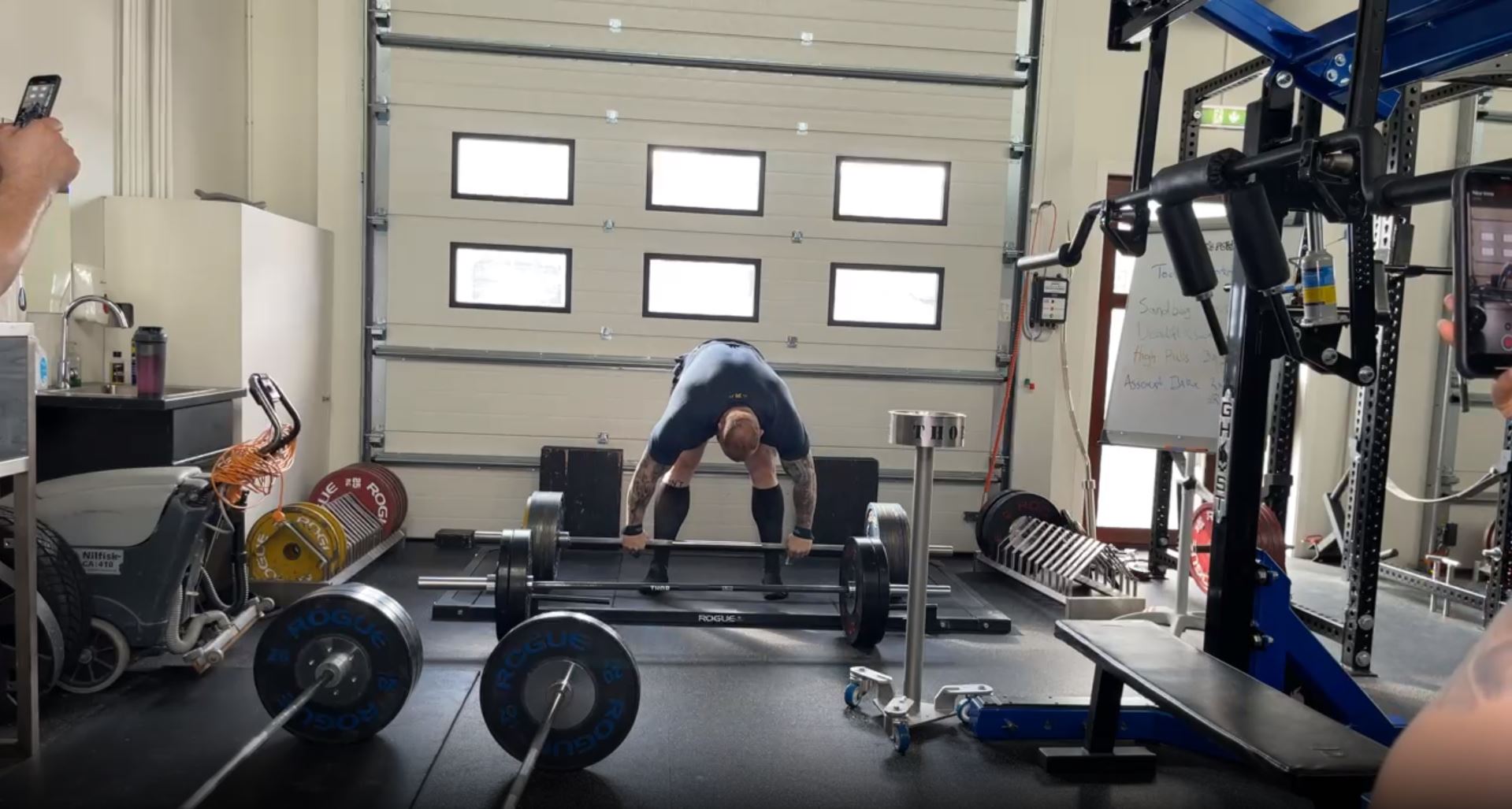 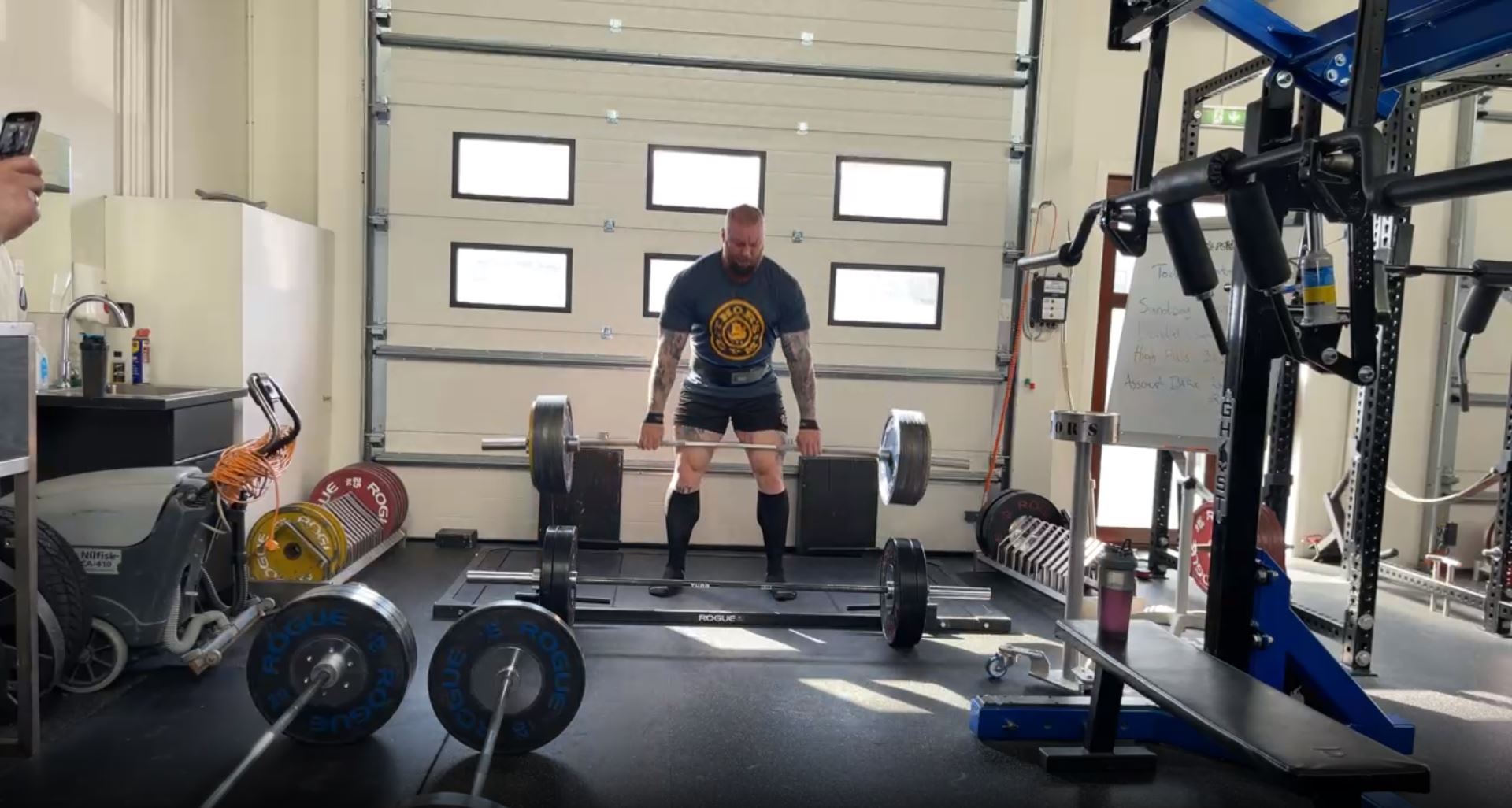 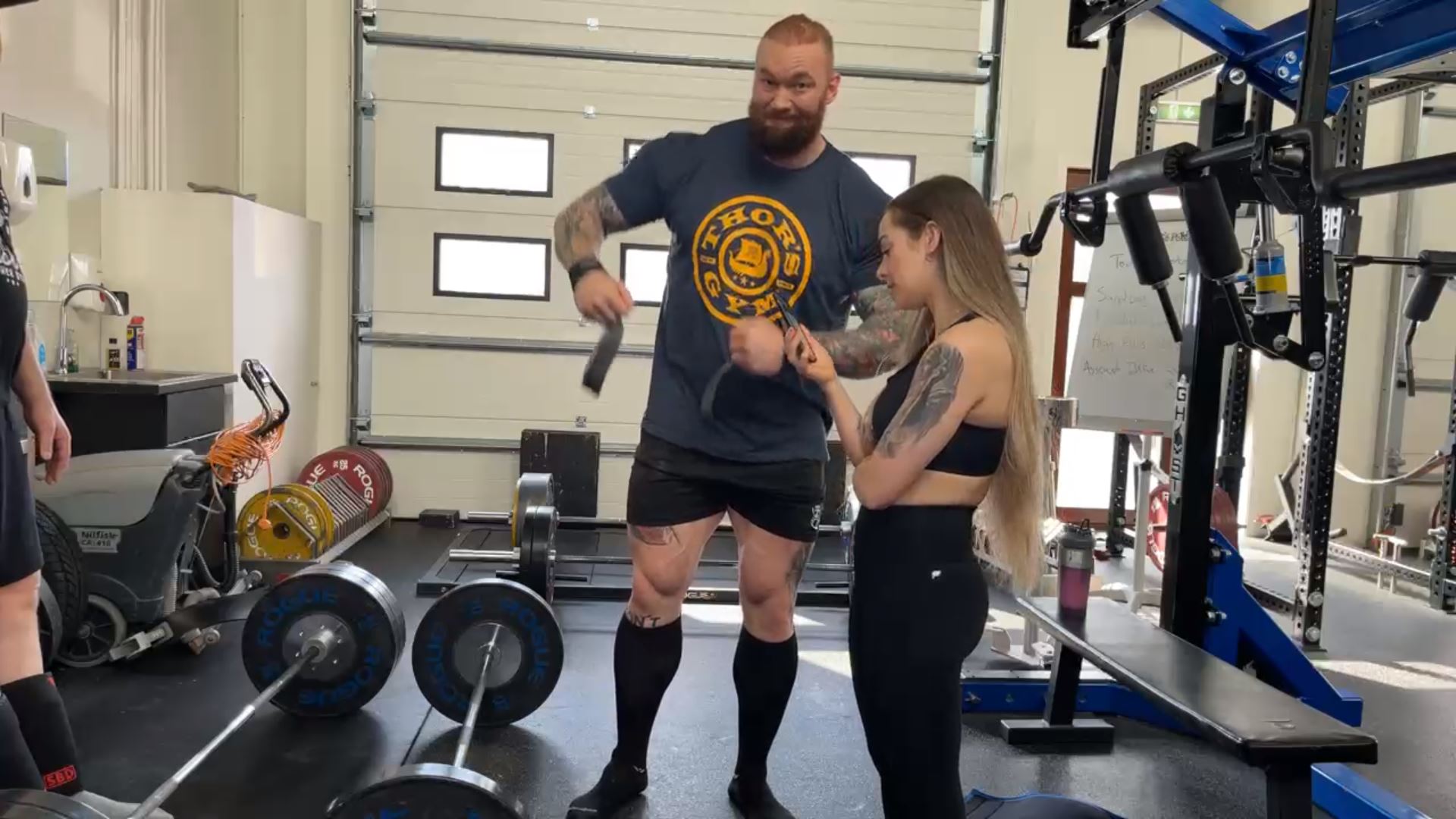 The clash, which will take place in Las Vegas, has already been billed as the heaviest fight in history – with the duo having a combined weight of over 56 STONE.

And both men have been hitting the gym hard in order to hone their physiques for the occasion.

Bjornsson, 32, has already stepped in the ring for an exhibition fight against Steven Ward.

And he is continuing to supplement his boxing regime with intense weight training.

Bjornsson, who announced his fight with Hall after breaking the Brit’s world-record 500kg deadlift by one kilo last year, showed he’s still a powerhouse by easily lifting 290kg on camera in his Iceland gym.

Bjornsson, who was joined in his workout by wife Kelsey, later took to Instagram to show off his body in a topless shot.

And with Hall also revealing his ripped new look, September’s fight is set to be an epic one.

Both men are former World’s Strongest Man winners, with Hall triumphing in 2017 and Bjornsson succeeding him a year later. 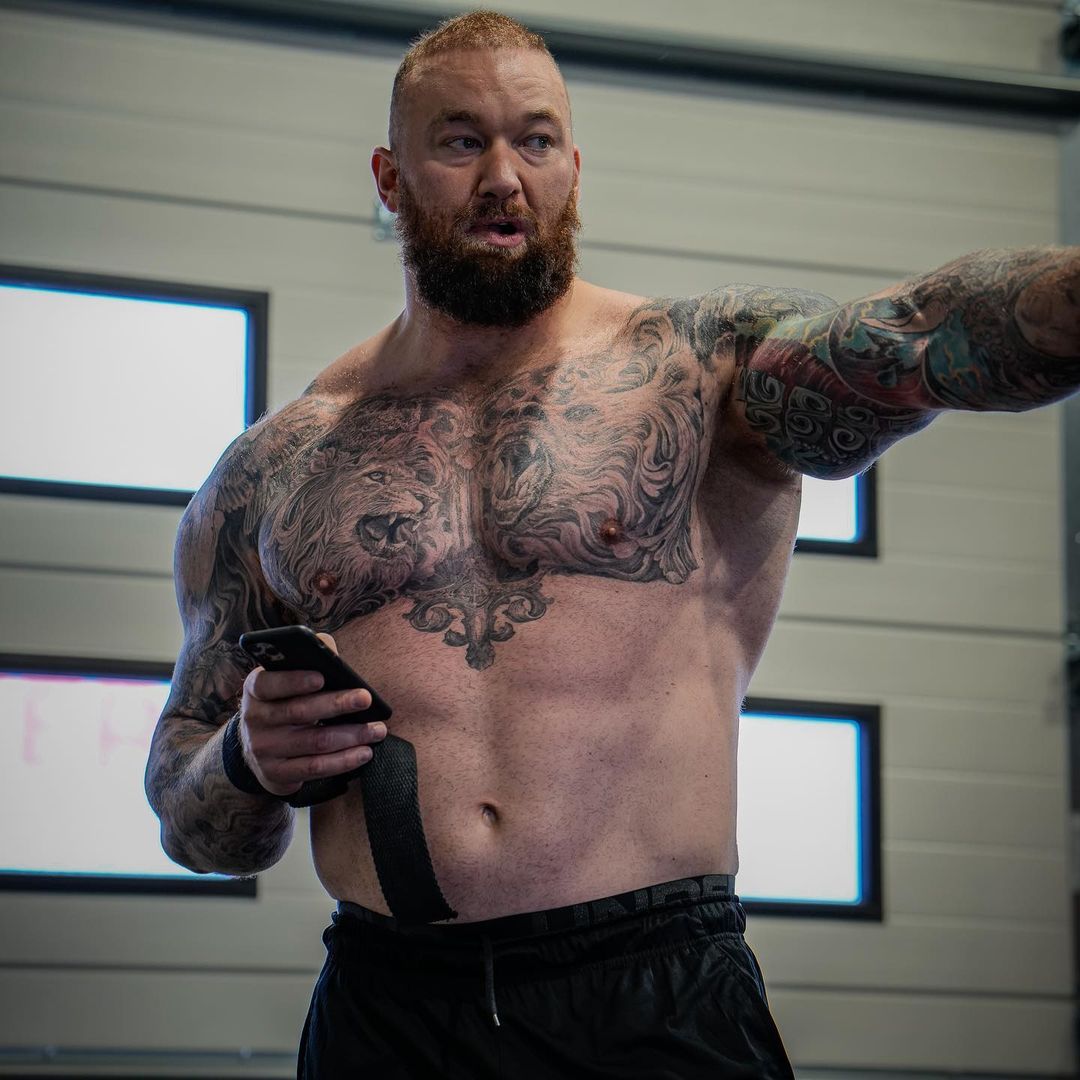 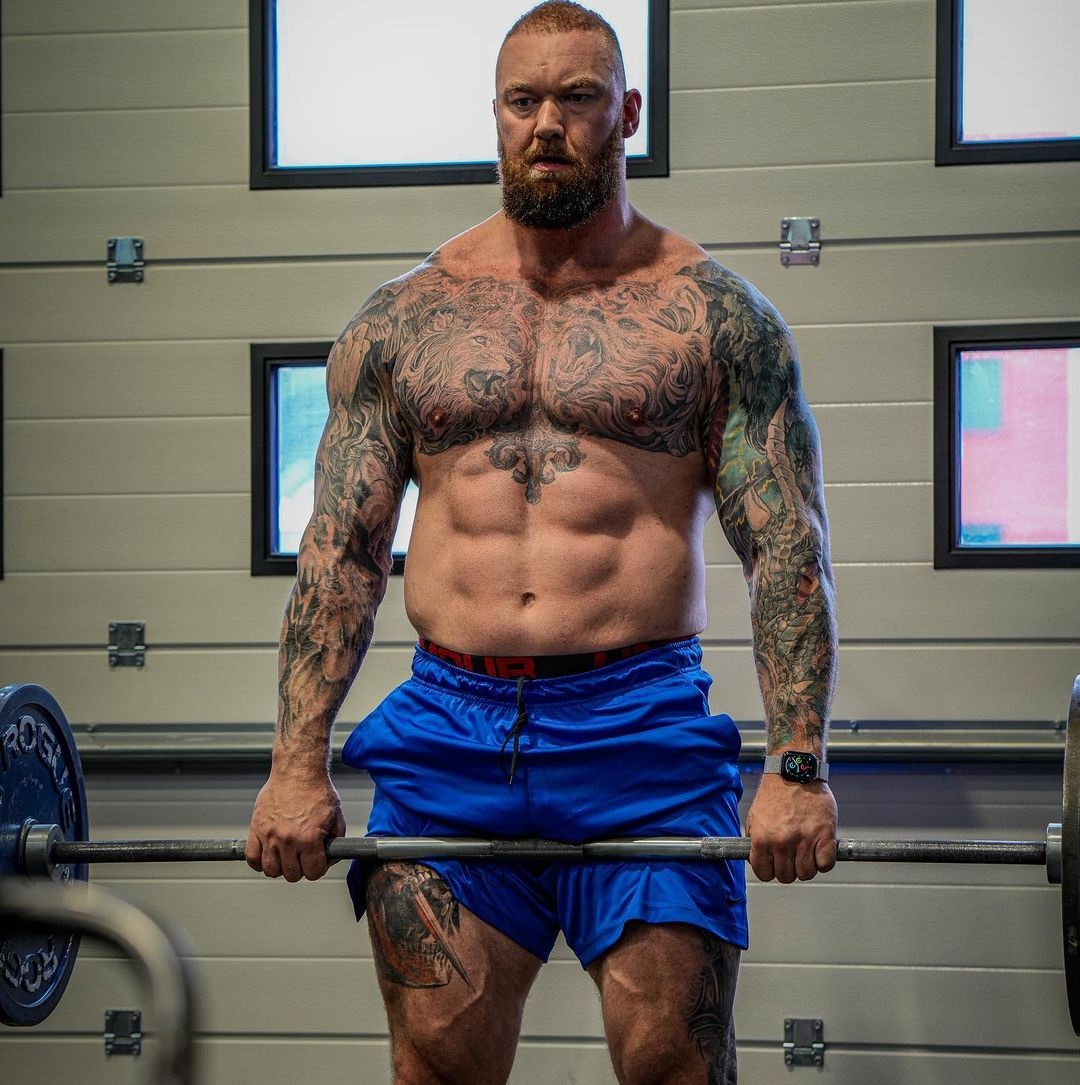 Alongside the likes of Brian Shaw, the pair dominated strongman events over the last decade.

And as a result, they butted heads on numerous occasions before Bjornsson’s controversial 501kg deadlift set the war of words into overdrive.

The former Game of Thrones actor was also set for a second warm-up fight against Australian strongman Alex Simon.

But that has now been scrapped after the former MMA fighter suffered a torn bicep.

Meanwhile, Hall is yet to announce his first warm-up scrap but is sure to reveal his next steps shortly.