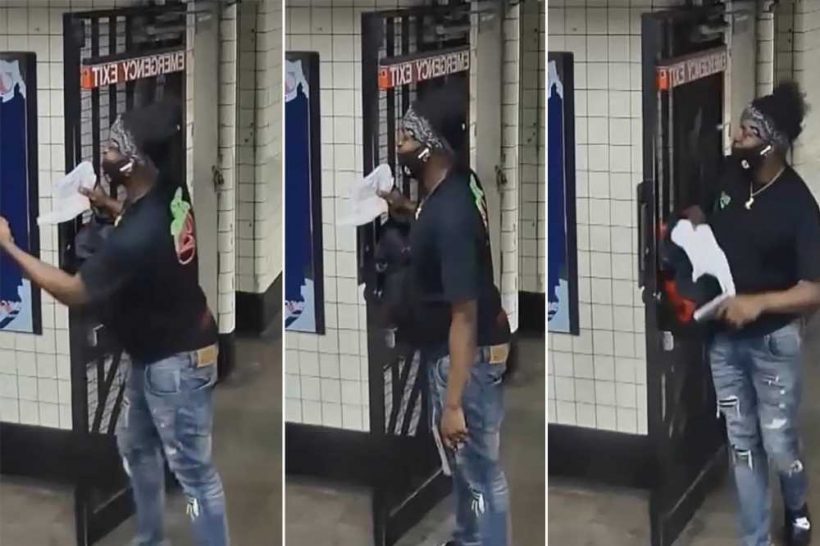 New video released Tuesday shows a straphanger brazenly pulling a gun on another man inside a Lower Manhattan subway station before chasing him around.

The shocking incident unfolded just before 1 p.m. Friday when the suspect got into an argument with the 30-year-old victim inside the East Broadway station in the Lower East Side, cops said.

Video shows the alleged gunman reaching into his Nike backpack and pulling out a silver and black handgun from a plastic bag at the emergency exit.

He followed the other man through the station, but the victim was able to escape unharmed, cops said.

Cops are hunting the suspect, who was described as 5 feet 11 and 200 pounds and last seen wearing a black T-shirt, blue jeans, black sandals and a black and gray bandanna.

They did not say what set off the midday threat of gunplay.