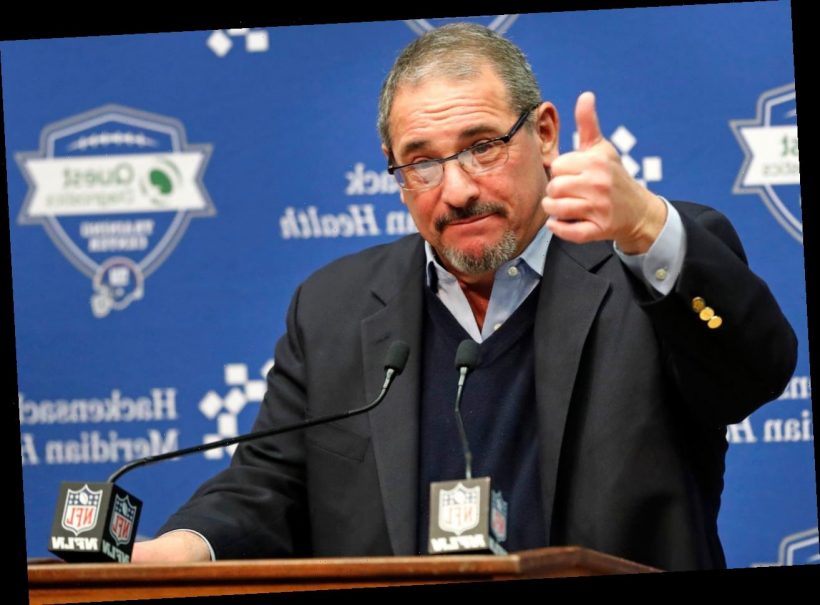 Pro Bowler could be among Giants’ salary cap casualties

Daniel Jones has Giants’ fate in his hands

The Giants are moving forward with Dave Gettleman as their general manager, as ownership believes the team is headed in the right direction and Gettleman is the right man to continue the building process alongside head coach Joe Judge.

The major decision of the offseason, determining if there is a change at the top, has been decided, The Post has learned, and it is a lean toward continuity. Gettleman returns for a fourth season.

That the Giants did not know exactly when their season would end was a step forward for a franchise that for nearly the entire past decade grew accustomed to packing up and parting ways in an orderly and previously-scheduled fashion. The Giants were not eliminated from the playoffs until the very last game played in the NFL season, and that is a sign of progress, however unimpressive their 6-10 record turned out to be.

Co-owners John Mara and Steve Tisch were not mesmerized by the down-to-the-wire playoff race, realizing the roster is not yet where it needs to be and winning six games in a season normally puts a team closer to last place than first place. There is a conviction the arrow is pointing up, though. Mara and Gettleman will meet with the media either Tuesday or Wednesday to discuss the state of the team and the factors that went into retaining Gettleman.

The Giants were 9-23 in Gettleman’s first two years. The litmus test put out there by Mara after the 2019 season was that the team had to show signs of growth, that Gettleman improve his batting average in player personnel moves and that there were pieces in place to boost the franchise into Super Bowl contention.

The 6-10 record is a slight uptick from 4-12 in 2019. Gettleman’s rate of return in the 2020 NFL Draft and especially in free agency in 2020 — the signings of James Bradberry, Blake Martinez and Logan Ryan on defense and kicker Graham Gano were slam-dunk successes — was quite high and his controversial commitment to Leonard Williams paid off in a huge way. Williams finished the season with a career-high 11.5 sacks and admitted it was gratifying to “show why Dave Gettleman took a chance on me … and it feels good to show him that it was the right choice.’’

Just as Gettleman, who turns 70 on Feb. 21, took a hit for his involvement in the hiring of Pat Shurmur, so too does Gettleman get credit for the hiring of Judge, roundly viewed in the building as a coaching find.

Gettleman’s return is not the only issue or decision upcoming as the offseason kicks in. Here are a few of the list toppers:

The offensive coordinator: The Giants finished up averaging 17.5 points a game, 31st in the league. They were 31st in total yards per game, 29th in passing yards and 19th in rushing yards. In a season when the NFL set scoring records, the Giants surpassed 30 points once in 16 games. It is no secret where to point the finger for the sub-.500 record. Jason Garrett in his first year running the Giants offense built the attack around Saquon Barkley, and the plan lasted six quarters before Barkley went down in Week 2 with a torn anterior cruciate ligament. Garrett — who has reportedly emerged as a candidate for the Chargers’ head-coaching vacancy — struggled to take Daniel Jones to the next level and could not create many chunk plays down the field in the passing game. There are no indications he and Judge are at odds, but the results indicate some sort of change is in order and not merely in talent upgrade.

The defensive lineman: When the Giants secured Williams for the season with the franchise tag of $16.1 million, there did not seem to be a way for Williams to live up to that money or the two draft picks Gettleman gave the Jets to acquire him. Williams more than did so with a remarkable showing. In his first five NFL seasons, Williams managed just 17.5 sacks. Williams’ virtuoso performance in the finale against the Cowboys boosted his sack total to 11.5, to go along with his 57 tackles, 14 tackles for losses and 30 quarterback hits. He did it all and will be paid handsomely and accordingly as he enters free agency.

The running back: The entire organization cannot wait to see Barkley back on the field taking handoffs and snatching the ball with his vice-grip hands in the passing game. The expectation is Barkley will be recovered from ACL surgery in time for the start of the 2021 season. Barkley missing the final 14 games was a massive blow to the offense. He is entering the final year of his four-year, $31.1 million rookie deal. If he did not get hurt, this would be the time for a lucrative extension. This is not the time for that, though, with Barkley needing to reestablish himself as one of the top running backs in the league. To do that, he needs to prove he is healthy and has not lost anything. Perhaps the Giants find a way to extend his contract for a year to give him a bump up from his $920,000 salary for 2021, but both sides need to wait before the next major commitment.