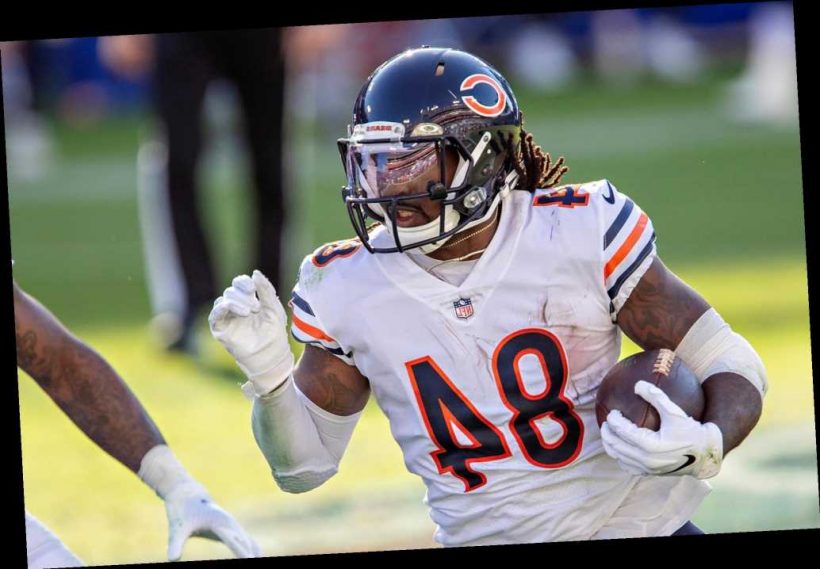 Giants have to start making some noise in free agency

Giants have a new running back

If it happens, we can say Joe Judge put us on alert back in late September.

In their slow-developing free agency cycle, the Giants have some interest in Cordarrelle Patterson, a player who would instantly transform their kickoff return unit, help out their wide-receiver corps and reunite Judge with one of his favorite players.

It was back in Week 2 of the NFL season, with the Giants preparing to travel to Chicago to face the Bears, when Judge waxed poetic about Patterson, praising the kickoff return skills of a player he worked with for one year (2018) with the Patriots, a year they won the Super Bowl together.

“Praising” is actually too tepid a description as to what Judge said about Patterson.

“Patterson is one of the best to ever play the game as a kick returner,” Judge said. “Simply put, this guy is someone that you’ll read about in history books. When you play against this guy, everybody on the field better be aware of where he’s at, whether that’s offense or on special teams.”

Patterson, an eight-year veteran, is 29 years old and that does not fit into the mold of the younger player Judge wants to see fill his roster. Exceptions can be made, in certain situations. Patterson’s eight career kickoff returns for touchdowns tie him with Josh Cribbs and Leon Washington for the NFL record. His career average on 240 kickoffs is 29.7 yards and he was right there, at 29.1 yards, on his 35 kickoff returns in 2020. Patterson had a 109-yard return in 2013 and a 104-yard return on “Monday Night Football” last season against the Vikings, one of the three teams he’s played for since he arrived in the league as a first-round pick in 2013.

Patterson has missed one game in his career. Judge is a former special teams coordinator and knows the value of a dangerous return man. Judge last season saw Dion Lewis average only 22.4 yards on 24 returns and Corey Ballentine average 21.2 yards on nine returns. They are no longer on the team. C.J. Board, who was re-signed this week, averaged 27 yards on his two kickoff returns.

As a receiver, the 6-foot-2 Patterson can play a role on offense. He has 216 career receptions and last season caught 21 passes for 132 yards. Patterson can also line up as a running back, as he has a 6.1-yard career average on 1,017 rushing attempts. It is on special teams where he earns his keep, though, as a four-time Pro Bowl returner.