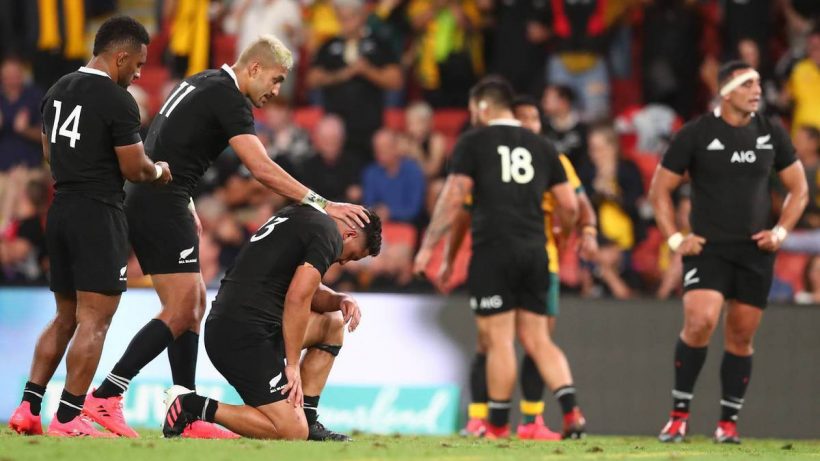 As we say goodbye to 2020 and welcome in 2021, it’s a good time to catch up on the very best of the Herald columnists we enjoyed reading over the last 12 months. From politics to sport, from business to entertainment and lifestyle, these are the voices and views our audience loved the most. Today it’s the top three from Gregor Paul.

The decline of the All Blacks

The numbers are starting to tell the story that a great All Blacks era has come to an end.

If it feels that the team are struggling to win with the same conviction and regularity as they used to, it’s because they are.

If it feels like the decline began after the All Blacks lost an entirely winnable test against South Africa in 2018, it’s because it did.

The numbers produced in the last 20 tests are confirming what has been apparent for the better part of two years now – which is that the All Blacks are experiencing a slow erosion of greatness.

So the question, Paul writes, is whether the numbers point to the nadir having been reached and the future being considerably brighter, or whether the All Blacks are still in the midst of a decline.

After 25 years of taking Super Rugby from the best provincial competition in the world to an almost bankrupt, sorry mish-mash of barely functioning teams from around the world who played in mostly empty stadia at random times, executives in this part of the world are being given a second chance to get things right.

The arrival of Covid has been the game’s ultimate blessing. New Zealand Rugby are likely to lose about $40 million this year but in truth, they were destined to bleed that much cash over the next five years anyway while they remained locked into a plainly unworkable, unlovable Super Rugby format that had seen crowds drop to levels that were going to force some clubs to the wall.

The pandemic has stripped them of their cash quicker, but so too has it afforded an opportunity for it to be made back quicker, writes Paul.

The easy thing would be to say it was the money and the lure of a $1million-plus windfall that led to TJ Perenara agreeing to play in Japan next year instead of Super Rugby.

No doubt the money was a factor. Who honestly doesn’t have a price and even a footballer with the integrity of Perenara would admit that as much he plays for love and is driven by a ferocious loyalty to the Hurricanes, he’s also in it to set up his family.

But to label his decision to sign with NTT Docomo for a season as a consequence of market forces would be dangerous as it would fail to appreciate that there is a wider current of discontent flowing through the playing ranks about the scheduling that awaits in 2021.

TJ Perenara wasn’t so much pulled towards Japan as pushed, writes Paul.