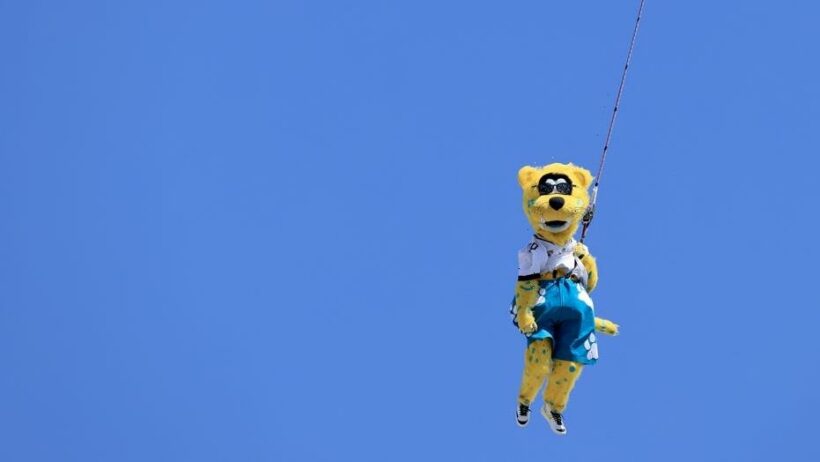 The Jacksonville Jaguars mascot, Jaxson de Ville, continues to risk it all this season with a thrilling bungee-jumping backflip before kickoff but on Sunday the daring cat had to be bailed out after getting stuck in the air.

Video from Sunday’s game against the Atlanta Falcons showed the mascot starting off with a perfect backflip but on the way down his cord appeared to get stuck. 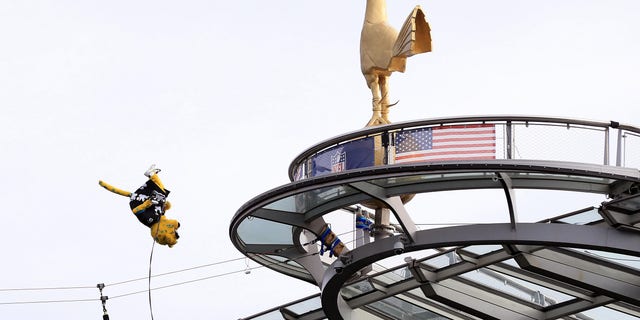 The Jacksonville Jaguars’ mascot Jaxson de Ville jumps off the roof of the stadium during the NFL London 2021 match against the Miami Dolphins on Oct. 17, 2021, in England.
(Tottenham Hotspur FC via Getty Images) 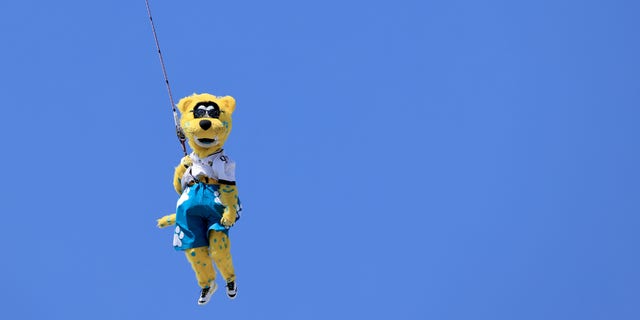 Jaxson de Ville performs during the game against the Arizona Cardinals at TIAA Bank Field on Sept. 26, 2021, in Jacksonville, Florida.
((Photo by Sam Greenwood/Getty Images))

The Falcons led 14-0 and then 21-3 on Matt Ryan’s touchdown pass to Russell Gage, but the Jags clawed their way back into the game late. 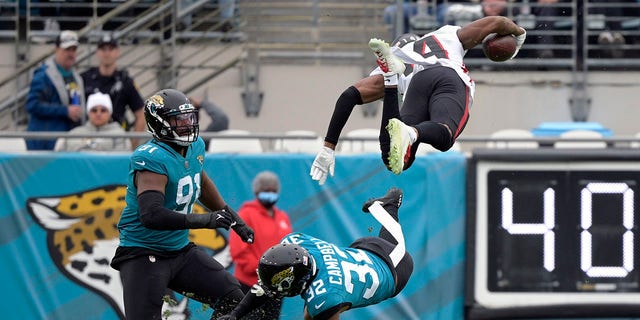 Jacksonville forced a punt and got the ball back with 2:14 remaining, but Lawrence threw incomplete on four straight downs.