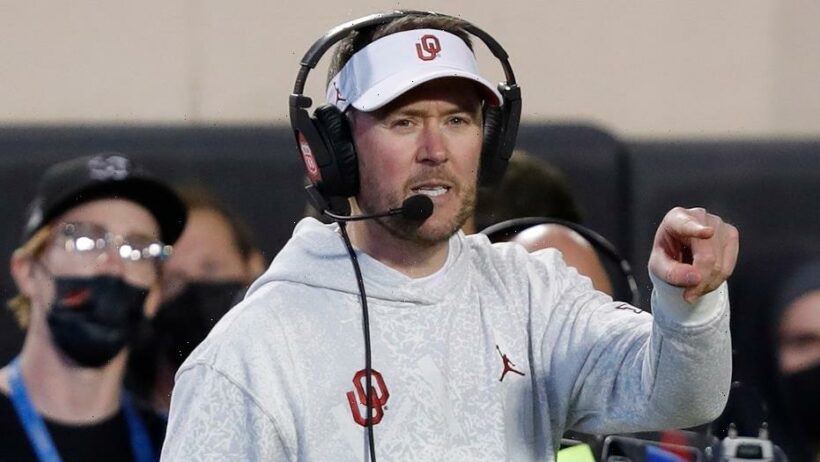 Riley decided to take the USC job after Oklahoma lost to Oklahoma State on Saturday, according to multiple reports. While fans were mostly stunned by the reaction, some wondered why Riley would take the USC job with the Sooners about to move to the SEC in a few years. 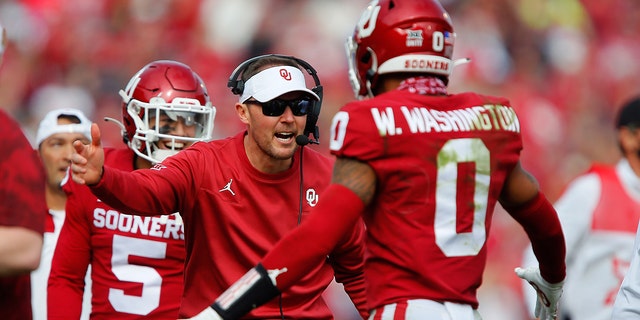 Head coach Lincoln Riley of the Oklahoma Sooners congratulates cornerback Woodi Washington after a fumble return for a touchdown against the Iowa State Cyclones on Nov. 20, 2021, in Norman, Oklahoma.
(Brian Bahr/Getty Images) 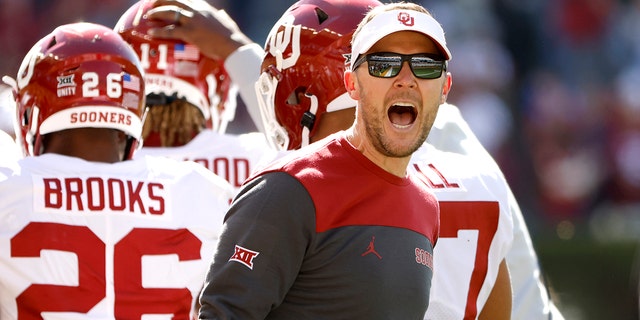 Oklahoma’s Lincoln Riley reacts after his Sooners scored a touchdown against the Baylor Bears on Nov. 13, 2021, in Waco, Texas.
(Ron Jenkins/Getty Images)

USC found a big name to replace Clay Helton, who was let go early in the 2021 season. The Trojans had been linked to Pittsburgh Steelers coach Mike Tomlin, but he would later shoot down any notion he was planning on leaving the NFL.

Riley had previously been linked to NFL jobs and other college football positions. He shot down a rumor on Saturday that he was interested in the LSU job. He said he was “not going to be the next coach at LSU.” He was right at the time, but didn’t divulge any plans about going to Los Angeles. 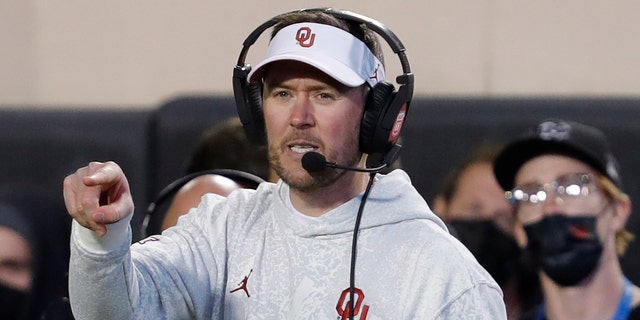 Lincoln Riley gestures to his team on a play against the Oklahoma State Cowboys at Boone Pickens Stadium on Nov. 27, 2021.
(Alonzo Adams-USA TODAY Sports)

Riley took over as Oklahoma’s head coach before the 2017 season. He led the Sooners to three College Football Playoff appearances but never managed to win a game in the tournament. His teams saw the emergence of two Heisman Trophy winners – Baker Mayfield and Kyler Murray. Both players were No. 1 draft picks as well.