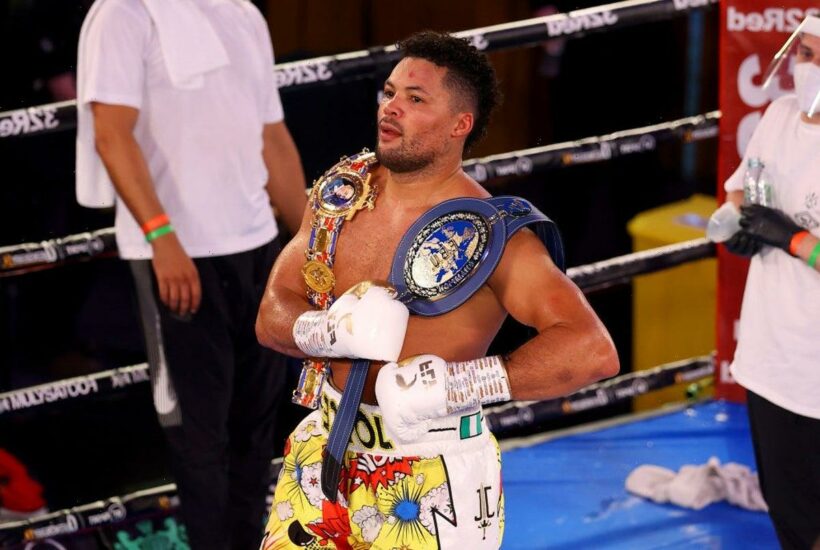 There was a time when no other heavyweight on the planet knew more about Anthony Joshua than Joe Joyce.

The pair spent days and weeks at close quarters during their time together in the Team GB set-up and hundreds of rounds of sparring as they both vied for the spot as the best in Britain.

As it happened, Joshua went to London 2012 and clinched gold at his hometown Olympics. Joyce, four years older than AJ but newer to the team, had to wait until Rio in 2016 and left with a silver.

They are now both professional and, until very recently, have rarely been linked with any meaningful clamour despite their long-running history. But Joyce takes the next step on the long and winding path back to Joshua on Saturday night when he takes on Carlos Takam at the Wembley Arena.

Takam, for his part, is a former Joshua opponent and gave a good account of himself when he stepped in late to face the WBA, IBF and WBO world champion at the Principality Stadium in 2017. He was eventually stopped in the 10th round in Cardiff and Joyce will be hoping to make a statement by getting the job done earlier.

It is Joyce’s first fight since he battered Daniel Dubois into a brutal submission in November. There was a chance that he could have fought Oleksandr Usyk for a vacant WBO belt this year had Joshua decided to vacate it. Instead AJ will face his mandatory challenger Usyk on September 25 while Joyce takes on Takam.

That proves, after just 12 professional fights, Joyce is within touching distance of that heavyweight hardware.

Joyce has proven his own minerals during his relatively short but meaningful start to life as a pro. He was the underdog against Dubois but proved many doubters wrong that night as he boxed diligently en route to a 10th round stoppage. It is without question that he is a very hard night’s work for any heavyweight on the planet, and they all know as such.

No more so than Joshua, after all those spars in Sheffield.

“I tried to message him after his defeat to Ruiz but I think he might have thrown away his phone or cancelled his contract because I didn’t get a reply. I saw him before at a boxing event but maybe he didn’t see me.

‘Maybe he doesn’t want to speak to me anymore because he sees me as a rival now. He’s very competitive. On the GB team he was already qualified by the time I got on the team, it wasn’t like we were rivals or anything because he was already way ahead. Then he went pro and he was way ahead then before I even turned pro.

“I did the Olympics so he helped me out with sparring and stuff. Now I’m just creeping up the ranks and nearly at the same level. That’s a very big, exciting fight if we can make it happen.

“Especially after I beat Takam, then you can compare the two and the two performances. There’s good opportunities for me if he accepts the challenge, how often has there been two Olympic heavyweights from Britain going at it?”

The are still many hurdles, however, before Joyce gets the chance to look across the ring at his old mate again. Joshua must beat Usyk and will then surely attempt to finally make his battle of Britain with Tyson Fury should he beat Deontay Wilder again. They could have two, maybe three fights. 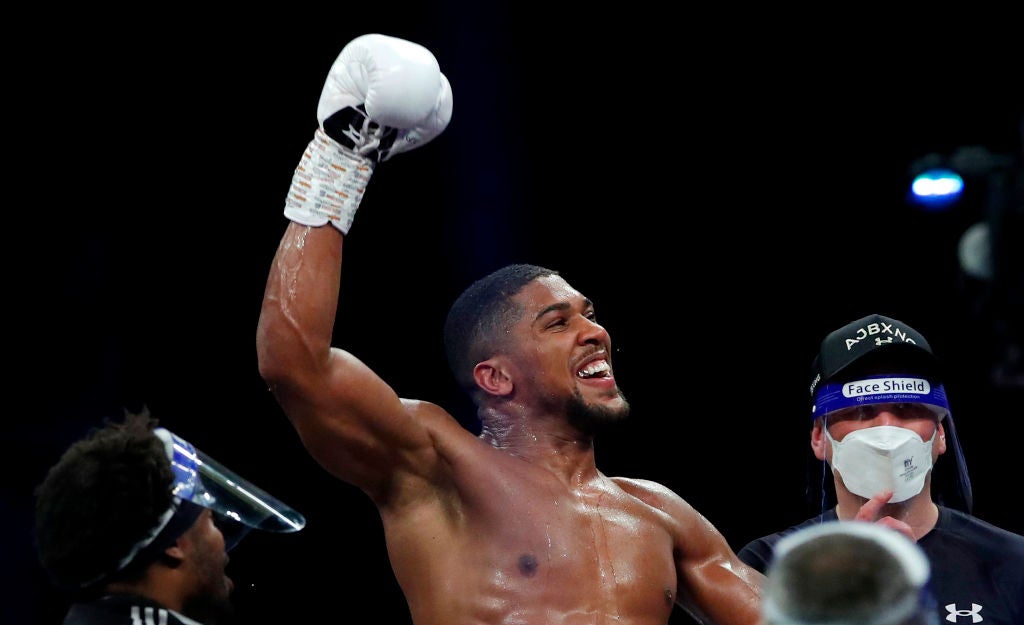 “With the pandemic and that, it just seems to make things take even longer,” Joyce said. “All the belts are there, they’re there but they’re stuck. You’ve got the rematch clauses and stuff. You just want to get these big fights happening and keep it moving.

“I think it’s part and parcel of boxing. There’s always a bit of politics and shenanigans all the way throughout as an amateur. I just keep myself ready and prepared and fight when I can.

“That’s one of my skills, I’m pretty patient and level-headed. I can patiently wait but when it gets in the ring that’s when the action starts so that’s what I look forward to and that’s why it’s so exciting. It’s not too bad. In my day-to-day life, I train and keep fit and do something I love to do which is boxing.

“I don’t go around smashing mirrors – because I’d only have to clean it up afterwards.”

For now, Takam is the focus and a convincing win will only push him further into the world title equation. Having turned over at the age of 32, he has always been in something of a rush but he believes time is still on his side.

He said: “A lot of boxers nowadays are boxing well into their forties, so I’ve got a few more years. I have relatively low mileage but I’ve picked up a whole heap of experience. Obviously I’ll be here for a few more years yet.”