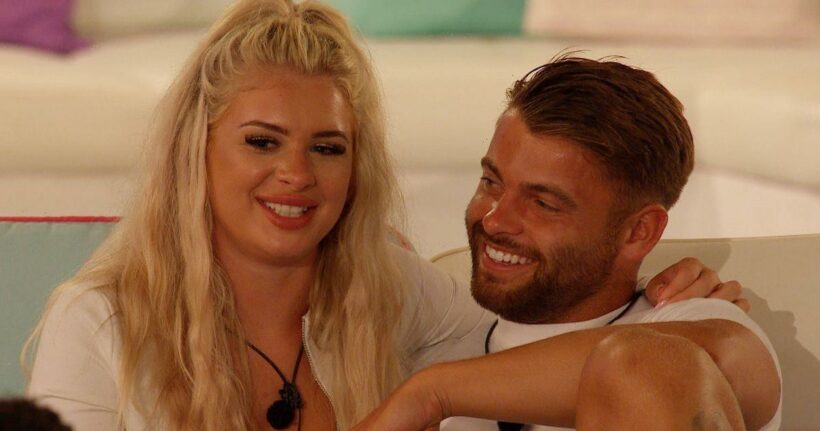 Love Love Island? Our Factor 50 email brings all the goss direct to your inbox

Love Island's Liberty Poole left her fellow Islanders shocked on Tuesday night as she revealed how far her and Jake Cornish have gone since being in the villa.

Liberty, 21, coupled up with 24 year old Jake on the very first day and have admitted they are developing feelings for one another.

But it has now emerged the pair have been getting raunchy under the covers as the girls set up their own secret code to reveal to each other how far they each have gone.

Kaz Kamwi – who has only been in friendship couples since her partnership with Toby Aromolaran ended – joked: "I don't even know if I'm gonna be on f**king entry level at this rate."

Using her own partnership as an example for the other girls, Liberty admitted: "I'm NVQ1, Jake's NVQ2."

Screams erupted from the girls as they jumped up and ran around the garden, with Faye taking to the Beach Hut to offer her reaction.

She said: "I'm gobsmacked, I have to share a bed next to them. F**king hell, they're making me look like I'm going at a snail's pace.

"I thought I was going at tortoise pace but they're making me look like I'm going at a snail's pace."

Elsewhere in the episode, Faye warned her partner, Teddy Soares, he could end up in the "dog house" after their first clash.

Faye was supporting her friend Kaz, 26, while Teddy spoke to Toby, 22, and the boys, but as things escalated it was Faye and Teddy who butted heads.

Teddy was trying to keep the peace and told the Devonshire girl to "be quiet", which didn't go down well with Faye.

Fuming, the blonde beauty hit back at her beau and things got tense between the pair.

While they managed to diffuse the tension later on on the swings, Faye warned viewers at home in the Beach Hut that Teddy would be in the "dog house" if he ever did that again.

For the latest Love Island gossip, make sure to sign up to OK!'s daily celebrity newsletter and Factor 50 – your one stop for all the latest villa news.

Love Island continues nightly at 9pm on ITV2 and ITV Hub. Episodes are available the following morning on BritBox.