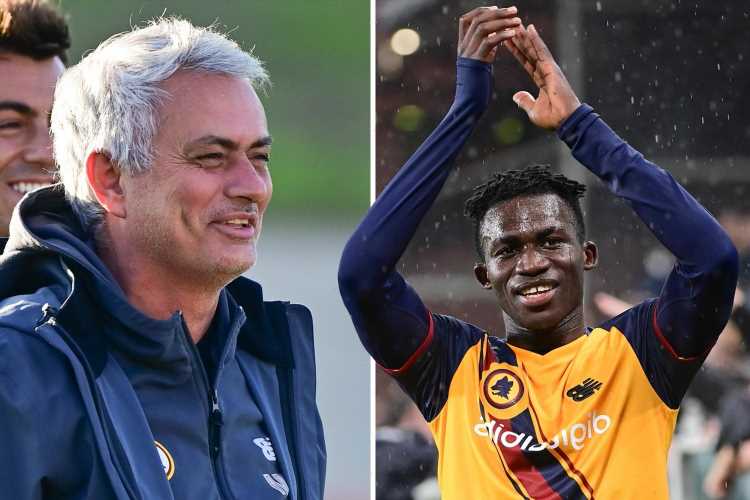 JOSE MOURINHO has revealed Roma match-winner Felix Afena-Gyan ran over and hugged him during his goal celebration because he was reminding him of their £700 bet.

The 18-year-old youngster came off the bench with less than 15 minutes remaining with the deadlock yet to be broken against Genoa on Sunday. 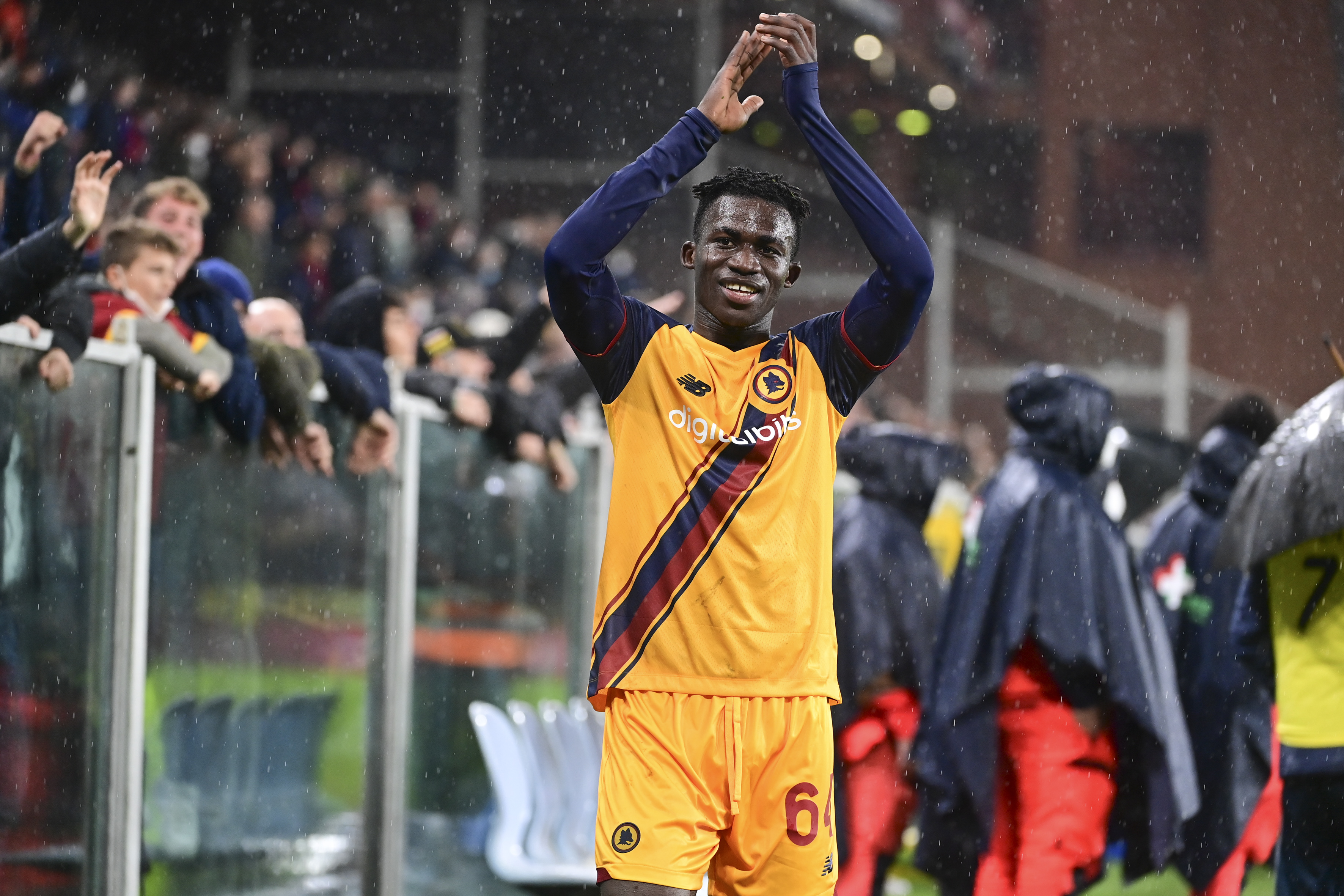 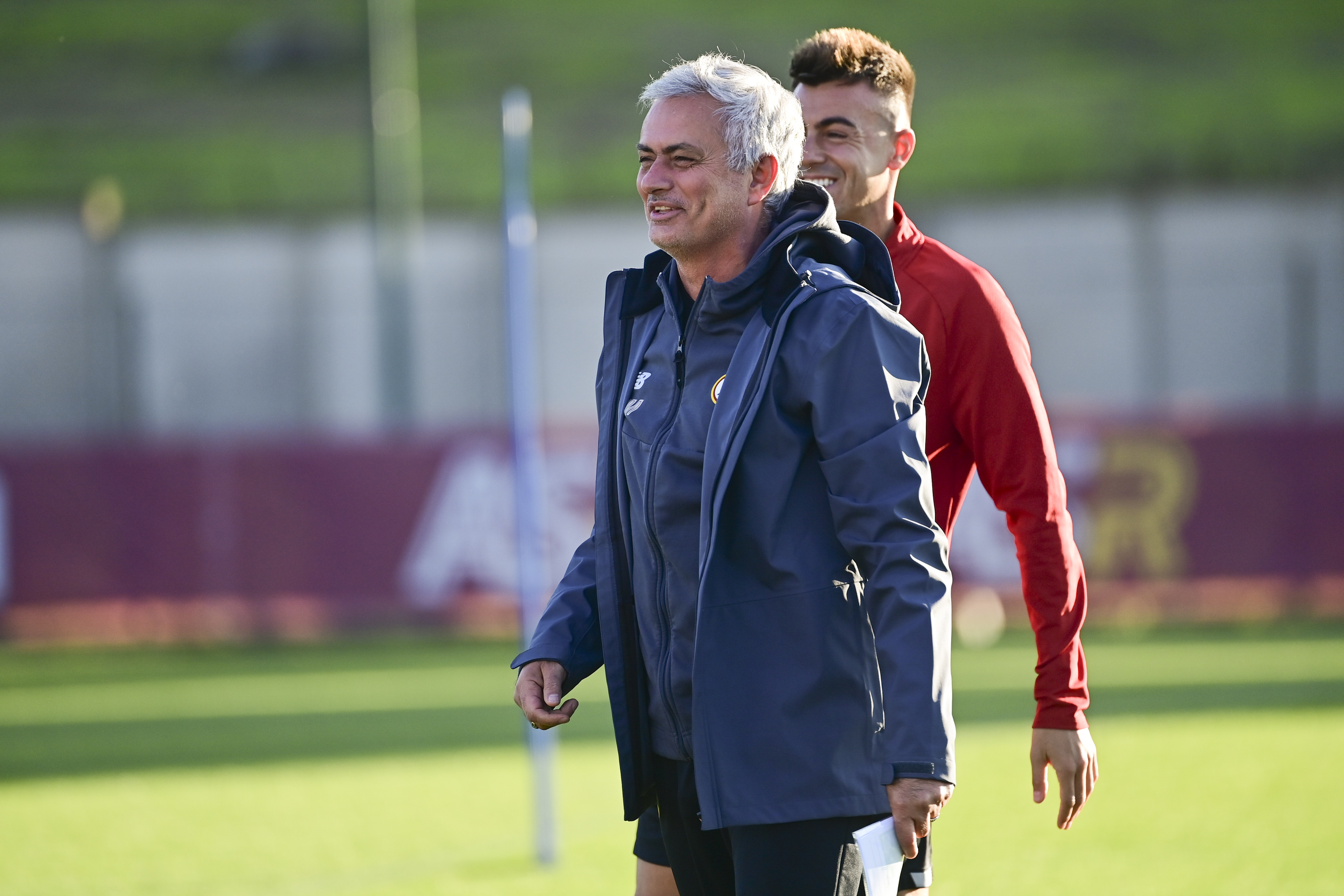 Afena-Gyan then went on to score twice to win Roma the match 2-0, a brace that included a 25-yard thunderbolt in stoppage time.

But it was his opening goal which led the teenager to sprint over to the sidelines and hug coach Mourinho.

And the former Chelsea boss revealed after the game the reason behind Afena-Gyan's celebration.

He told Football Italia: "I had promised to buy Felix the shoes he really likes, which are really expensive – they cost 800 euros. So he ran over and told me not to forget!

"Tomorrow morning, the first thing I do is buy him the boots."

Afena-Gyan was handed his Roma debut by Mourinho last month, a steep rise from when he was playing schoolboy football in Ghana just two years ago.

He caught the eye of the first team after netting six goals in five games for Roma's U19s and has now officially burst on to the scene for Mourinho's side.

In his three appearances so far, he has scored two goals and also changed the game as an impact sub against Cagliari.

And Mourinho confirmed after his brace against Genoa that he would be staying with the first team from now on.

He added: "I am sorry for Mister De Rossi and the Primavera squad, but Felix will stay with us.

"The Primavera work close to us, so Felix and another four or five players have come across to the senior squad.

"You get these kids now who think they know everything, but he is humble and you can sense he just absorbs all this information from everyone around him. That's fantastic.

"What impressed me the most was his cool head in front of goal. If he is not in terms of technique fantastic, he does have a strong mentality."

Roma's Serie A victory comes off the back of two successive league defeats before the international break.

Mourinho's side now sit fifth in the table, just three points behind Atalanta in fourth.