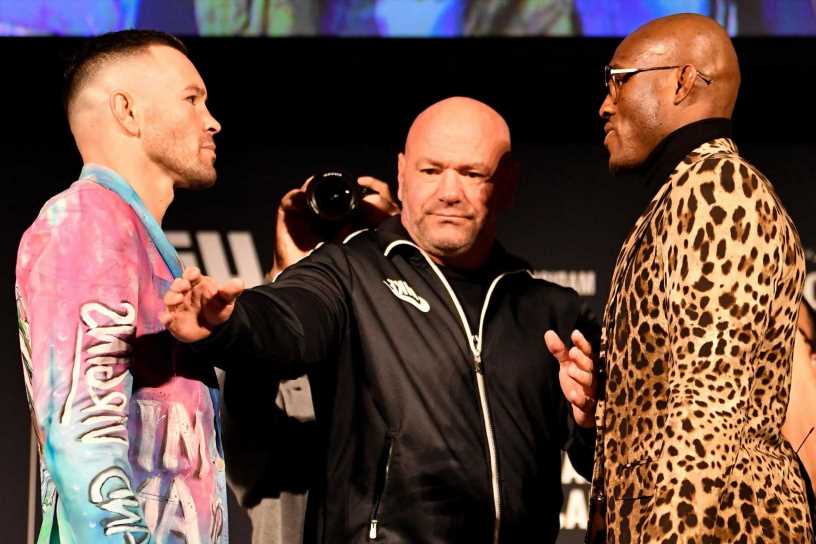 KAMARU USMAN accidentally elbowed UFC chief Dana White in the stomach as he stepped up his feud with Colby Covington. 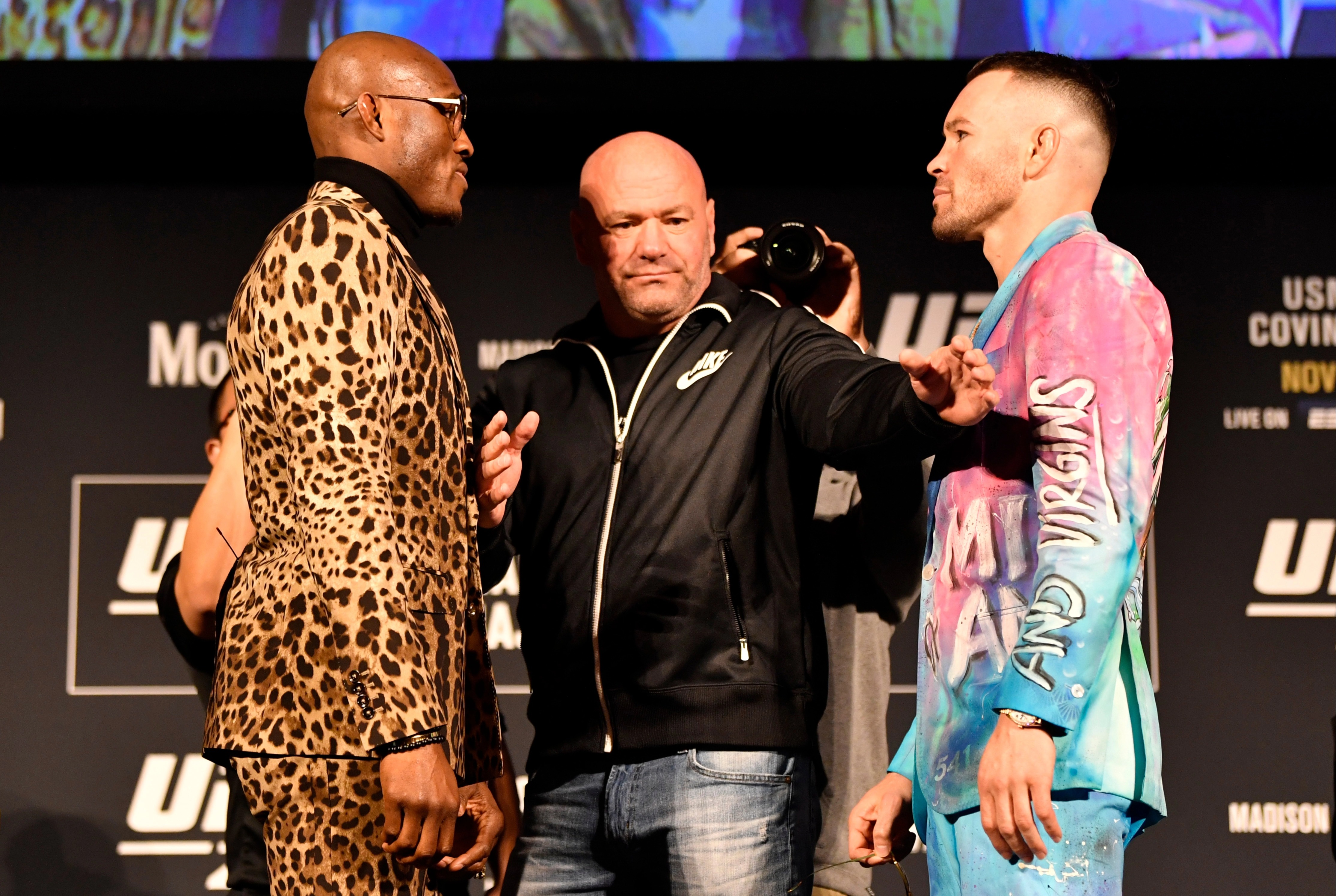 And with Covington taunting him about his 'scam artist' dad being in jail, welterweight champ Usman could not be more fired-up for their long-awaited rematch.

But UFC president White got more than he bargained for when he leapt between the pair.

After reeling backwards, the promoter confirmed on Instagram: "Usman elbowed me in the stomach."

Africa's first UFC king Usman has vowed to repeat his epic win over Covington of 2019.

But Chaos, aka Covington, did his best to hype up the hatred and his claim that he was robbed in that first showdown.

And he homed in on the prison term served by Usman's father for health care fraud.

“I got a hook-up with law enforcement if you want me to call his parole officer, I’ll make sure he can come on Saturday night.

“You want me make sure? I feel so bad for Mrs Usman."

Covington claimed Usman had gone all out trying to avoid a rematch, saying: "Uncle Dana and the UFC had to force his hand

"He was trying to fight other lightweights."

And he added: “If he didn’t fake timeouts the first fight, I would have destroyed him."

But Usman responded: “Listen, if he’s saying that I was faking this or faking that to get out of the fight, I didn’t.