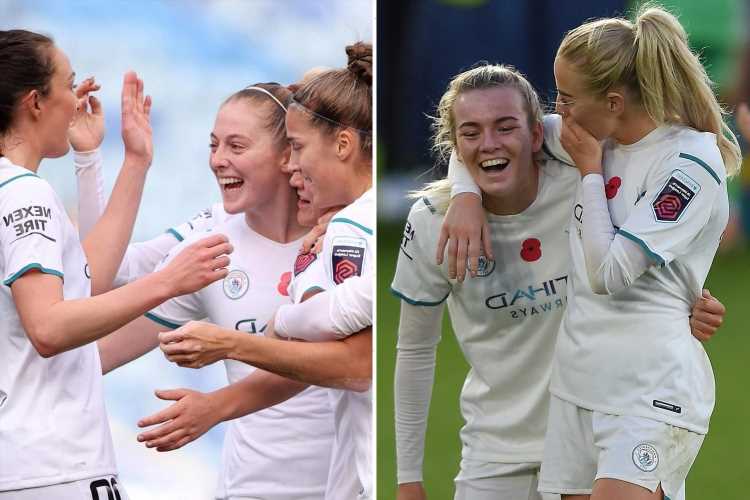 KEIRA WALSH netted a wondergoal as Man City trounced Leicester 4-1 to recover from their worst ever start to a WSL season.

The midfielder’s rocket and a Lauren Hemp strike were among the goals that saw the Foxes fall to a sixth consecutive defeat. 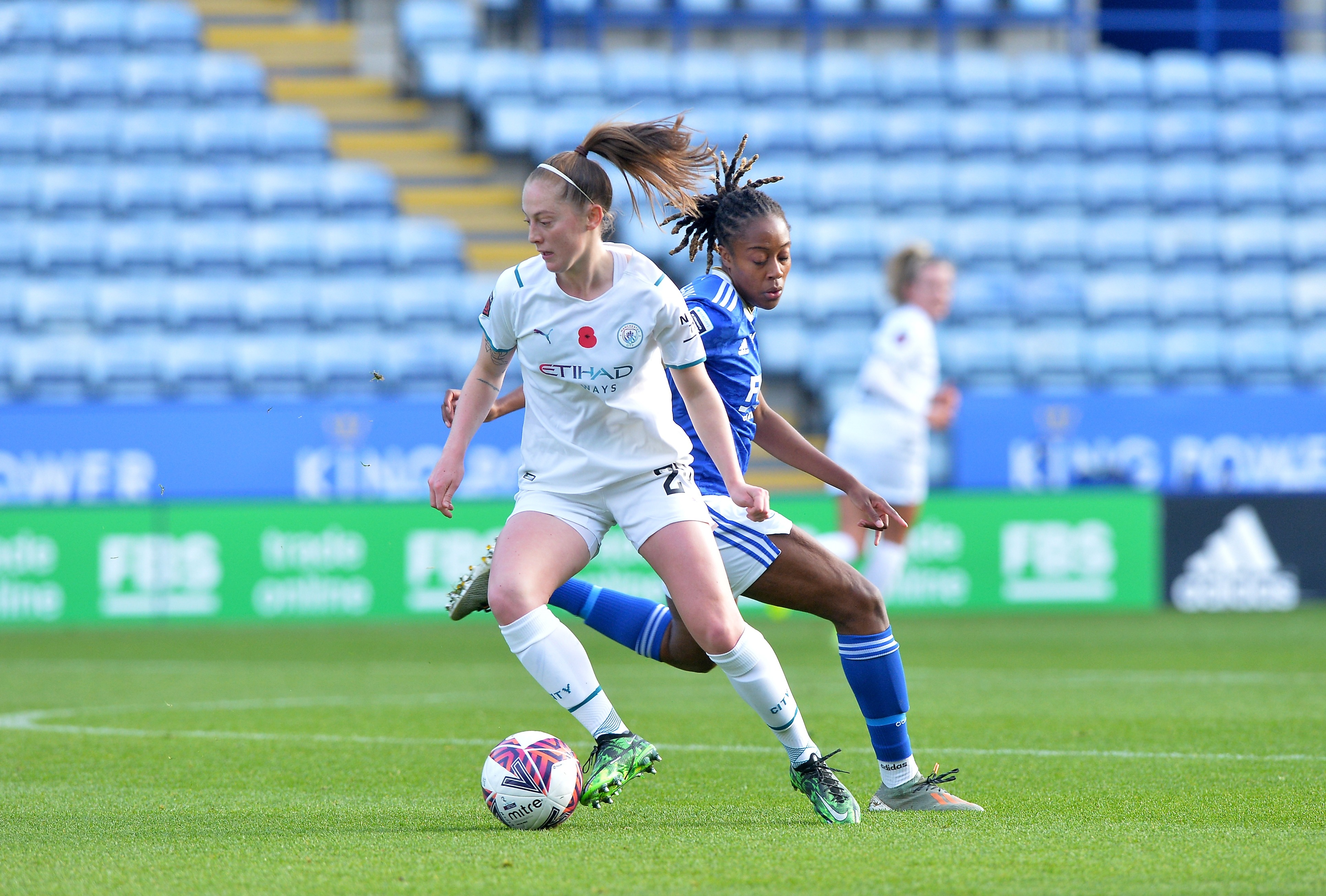 The victory saw City bounce back from a first-minute defensive howler to go seventh and one spot above Everton before their clash with Chelsea.

On Walsh’s goal City boss, Gareth Taylor said: “We know she’s capable of that and it was nice to see her arrive there on the edge of the box.

“Keira is a player who needs rhythm, who needs games, and she’s not had that consistently.

“But the more she plays and the more game time she gets under her belt, I’m pretty certain we’re going to see performances like that."

Coming in this game the Citizens had picked up just four points from their opening five league games.

And their opponents got off to a dream start at the King Power stunning City in the process.

Ex-Manchester United striker Jess Sigsworth opened the scoring capitalising on an error from Jill Scott to put the hosts ahead after 59 seconds.

However, the visitors went on the attack swiftly in response, with Georgia Stanway testing Kirstie Levell with a 20th-minute shot skimming the crossbar.

And they got their equaliser with Caroline Weir whipping in a low effort past Levell following a cross from Hemp moments before the half-hour mark.

Leicester made an early substitution with Sophie Howard coming on for Georgia Broom in a bid to nullify the threat of Hemp.

But the hosts went behind again with Walsh walloping in her first league goal of the season on the edge of the 18-yard box close to half-time. 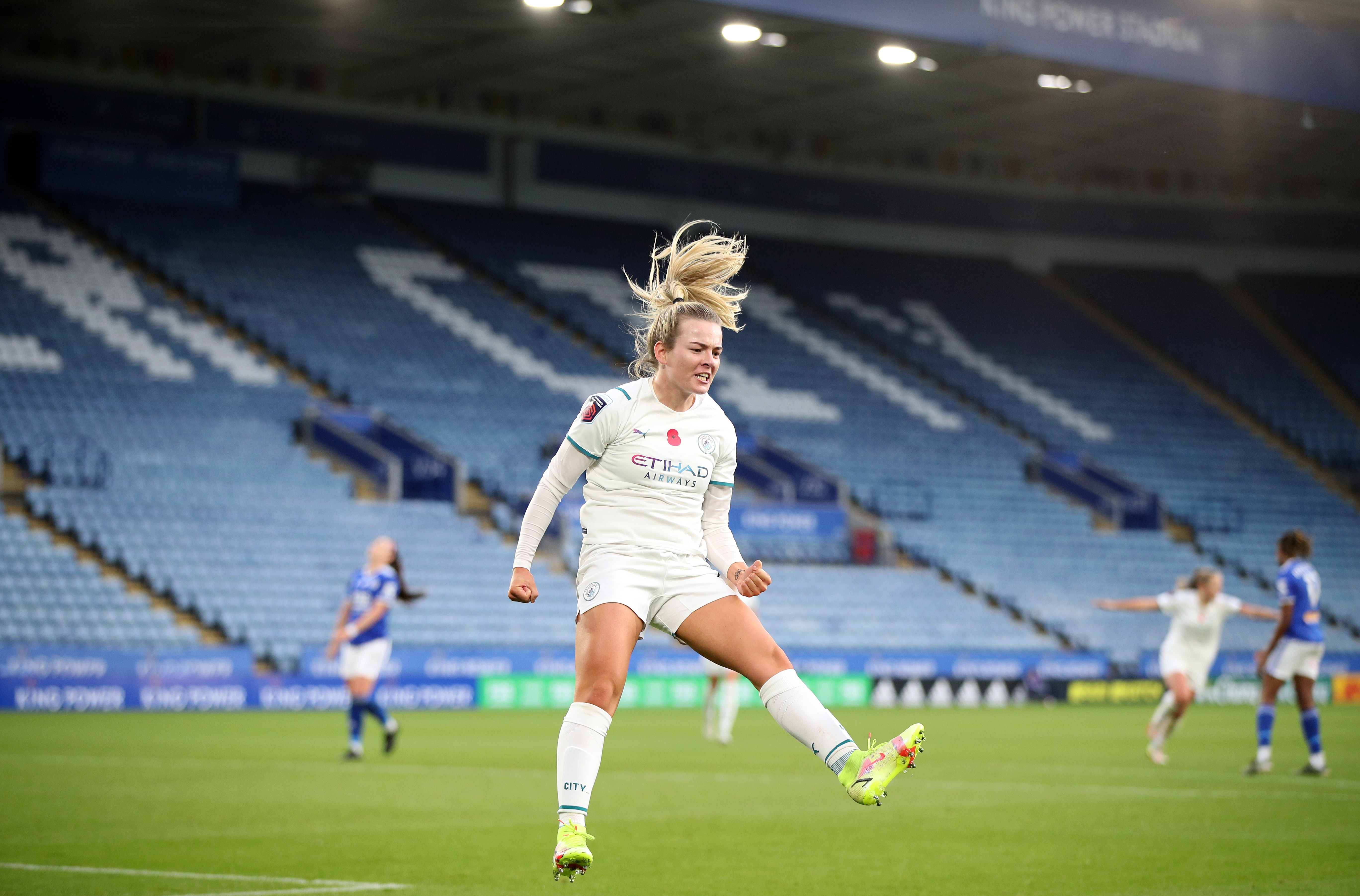 The second half saw no let-up from the visitors.

Jess Park forced a save from Levell with the starlet outpacing Molly Pike before unleashing a shot aimed for the top-left corner.

And Stanway stung the palms of the ex-Everton keeper in the 55th minute. before she pulled off a stunning acrobatic save to keep out a Hemp strike moments later.

However, the winger got on the scoresheet to bury City’s third in the 70th minute before Laura Coombs made it four in the closing stages.

Taylor added: “Lauren is a fantastic outlet for us.

"I think at times we overuse her and one of the challenges we've tasked her with is to connect in the final third and up her ratio of goals and assists. 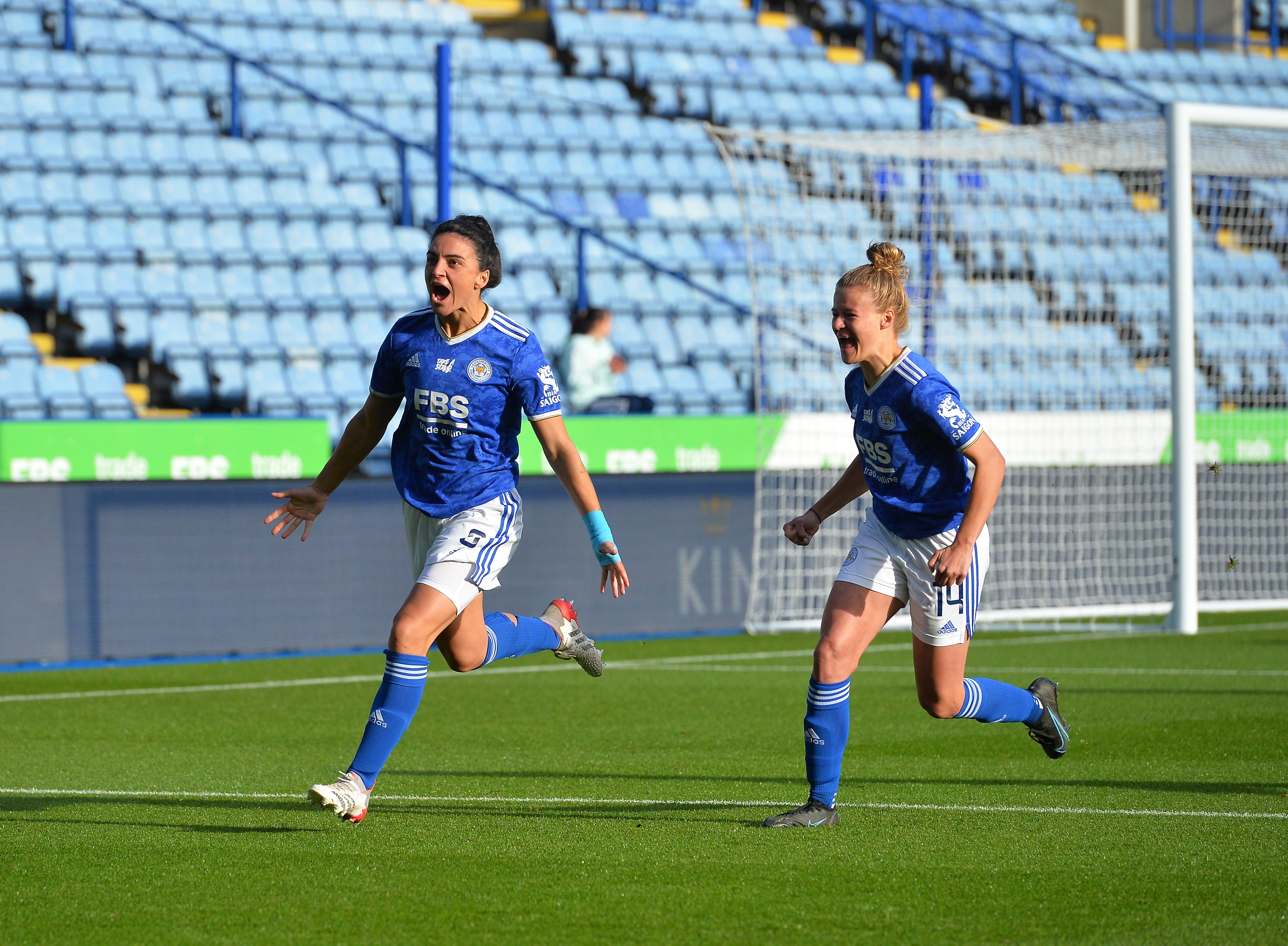 “She produced a lot of numbers in half a season last year. I thought in this game she looked so dangerous from the start and took her goal really well.”

The result leaves Leicester without a point after six games following a tough introduction to life in the WSL.