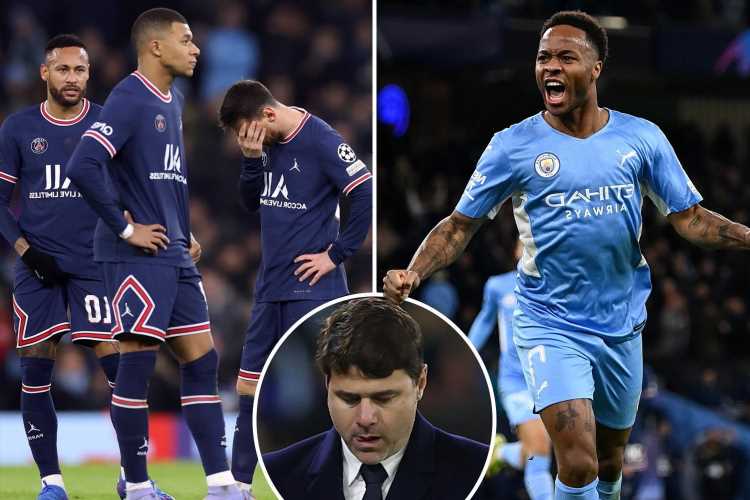 THAT football genius Ole Gunnar Solskjaer won each of his last three Manchester derbies at the Etihad.

So this wasn’t exactly the showcase Mauricio Pochettino would have liked if Manchester United’s board need any convincing that he should be Solskjaer’s Old Trafford successor. 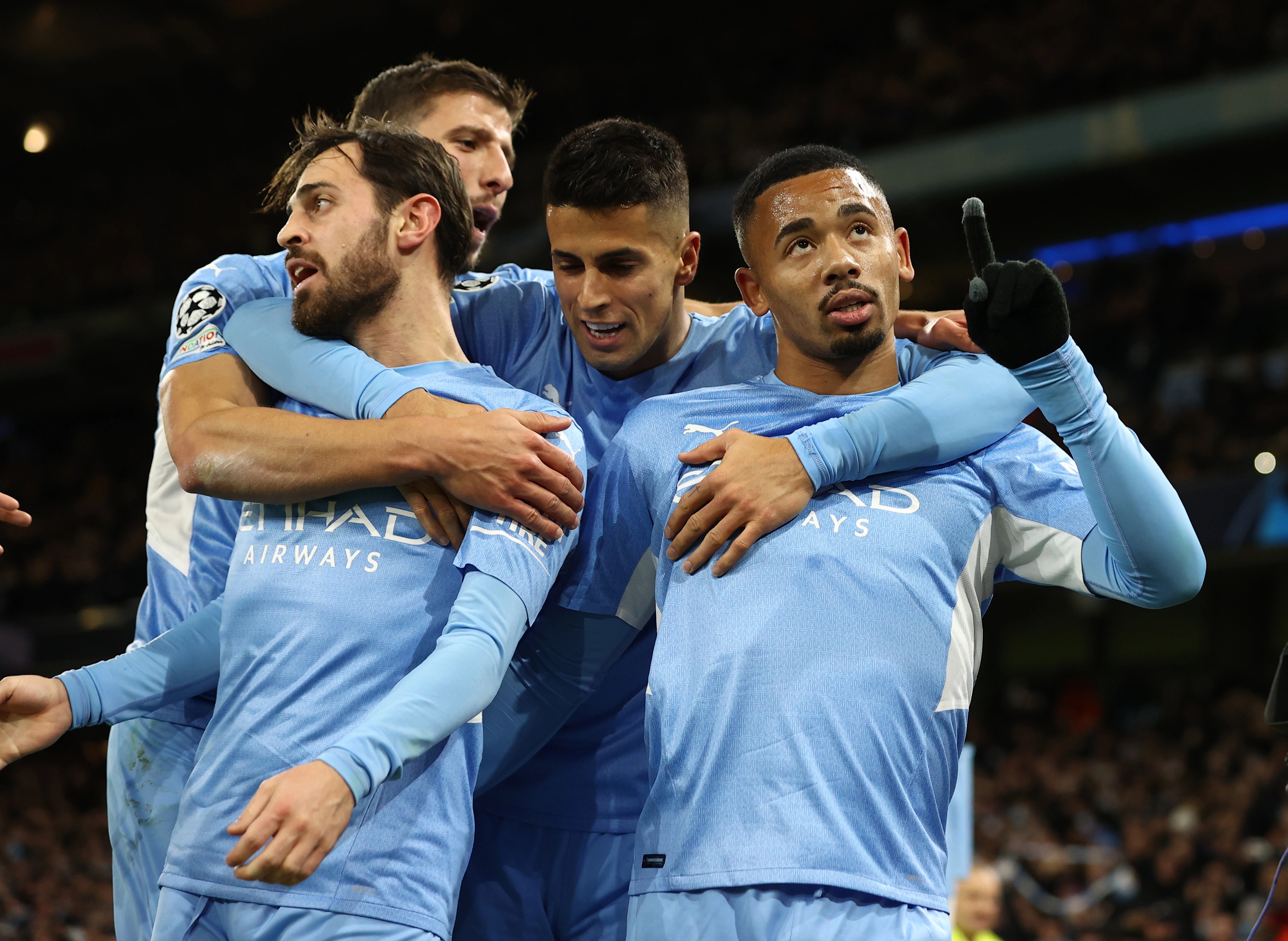 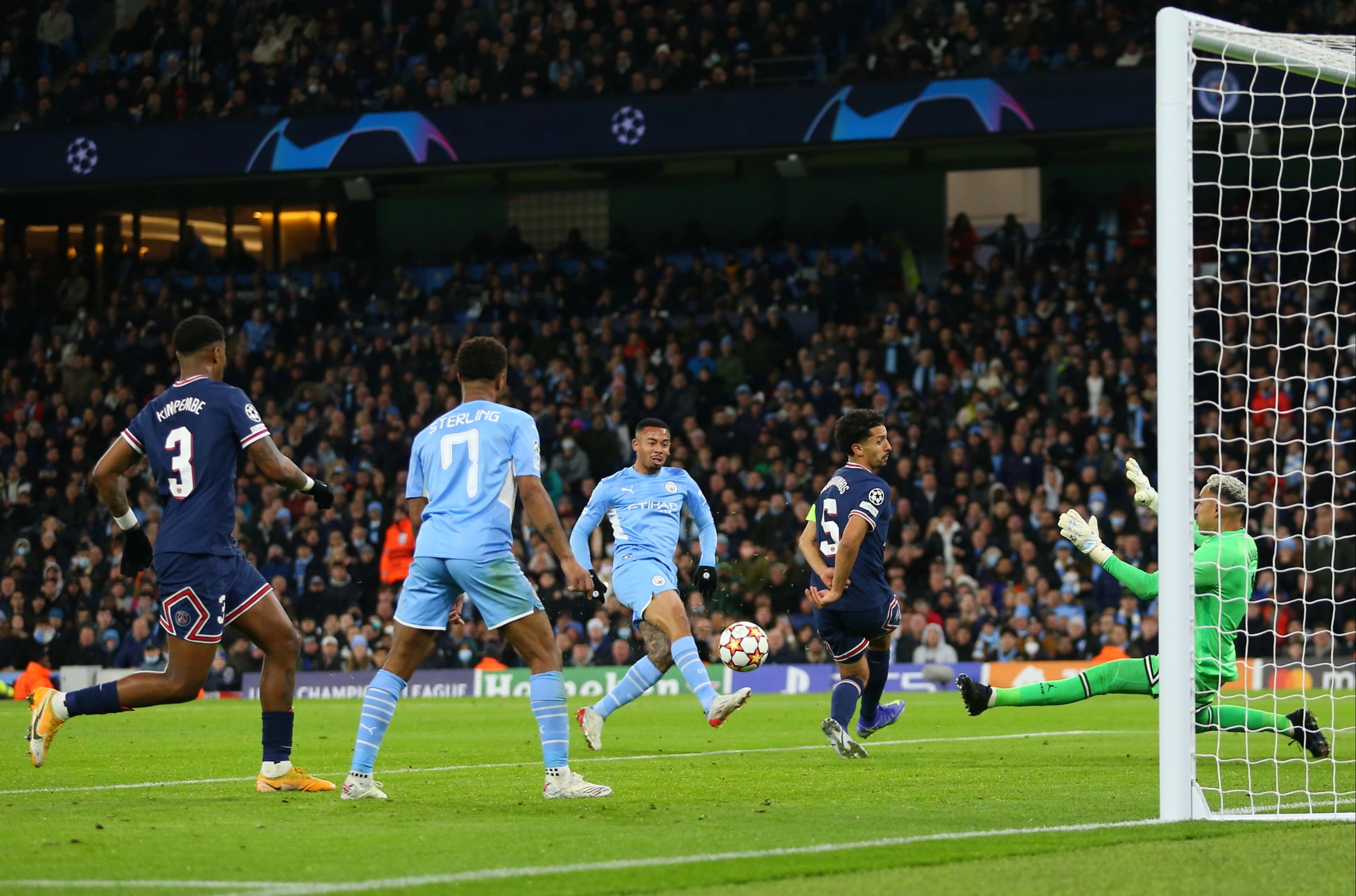 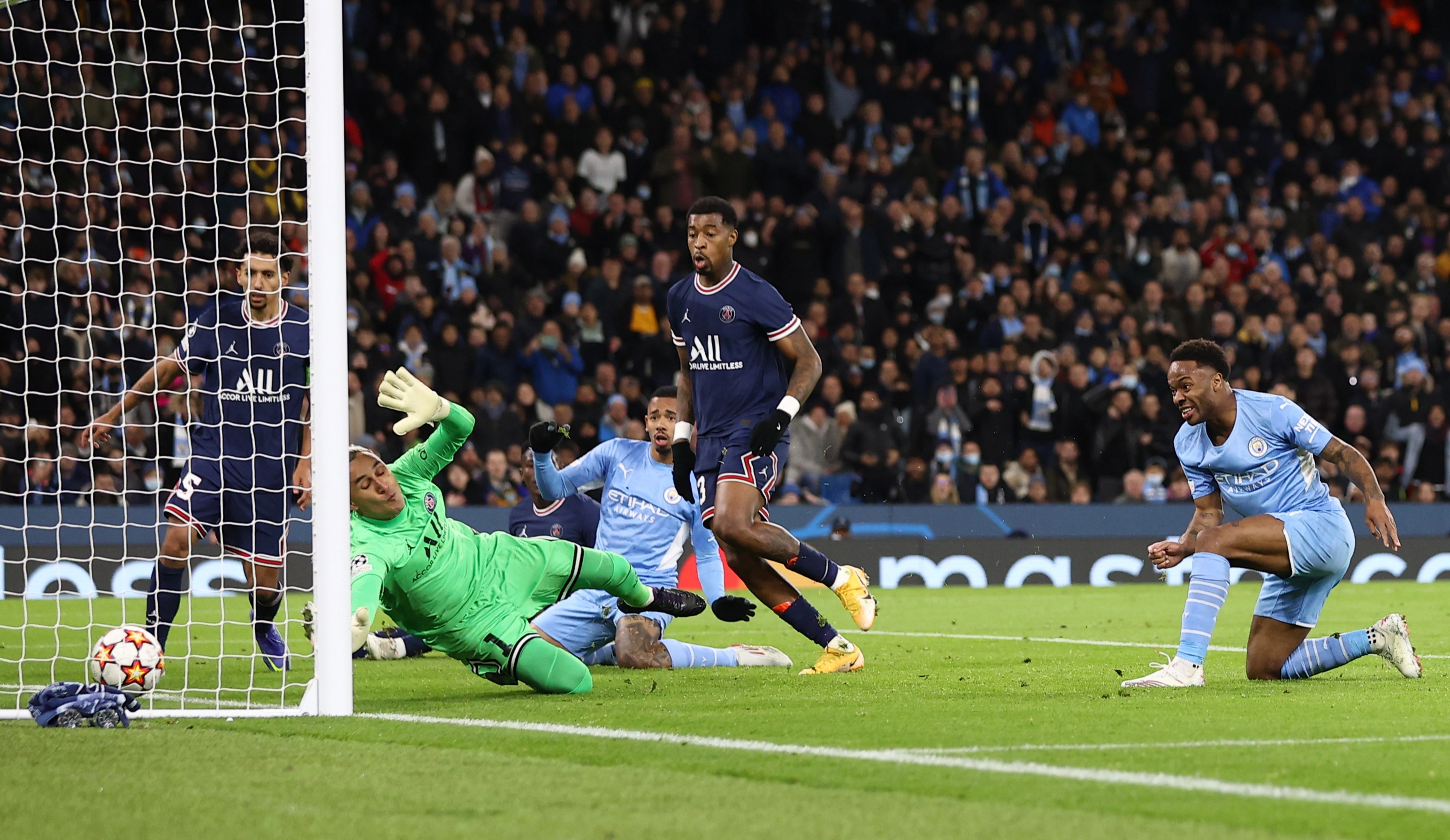 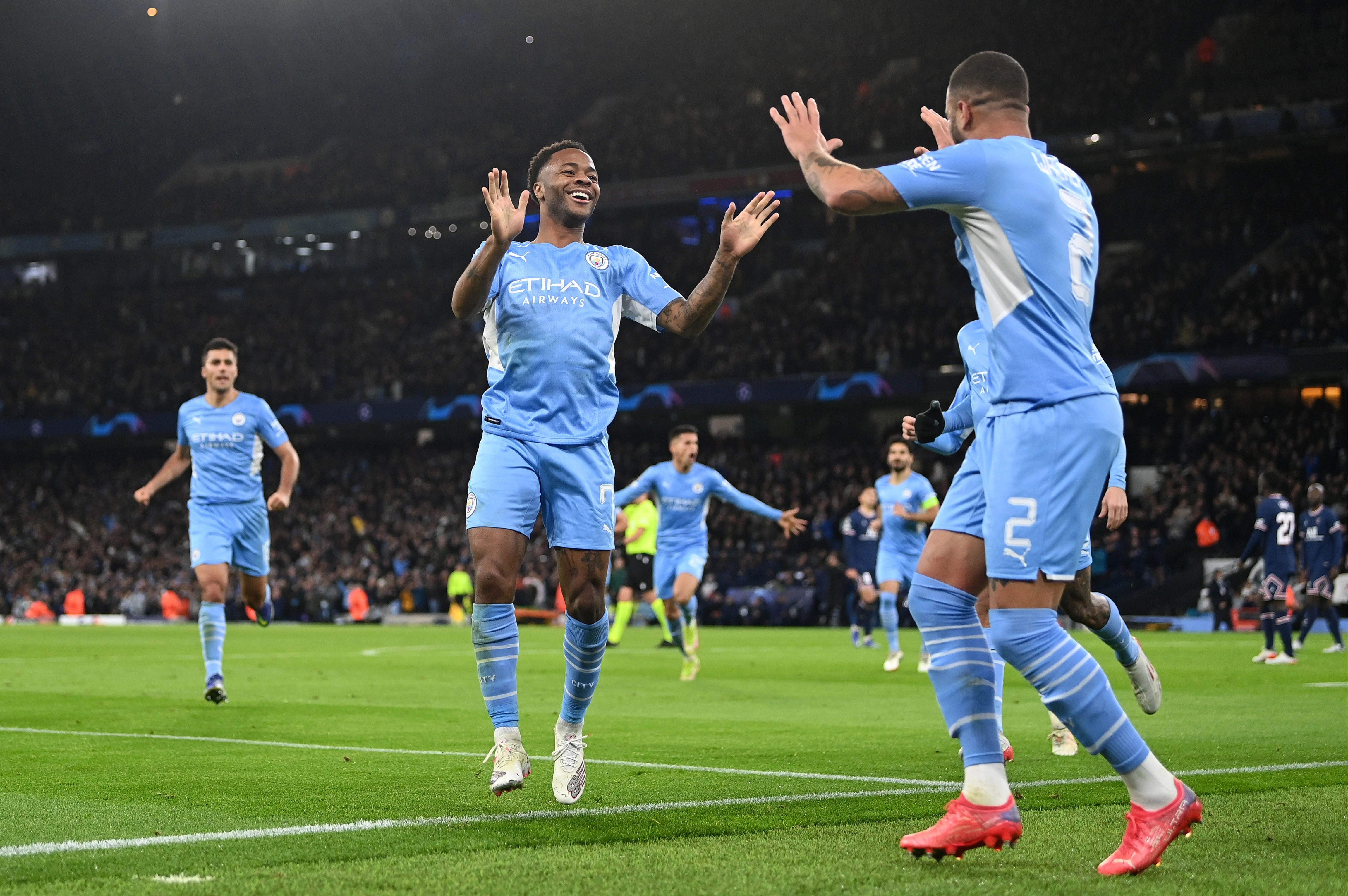 Poch’s Paris Saint-Germain were outplayed by Pep Guardiola’s City, who confirmed top spot in Group A with a comeback victory courtesy of goals from Raheem Sterling and Gabriel Jesus.

Indeed, a PSG team which included the holy trinity of Lionel Messi, Kylian Mbappe and Neymar was even out-done for flicks and party tricks by a City side in saucy form.

In truth, this was little more than an exhibition match and almost certainly wasn’t relevant to Pochettino’s career path.

The former Tottenham boss seems highly likely to be taking charge of United in derby matches here either this season or next.

Despite all the riches at his disposal in the French capital, Pochettino seems desperate to join United. 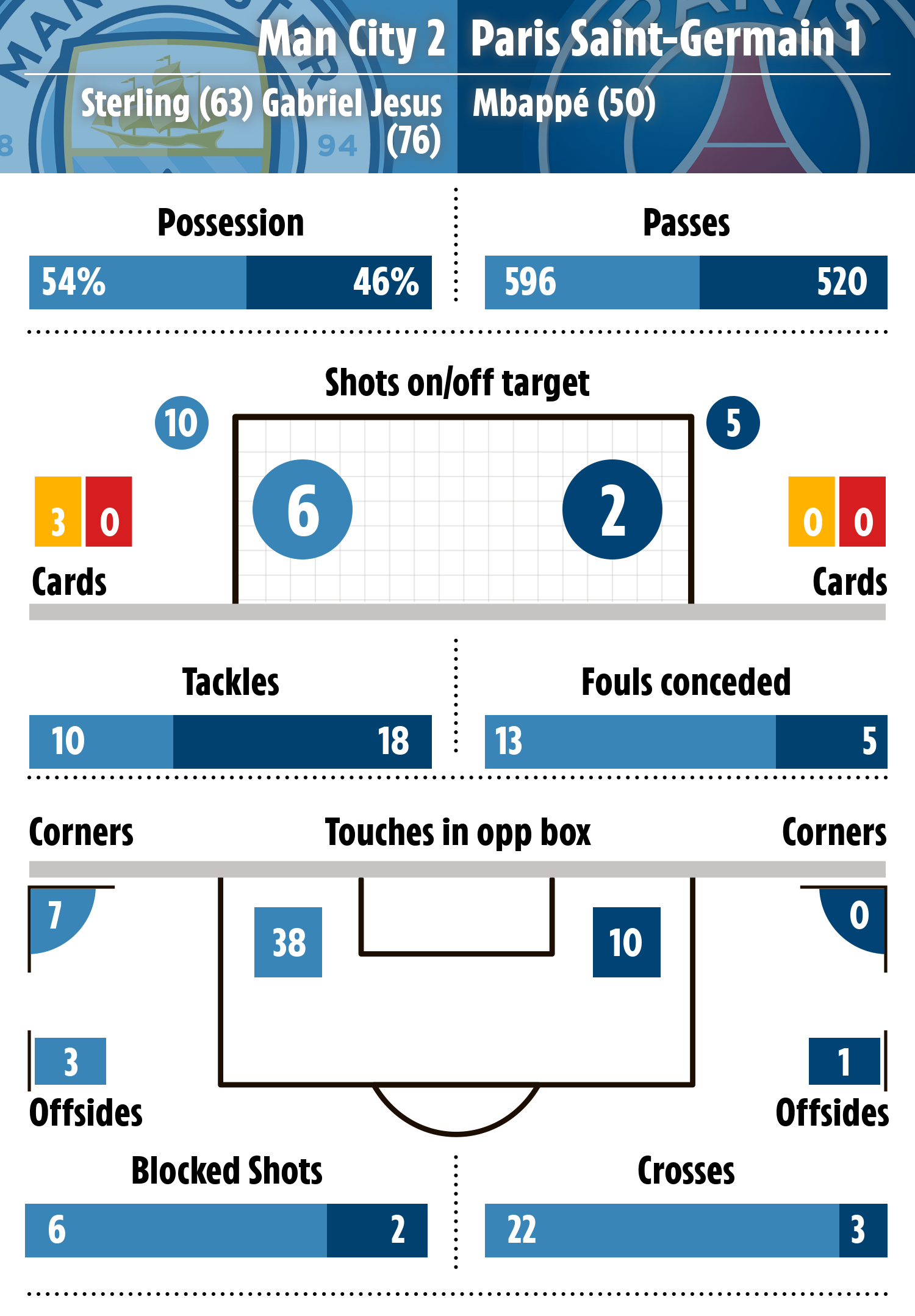 After all, each of England’s four representatives have won their Champions League groups with a game to spare.

Or perhaps managing such an expensive group of individuals simply isn’t a great fit for a boss who values team ethic above all.

PSG are adamant Poch will not be allowed to leave in mid-season and United are interviewing potential interim bosses to keep the seat warm for him.

Pochettino’s side lost their heads in the semi-final at the Etihad last season and missed out on a chance to land the holy grail of their Qatari bankrollers.

Pochettino had a bench which included Gianluigi Donnarumma, Marco Verratti, Angel Di Maria, Gini Wijnaldum and the big bad wolf Sergio Ramos, back from a lengthy injury for his first involvement since joining PSG for Real Madrid.

It would be quite a collection of players to leave behind – let alone the three fellas they employ up front.

But Pochettino’s people have made it clear that the Argentine would pretty much crawl over broken glass to take over at United tomorrow – however illogical that might seem.

Even with so many attacking players on the sidelines – and Grealish touting around spare tickets on Twitter a couple of hours before kick-off – City were dominant.

Pochettino’s men were intent on trying to play out from the back to an extraordinary degree. City pressed high and PSG looked panic-stricken at times.

It had been much the same for long stretches of the first game in France, yet Pochettino’s side won that one 2-0, with a belter from Messi, his first for his new club.

First Presbel Kimpembe made an athletic headed goal-line clearance after Rodri had headed goalwards from a Riyad Mahrez free-kick.

And then Mahrez, who was upstaging PSG’s three amigos for party tricks, had a shot clawed away by Keylor Navas. 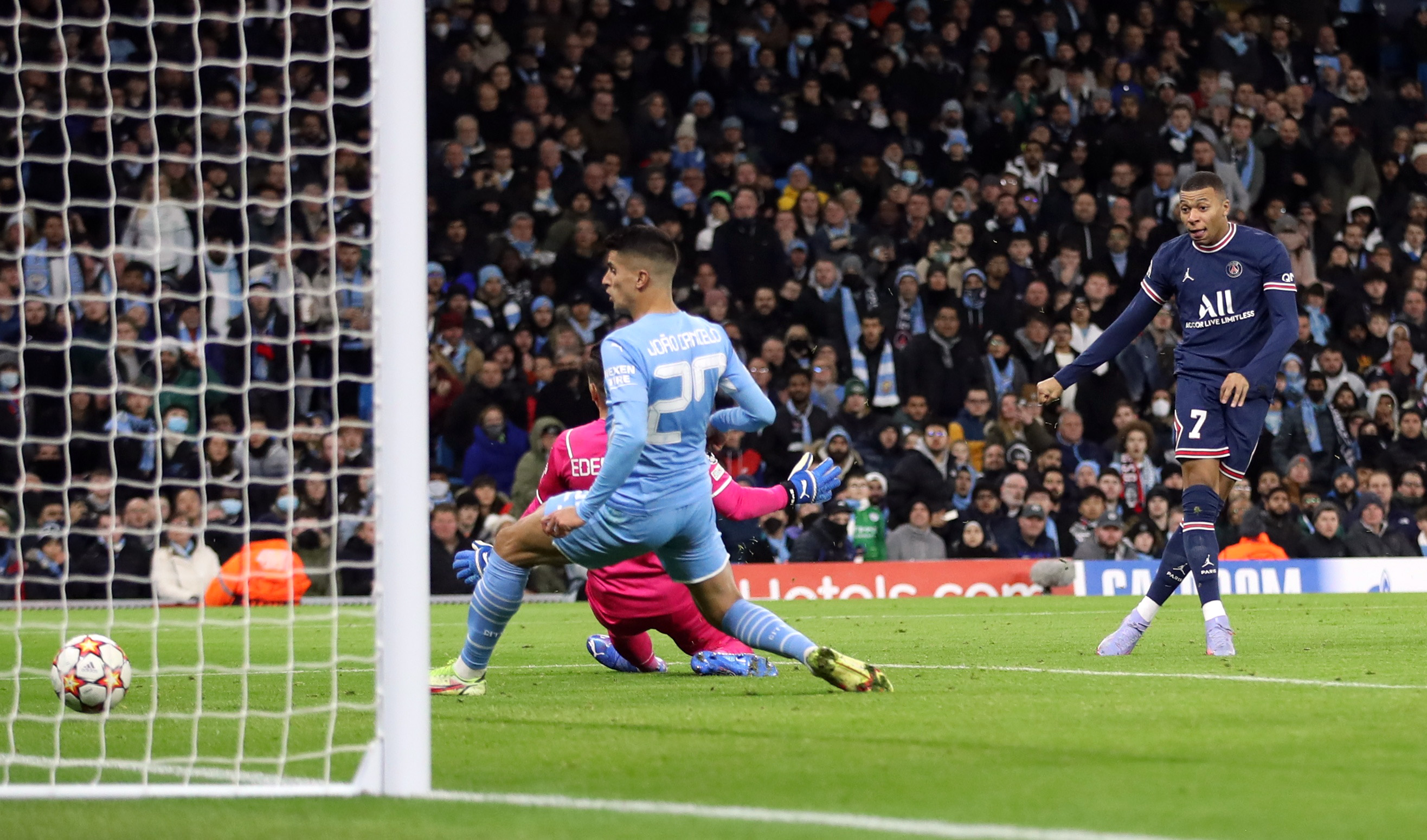 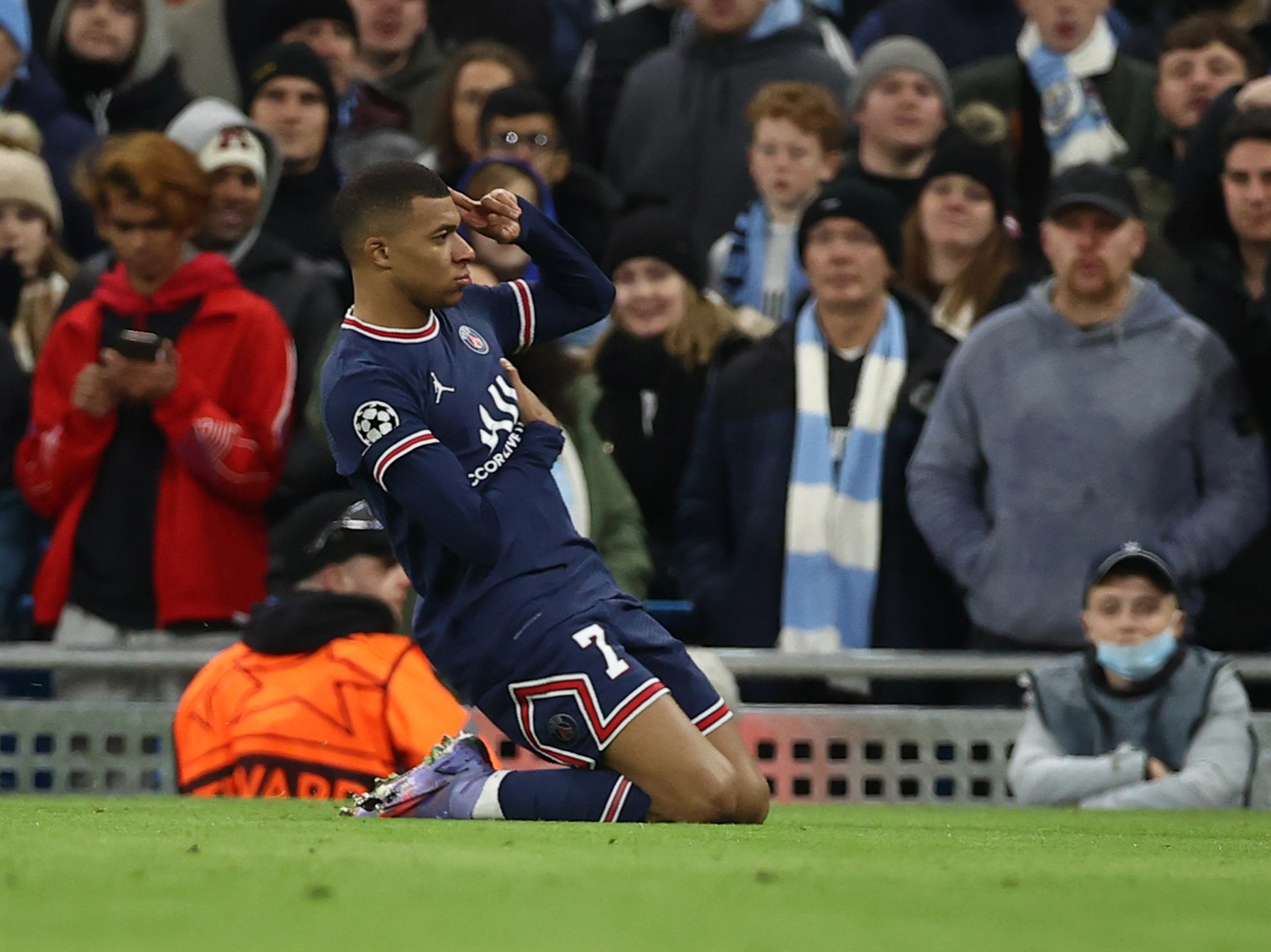 Then a gem of a backheel from Ilkay Gundogan, to extricate himself from heavy traffic on the right and Bernardo Silva cut back for a Mahrez shot headed clear by Achraf Hakimi.

Next, Gundogan rammed a shot against the post after Nuno Mendes failed to properly clear a Joao Cancelo cross and a Mahrez curler was pushed away by Navas.

It was fabulous stuff from Guardiola’s side but another of those nights when you started obsessing about the absence of an authentic centre-forward to finish it all off.

And then, shortly before the break, they got a little too cocky and as John Stones attempted a keepy-uppy session in centre circle, Neymar robbed him and released Mbappe, who fired over when he ought to have scored.

It was PSG’s only serious effort of the first half – Messi dropping deep too often, body-checked by Cancelo, but largely peripheral.

With rock-bottom Leipzig racing clear of Bruges in the early stages of the other match in Group A, both sides knew they were through to the last-16 by half-time.

Poch sent his players out early for the second half – perhaps out of anger, perhaps because he wanted some extra time to work on his PowerPoint presentation for the Glazers.

Either way it worked, and PSG were soon in front. It helped that Messi finally got the ball in an advanced area, he exchanged passes with Ander Herrera and his centre was deflected to Mbappe, who nutmegged Ederson to score.

Guardiola sent Gabriel Jesus on in place of Oleksandr Zinchenko.

After a storm broke when City played on after an injury to Herrera, the volume rose around the Etihad and City were soon level.

Gundogan’s centre was met by a volleyed pass from a leaping Kyle Waker beyond the far post, this cannoned off Jesus and Sterling stabbed in off the post.

Neymar darted his way merrily through the City defence, playing a one-two with Angel Di Maria, but shooting wide.

And soon City had their winner – a left-footed Mahrez cross curled in from the right, a cute cushioned cut-back from Bernardo and a scuffed finish from Jesus – no more than City deserved.