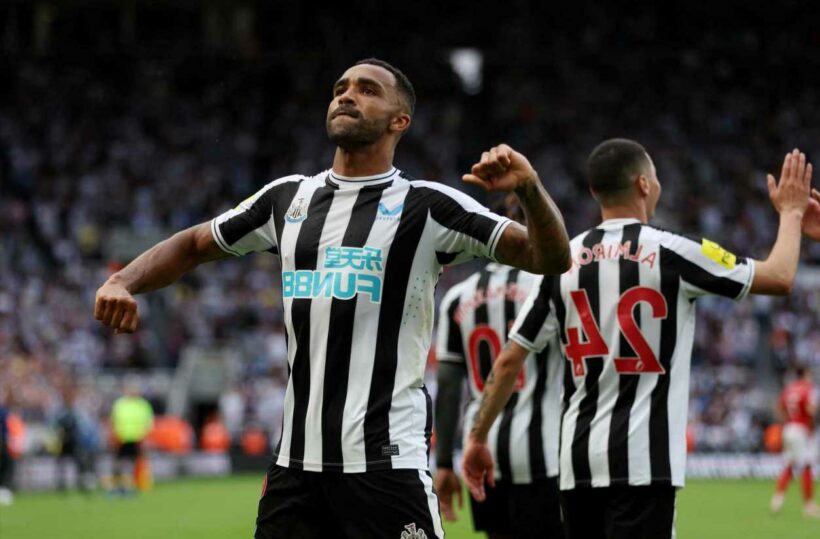 Steve Cooper’s side held their own against Newcastle until they were undone by a moment of magic by the Swiss defender after 58 minutes. 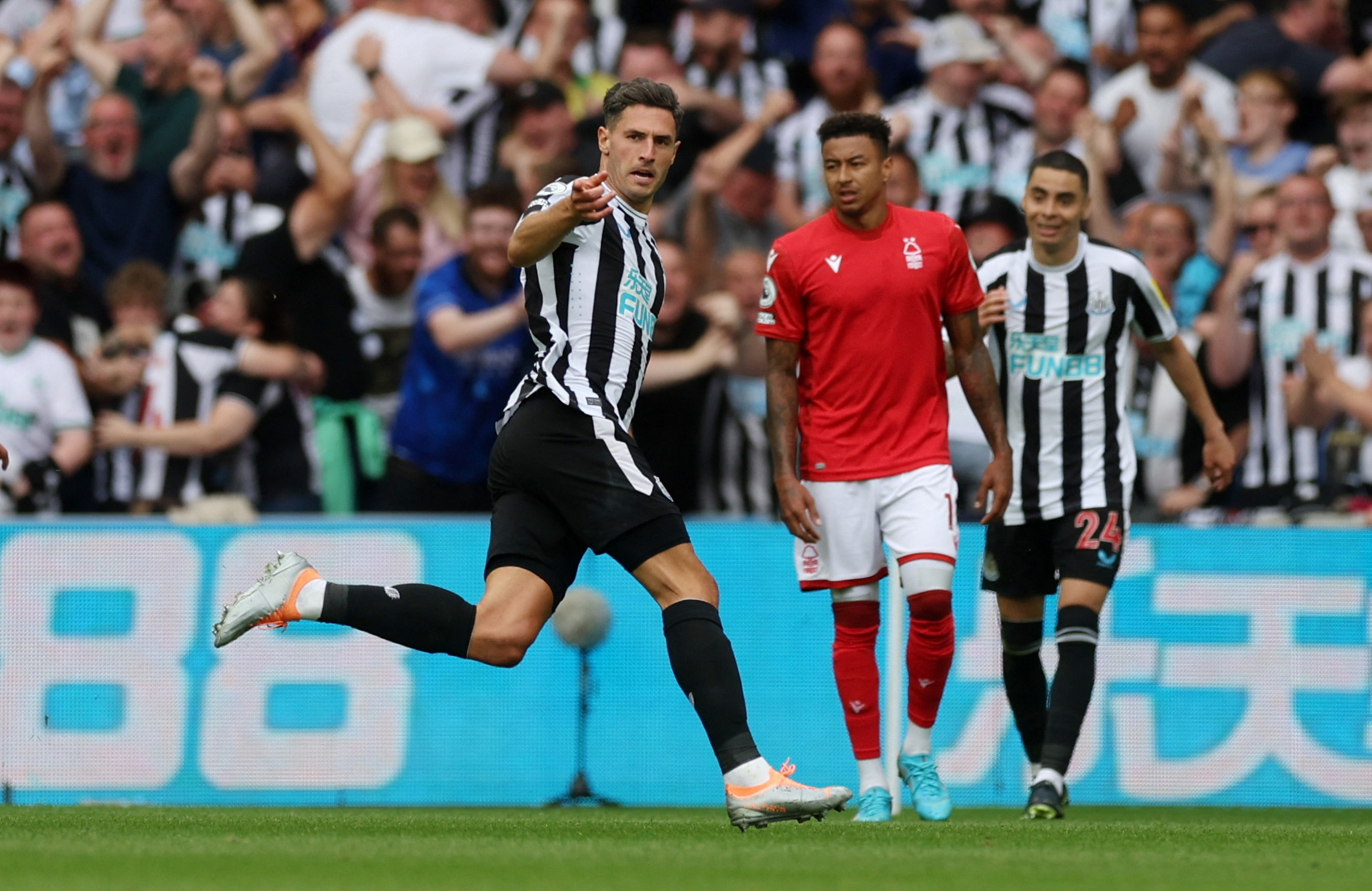 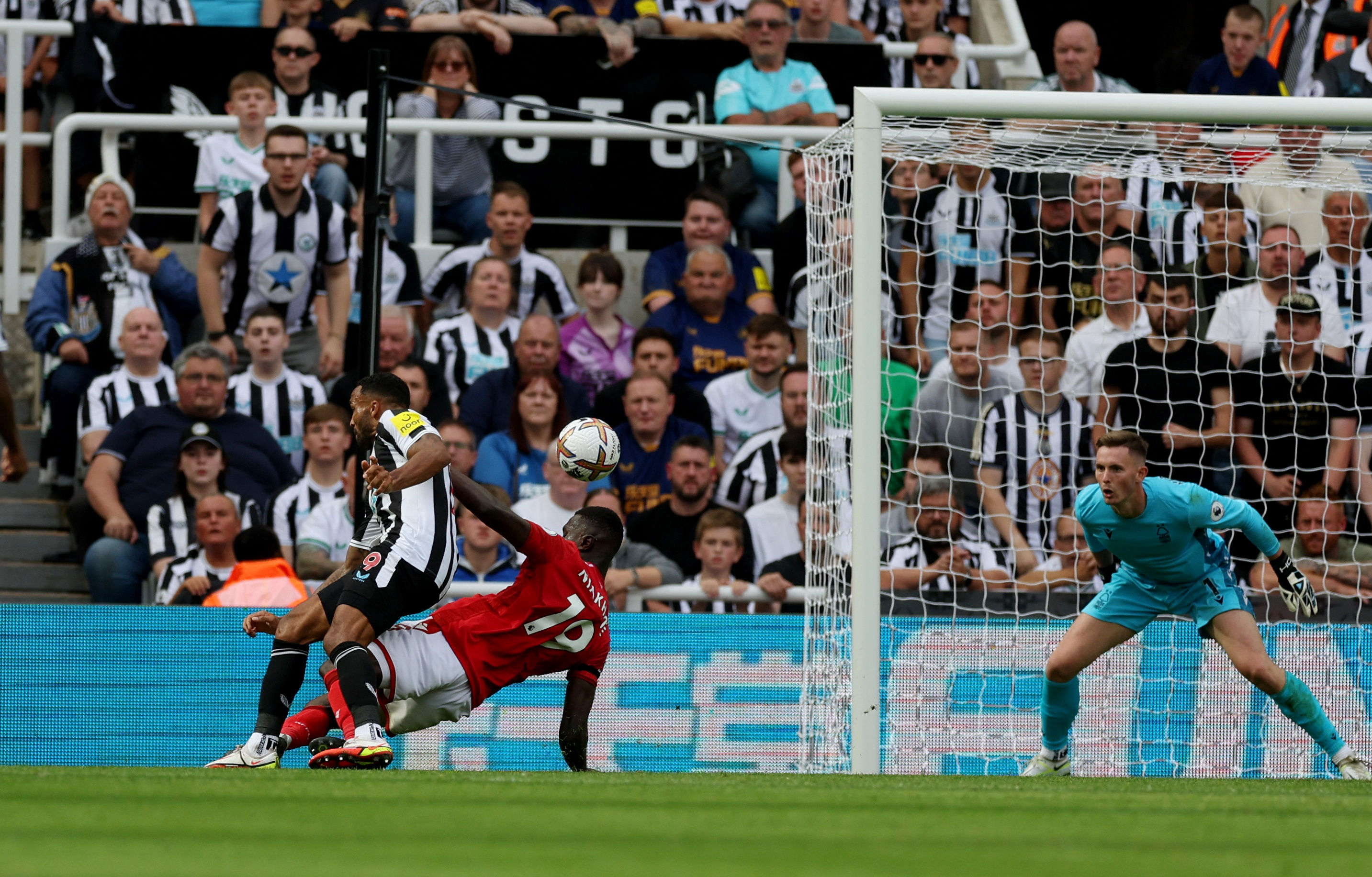 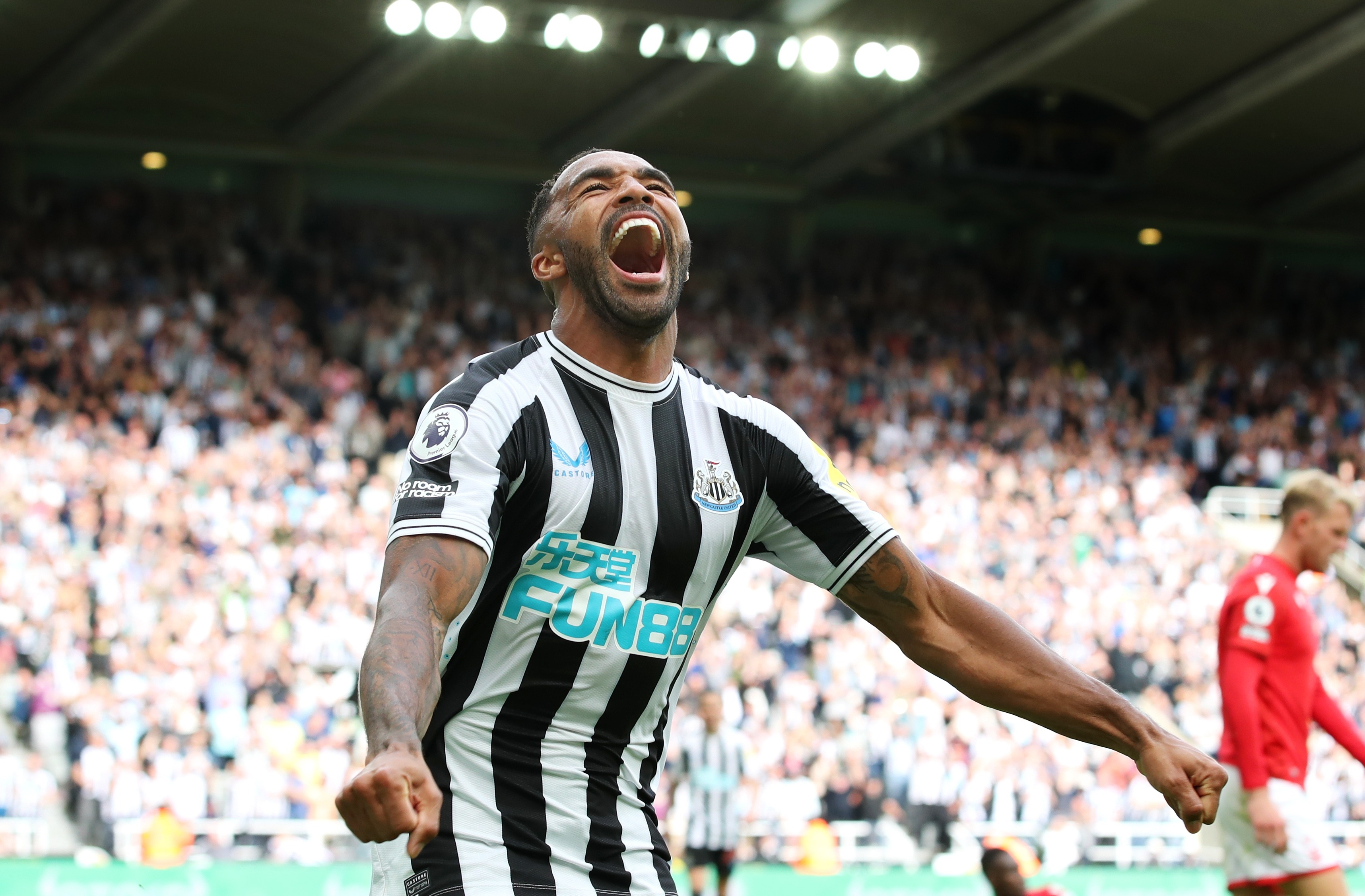 Picking up a cleared corner 30 yards out to the right, Schar advanced to the edge of the box and let rip with a screamer into the top corner of Dean Henderson’s near post.

Forest didn’t have many chances but Sam Surridge nodded a great opening into the ground and wide moments later.

And it proved fatal with Wilson’s cute finish from Joelinton’s low cross ensuring it was a miserable Prem return for the Midlanders.

Toon are up and running in the best possible way, carrying over their stunning form from the second half of last season.

Barcelona close in on Lewandowski, Messi DISAGREEMENT with Mbappe over Neymar

Eddie Howe unsurprisingly went for Nick Pope over Martin Dubravka in goal, but new £35million centre-back Sven Botman had to do with a place on the bench.

Cooper has ripped up the Forest squad from last season, splashing £82m on 12 players as a host of his play-off heroes left.

Jesse Lingard’s arrival on a freebie was of course the most eye-catching, and the England midfielder – who was denied a January move to Tyneside by former club Manchester United – was straight in from the start.

The Gallowgate was channelling a bit of Nina Simon with a giant flag reading ‘It’s a new dawn, it’s a new day, it’s a new life for NUFC…and we’re feeling good’.

And the chipper Geordies were all over Forest from the off.

Yet despite six corners inside the opening 20 minutes, all the territory and 14 shots – some of them gilt-edged  – Cooper’s newbies were holding on at 0-0 by the break.

Reborn midfielder Joelinton had the best of them, dancing past Joe Worrall and Moussa Niakhate with a stunning run from 40 yards out before firing inches wide.

Allan Saint-Maximin can do a lot of things on a football pitch yet heading is clearly not one of them.

Miguel Almiron put it on a plate from the right, with the French winger somehow not connecting from four yards with the goal gaping.

Forest had their first big chance back in the big time after 39 minutes when Saint-Maximin gave it away in his own half.

Lingard was anonymous until then but when slipped in by O’Brien, the travelling fans way up high went silent in anticipation of the net bulging.

The low effort looked like it was heading but Fabian Schar raced across with a brilliant last-ditch block.

St James’ Park fell flat at the start of the second half but soon exploded back into life when Schar’s stunner put the Mags ahead 58 minutes in.

Forest cleared a corner out to the defender 35 yards out but nobody could have predicted what happened next.

Advancing to the right edge of the box unchecked, he then let fly with an absolute rocket into the top corner of Henderson’s near post.

Forest didn’t go under though and had a great chance to equalise moments later, only for Sam Surridge to nod Neco Williams’ excellent cross into the turf and wide.

And it was 2-0 with 12 minutes to go after Wilson’s ingenuity.

Joelinton made it by winning the ball high up and getting it back after a couple of passes before pinging in a low cross.

A slight deflection took the pace off it but Wilson used the outside of his right boot to superly steer it beyond Henderson. 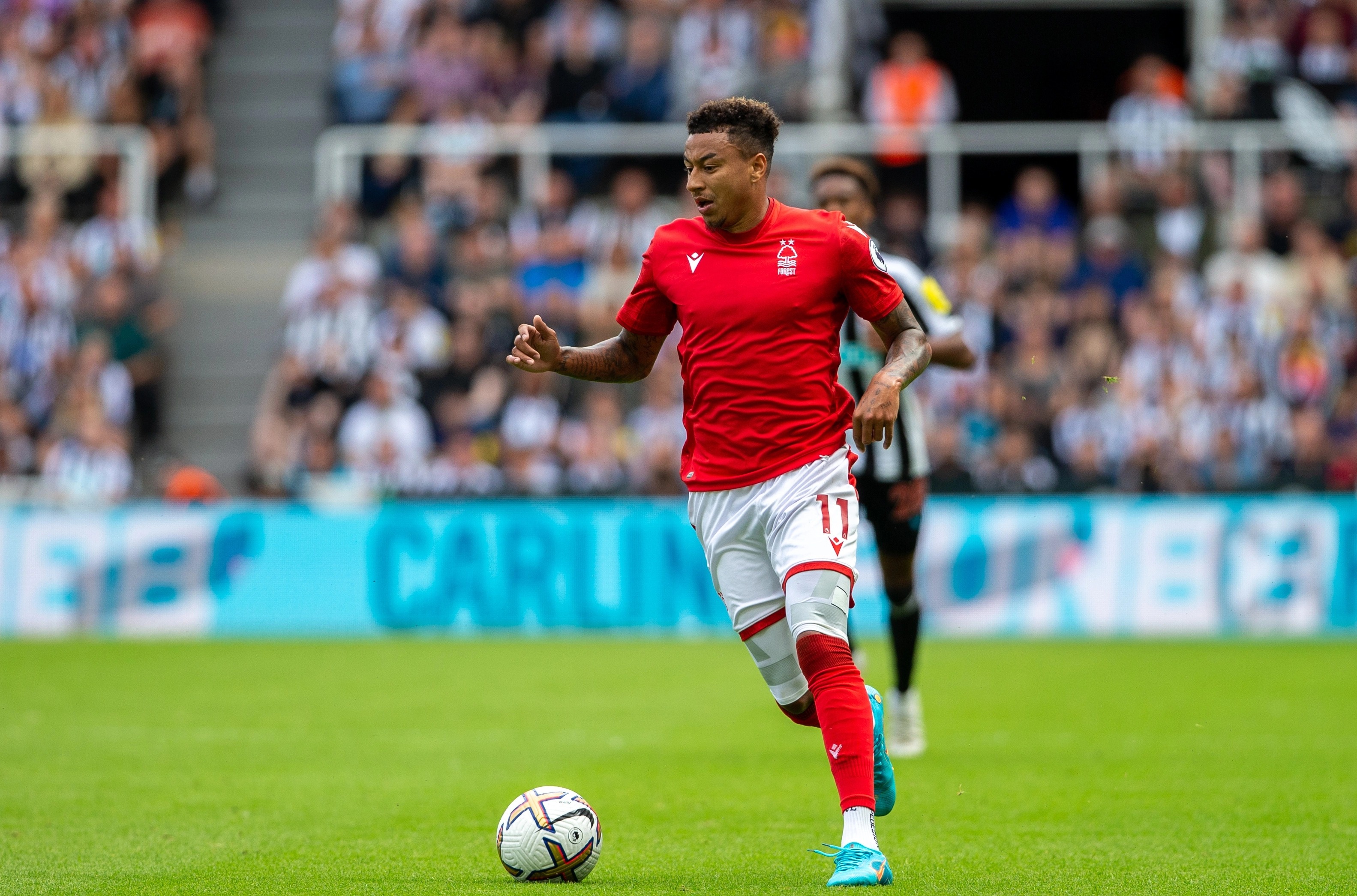 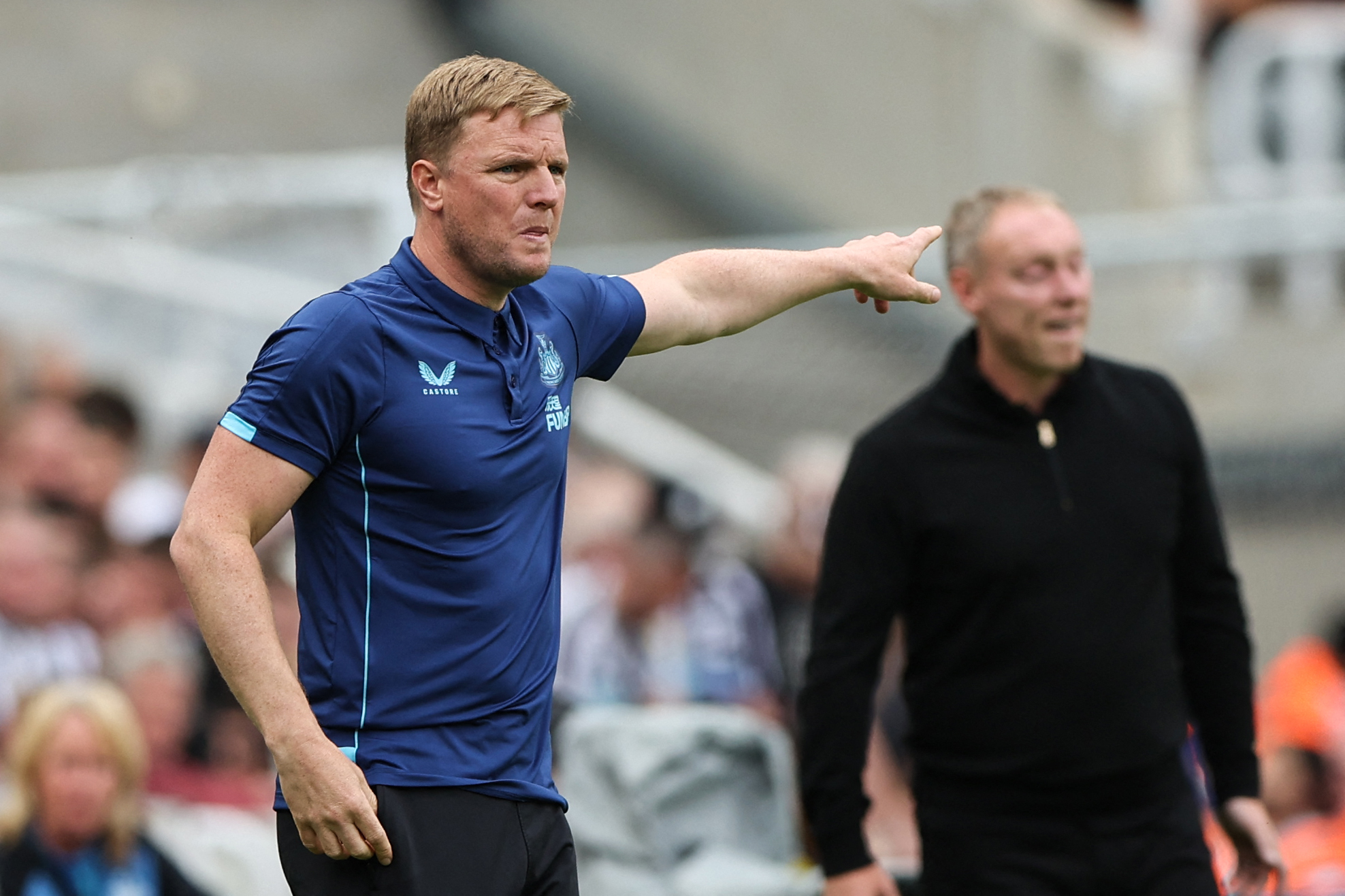