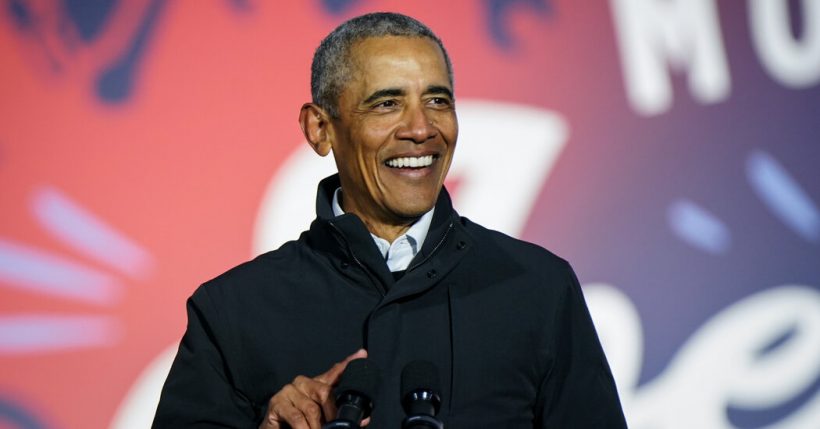 Former President Barack Obama is forecasting some first-round upsets but only limited chaos late in the men’s and women’s tournaments.

In the brackets he released on Thursday, the former president chose Gonzaga to win the men’s title, with a Final Four rounded out by the other No. 1 seeds: Baylor, Illinois and Michigan. In the women’s tournament, Obama predicted No. 2 Baylor would win the national championship after a Final Four that would include top seeds Stanford and North Carolina State, as well as No. 2 Maryland.

Obama expects eight upsets in the first round of the men’s tournament, including No. 12 U.C. Santa Barbara over No. 5 Creighton and No. 13 Ohio over fourth-seeded Virginia.

And while it was not an upset pick, he predicted that No. 5 Tennessee would beat No. 12 Oregon State, where his brother-in-law was the men’s basketball coach for six seasons.

In a bracket that pitted Gonzaga against Illinois for the men’s title, there was at least one sign of a second thought. In the South region, Obama crossed out No. 9 Wisconsin as a first-round pick and instead went with No. 8 North Carolina, which won a title during his presidency.

The former president’s crystal ball was, apparently, a bit clearer for the women’s tournament, which will begin on Sunday in Texas: No scratched-out picks. But he saw eight more first-round upsets, including No. 10 Michigan State over No. 7 Iowa State and No. 11 South Dakota over No. 6 Oregon.

But even Obama’s picks sometimes laughingly bristled over his predictions.

“Of course, we have ourselves beating anybody we go against,” Arella Guirantes, a guard for Rutgers, said on Thursday. “But it’s cool to see him picking us in the first round.”