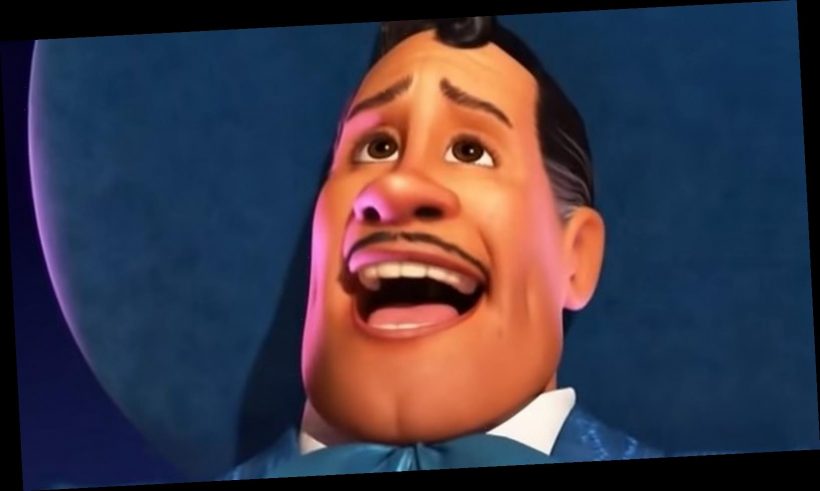 When most of us think of our favorite Pixar movies, we probably don’t think of the death scenes. After all, Pixar is famous for its family-friendly animated films that offer valuable lessons about life for their viewers. However, there are actually quite a few deaths throughout Pixar’s many films. While some are incredibly moving, others can be quite traumatizing, especially for young kids. We all remember crying through a certain scenes in Coco or The Good Dinosaur. And how could we forget how villains met their ends in Pixar’s more action-packed movies?

We’ve looked back at some of the most memorable death scenes in Pixar history to find out what the characters actually said in their final moments. It turns out, there are some pretty iconic, albeit distressing, final lines in Pixar movies — and most of them are a lot more meaningful than you may have initially realized.

Syndrome shouted this at the heroes in The Incredibles

Pixar’s The Incredibles was filled with some seriously iconic lines — and most of them belonged to the legendary Edna Mode. In one of her memorable lines, the superhero costume designer told Mr. Incredible, “No capes!” She explained that capes were too dangerous, as they always got caught on something, resulting in grizzly deaths.

Well, Edna was clearly onto something. At the end of the movie, after a battle, the Incredibles escape villain Syndrome, and he yells, “This isn’t the end of it. I will get your son eventually. I’ll get your son!” Mr. Incredible casually tosses a car towards Syndrome’s plane, and, seeing what’s happening, Syndrome quietly says, “Oh no.” He gets knocked onto the wing of the plane, and, as Enda warned, his cape sucks him into the engine and he meets a terrible fate.

As Seventeen pointed out, one fan theorized that Edna had designed Syndrome’s suit, too — which would mean that she could have given him a cape on purpose. Maybe she’s the real hero of the movie.

The Good Dinosaur tells the story of a young dinosaur, Arlo, who is crippled by his fear. When Henry, Arlo’s father, takes him on a journey alongside the river, where Henry explains to Arlo that he just wants him to get past his fear. Unfortunately, a tragic accident soon occurs.

In his final words, Henry says, “I know you have it in you,” adding, “You’re me and more.” He then decides to head back home, saying, “I think we went far enough today. The storm’s getting worse. Let’s get you home.” Suddenly, the storm becomes much, much worse, and a huge wave of water is seen making its way towards the two dinosaurs. “Run, Arlo!” Henry screams, before tossing his son to safety. Sadly, Henry can’t get out of the way, and he is swept up by the wave.

While this tragic Pixar moment seems to be the end for Henry, Raymond Ochoa, who voiced Arlo, told HuffPost, “They always leave it open. In some movies, such as The Lion King, you see Mufasa die, but in this movie you really don’t. He’s swept away, so there’s always the opening to bringing Poppa back.”

The Pixar movie Coco follows a young Mexican boy who dreams of becoming a musician and travels to the Land of the Dead. On his journey, he meets his idol, Ernesto de la Cruz, a famous singer. It turns out, Ernesto isn’t exactly who he says he is.

The villainous singer actually dies twice in this movie. The first time, Ernesto dies when a huge bell falls on him at the end of a performance of his hit song “Remember Me.” His final words are the lyrics of the song, “Until you’re in my arms again, remember me.” He is then sent to the Land of the Dead. As Den of Geek noted, this first death definitely foreshadows that he’s “a total bell-end.”

The second time he dies, Ernesto’s skeleton is taken by a spirit monster and flung out of a stadium where he had been performing “Remember Me.” Inevitably, he is flung straight into a huge bell, which then crushes him once again.

Charles Muntz yelled out these final last words in Up

Up tells the story of an old, widowed man, Carl, who turns his house into a makeshift hot air balloon with thousands of helium balloons. The old man sets off for Paradise Falls, a remote location in Venezuela, with Russell, a young boy who accidentally comes along for the ride. Carl soon meets his childhood hero, explorer Charles Muntz, but Muntz turns out to be a villain who wants to take a rare bird home with him. Ultimately, Carl decides to rescue the bird for Russell’s sake.

As Carl tries to escape Muntz’s gigantic flying Zeppelin, the two old men get into a fight. The final words Muntz screams are, “Enough! I’m taking that bird back with me — alive or dead!” However, Carl, Russell, and the bird get away just in time, while Muntz accidentally falls to his death. It turns out the bird wasn’t the one who was going to die — it was Muntz!

As Roger Ebert wrote in his review of the Pixar movie, this final battle may have seemed like your average animated fight, but it really meant a lot more. “There are stakes here, and personalities involved, and two old men battling for meaning in their lives.”

Since Coco is largely set in the Land of the Dead, it naturally features a lot of, well, dead characters. One of these characters is Hector, who turns out to be the young protagonist’s great-great-grandfather. He also turns out to be the original author of the song “Remember Me,” a song that the villain Ernesto de la Cruz steals. Before Hector dies, he is Ernesto’s partner, responsible for writing their music. However, when he decides to return home to his family, Ernesto panics. In a shocking scene, Ernesto pours Hector a poisoned drink so he can steal his songs and his guitar. Hector’s final words are, “I’m going home, Ernesto. Hate me if you want, but my mind is made up.”

Of course, he never makes it home. The audience even sees him collapse in the street. Plenty of critics were shocked by the scene. As a reviewer for CinemaBlend wrote, “I found the decision to include [this scene] in this way an incredibly brave move from Pixar and director Lee Unkrich. It’s a powerful moment, not just in Coco, but in animation.”

Here are Hopper's last words in Pixar's A Bug's Life

A Bug’s Life is an older Pixar film that tells the story of a colony of ants. In order to pacify the local grasshoppers, the ants must collect food for them every year. When Flik accidentally loses all of the food, he is banished from the ant colony. However, he returns with a pretend bird contraption operated by ants and designed to frighten the grasshoppers away. His plan almost works, but Hopper, the lead grasshopper, finds out. He’s just in the middle of threatening Flik… when a real bird shows up.

“Well, what’s this? Another one of your little bird tricks?” Hopper exclaims. “Are there a bunch of little girls in this one, too? Hello girls!” Sadly for Hopper, this bird is real. She grabs him and drops him into her nest where he is devoured by her three babies. Yikes, quite a grizzly death for a kids’ film!

Nemo's mother, Coral, was thinking about her family

Finding Nemo starts with Marlin and his partner, Coral, happily chatting about their future. They’ve just moved into a new home, and they have what look like hundreds of eggs. The pair couldn’t be happier. In their exchange, Coral and Nemo discuss baby names. Marlin suggests naming half of the baby fish Marlin Jr. and the other half Coral Jr. Coral muses, “I like Nemo.” The happy couple then joke around, with Marlin teasing, “You remember how we met?” Coral replies, “Well, I try not to,” and he jokingly chases her around. Suddenly, everything goes quiet — there’s a barracuda right outside. Coral jets down to protect her babies and, sadly, she and almost all of the eggs are killed.

As director Andrew Stanton explained to CinemaBlend, Coral’s death was important to the story. “The other thing is that not everybody is a parent, but I knew what I wanted was everybody to be empathetic to what it’s like to be a parent. … In my mind [Coral’s death] was necessary to get into that state.” It’s safe to say that watching Coral’s final moments definitely got most viewers feeling pretty empathetic to Marlin and his only remaining egg!

Mama Coco's final words will made you cry

The final death in Pixar’s Coco is definitely bittersweet, as it’s of the elderly matriarch of the family, Mama Coco. Coco, Miguel’s great-grandmother, was the daughter of Hector, whom Miguel meets in the Land of the Dead.

In the movie, Coco seems to be suffering from dementia. However, by the end of the movie, she remembers her father when Miguel returns to the land of the living and sings Hector’s song “Remember Me” to her. As one fan wrote for The New York Times, “The repeated occurrences of ‘Remember Me’ are not just a clever play on the movie’s themes of recollection and family … ‘Remember Me’ is a gut punch, that fittingly lingers long after it’s gone.”

Sadly, Mama Coco dies shortly after this scene, and her death is bittersweet. The last words we hear from her are, “I kept his letters, poems he wrote me.” She went on, “Papa was a musician.” It’s touching to see Mama Coco remembering her father and, as the movie suggests, keeping him alive in her memory.