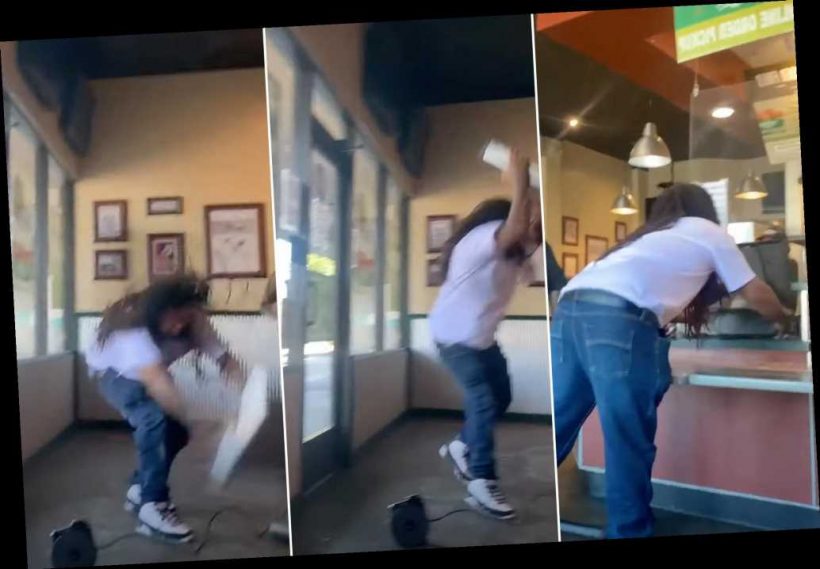 Sins of the father? Biden inauguration priest and family friend under probe

California shout down: No screaming on roller coasters under state’s COVID-19 plan

Never get between a man and his wings.

An infuriated customer caused a flap at a chicken wing chain in California after the restaurant was too slow to remake his order and then refused him a refund, according to video and other startled customers.

The fiery footage from inside a Wingstop in Antelope shows an enraged man ripping away a cash register and slamming it to the ground. He then picks up the equipment and tosses it through the restaurant’s window, the clip shows.

Another man inside the store said he also witnessed the fowl play when going back to the Wingstop to pick up some ranch dressing for his order.

“That’s all I came for, was some ranch, OK?” Tharon Trujillo, who captured the chaos on his cellphone, told KTXL. “I guess they mixed up on his order twice. He was arguing. He was like, ‘Hey, can you get my food remade?’ They said, ‘Yes, we’re remaking it.’”

About five minutes later, Trujillo said the man apparently had reached his limit.

“He’s like, ‘The food is still not done? I don’t want you guys to spit in my food or whatever, give me my food back,’” Trujillo continued.

An employee then tells the man he has to wait for his order to be remade since they could not give him a refund — and asks him to “stop yelling” at another worker, setting the unsatisfied customer off, video shows.

“What the f–k do you mean you can’t give me my money back?” he screams after slamming the register into the ground and then tossing it through the restaurant’s front window.

The restaurant has a refund policy that requires customer to call corporate offices first to request money back for online orders, KTXL reported.

“Now I know it was an online order,” Trujillo said. “I guess there’s no refunds on online orders … I was like, ‘Dang, really? Over $12 wings or whatever it was.”

No injuries were reported during the incident. A Wingstop manager told CBS Sacramento the irate customer was upset after several wings were missing from his order.

“It’s definitely shocking and overcompensating for five wings,” another customer, Jason Prado, told the station. “But I understand his anger, definitely not his actions.”

The man caused at least $6,000 worth of damages to the restaurant, not including the price to fix the shattered window. The restaurant was in the process of filing a police report on the felony vandalism Wednesday, according to CBS Sacramento.