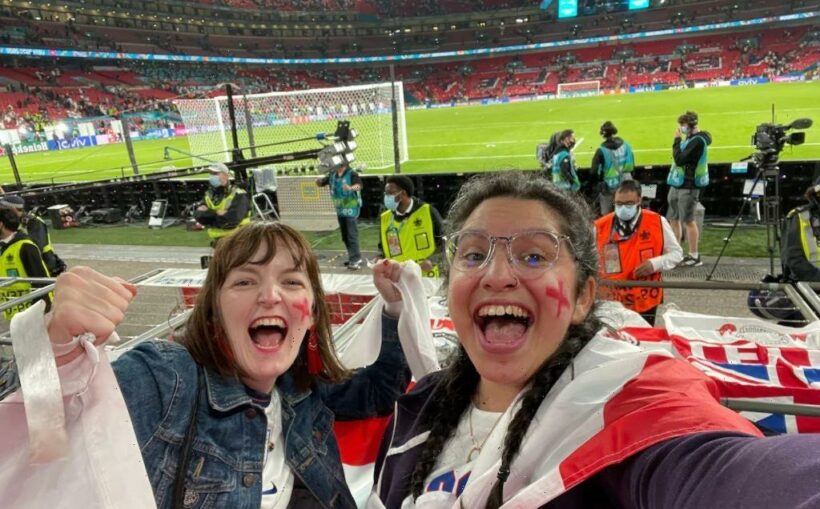 Nina Farooqi found herself in hot water after cameras caught her and her friend jumping and screaming after the ball hit the back of the net. 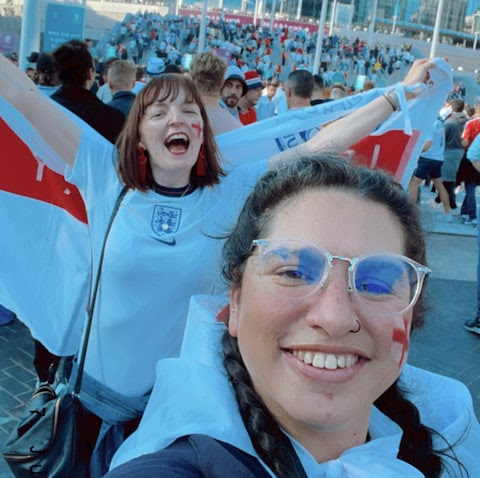 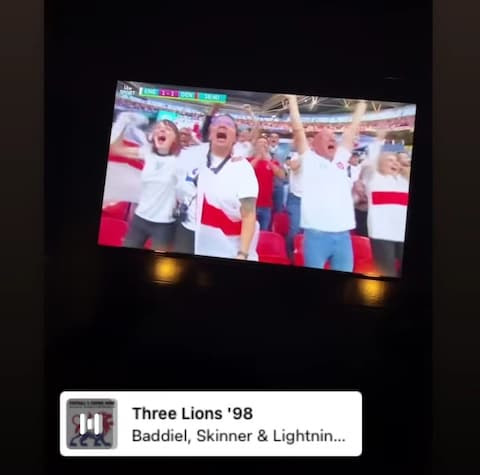 The 37-year-old had wrapped an England flag around her and was seated right behind the goal at Wembley for the magical moment on Wednesday night as the Three Lions defeated Denmark.

But she was brought back down to earth with a bump when her boss called her the morning after to fire her for going to the historic game.

Nina, from Ilkley, Bradford, had pulled a sickie to go to the game with her pal who had won a last minute ticket in a ballot.

Speaking to The Telegraph, Nina said: "It’s mixed emotions: we’re through to the final, I’m still on that high, but I’ve also lost my job.

"My friend won the ticket in her work ballot, and knew I'd do anything to get to the game – there was no way I was going to turn it down.

"This hasn’t come around since 1996, I vividly remember crying on my mum's sofa when Gareth Southgate missed his penalty, and the football fan in me just couldn’t do it. Football is my life." 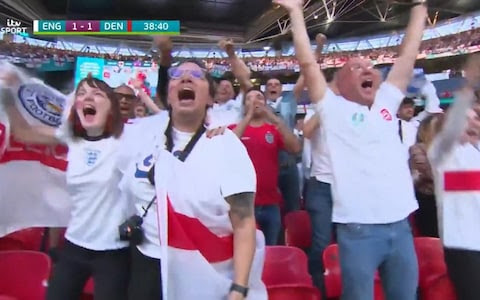 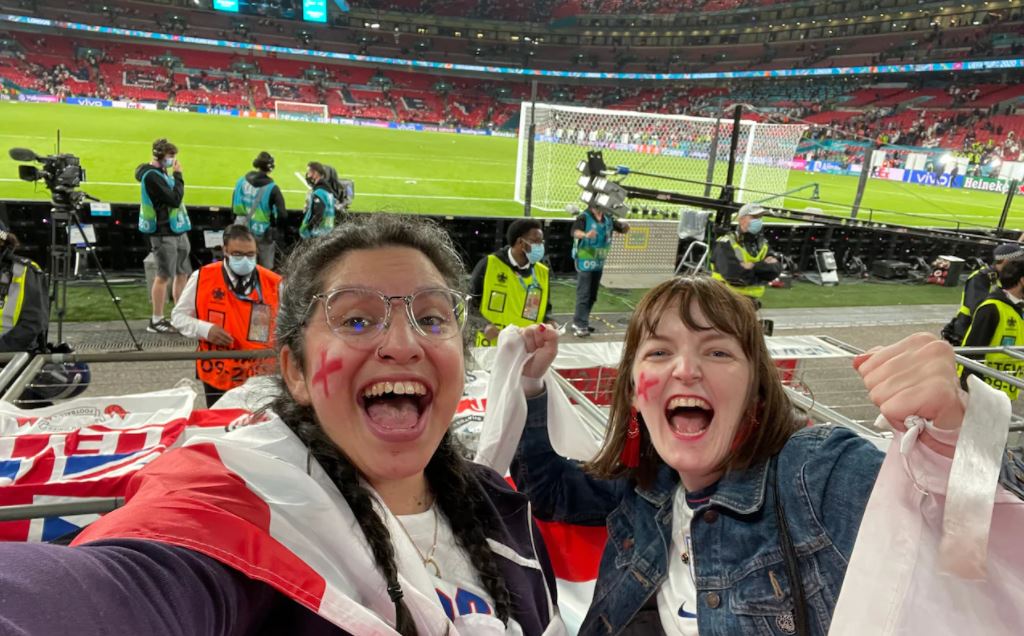 The huge footie fan thought that it was unlikely that her work would approve her last minute day off as they were short staffed.

She was nervous after realising that their seats were right behind the goal, but thought that in a crowd of 66,000 people she might get away with it.

But after checking her phone at half time, when England scored their equaliser, she realised that her cover had been completely blown.

Nina said: "We were all over the news, my face was on every television screen across the world – I had friends from Australia and America telling me they’d seen me.

“I was even on Stacey Dooley's Instagram story. My phone blew up. The whole world had seen me celebrating. The rational part of me thought, 'oh no, is this going to come back to haunt me?'"

Despite rushing back to Yorkshire on the 6am train, Nina was told not to bother coming in as the bosses at her office had spotted her.

She added: "They said they’d seen I’d been at the game, and I was honest about why I did it. But I didn’t get any sympathy at all and they said that's it.

“That’s their call and the consequence of what I did. There is a bit of regret, no one wants to get fired, but then also I would have hated the regret of missing out. I’d do it all over again."

Farooqi also undertakes work as a freelance photographer and video producer in men's football and across the Women’s Super League.

She said that her friends within the footballing community have been fully supporting her since she lost her job.

Nina said: "They have all been incredible, and it will be incredible to watch the final with them on Sunday at home."

The company Nina worked for said they had "no choice" but to sack her.

Charles Taylor, director at Composite Prime, said:  “It’s an exciting time for everyone in England and given the opportunity, we would have encouraged attendance to such an important football match. Unfortunately on this occasion our employee lied, taking one day off sick to attend the football match.

"This was in breach of her employment contract and so we had no choice but to take the appropriate action.  As a business we value honesty and integrity, and we don't tolerate any employee taking advantage of our policies.

"Like many businesses will be doing across the county, our staff will be having Monday morning off to hopefully recover from celebrating an England win.”