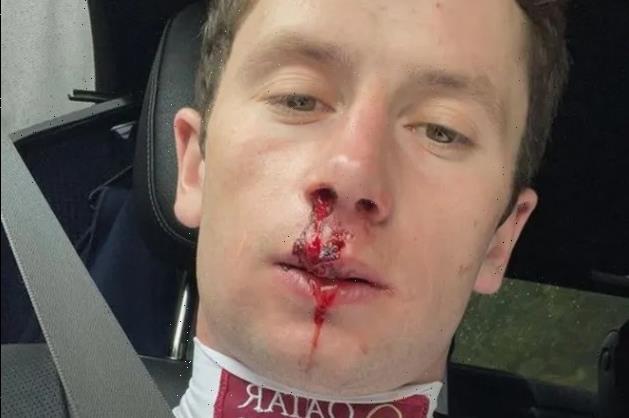 OISIN MURPHY has posted a photo of his bloodied and battered face amid his epic jockey title fight with William Buick.

The Irishman, 26, holds a four-win lead over his nearest challenger at the time of writing. 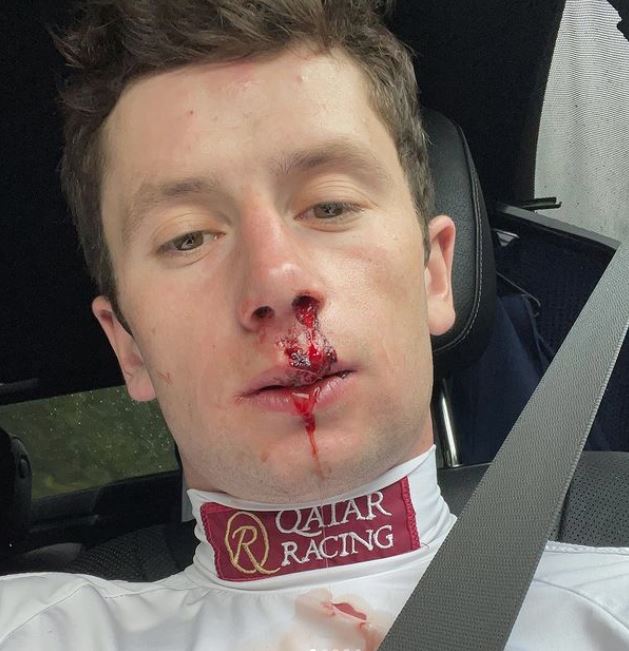 But that could all change by the close of play today with both in action at Nottingham.

Buick, 33, has the favourites in the first two contests, while Murphy has the market leaders in the next two.

All Murphy has to do to claim his third straight Flat jockey championship crown is stay one step ahead of Buick, who in a bizarre twist of fate lost three crucial rides on Monday.

Saying that, Murphy lost his own mounts following a failed breathalyser test at Newmarket last Friday.

The reigning champ apologised to all those he 'let down' – 24 hours before winning the big Cesarewitch handicap on Nicky Henderson's Buzz.

Just over a week before that Murphy was rushed to hospital after a freak paddock incident left him needing stitches.

Murphy had just got the leg up on Oasis Gift when the horse bolted off and unshipped him, sending him flying through a rail.

Video showed the moment the jockey's face smashed into the barrier as the horse crashed through it and ran off before eventually being caught.

Murphy tweeted afterwards: "Thanks to all the medical staff @salisburyraces + the hospital @NHSEnglandLDN.

"I’ve had a few stitches to my lip + face. I’ve been discharged already.

"Very grateful to their work and all the kind messages."

It would appear the selfie Murphy posted to his 58,000 Instagram followers came after that terrifying incident.

And he wrote alongside this latest photo: "150 winners + I hope some more before Saturday @ascotracecourse.

"Rollercoaster ride along with some very fast horses."

Murphy and Buick's titanic season-long battle looks like it will come to a thrilling end at Ascot on Saturday.

Both will be in action in the Flat racing finale, with Murphy 4-9 to win the title and Buick 7-4. 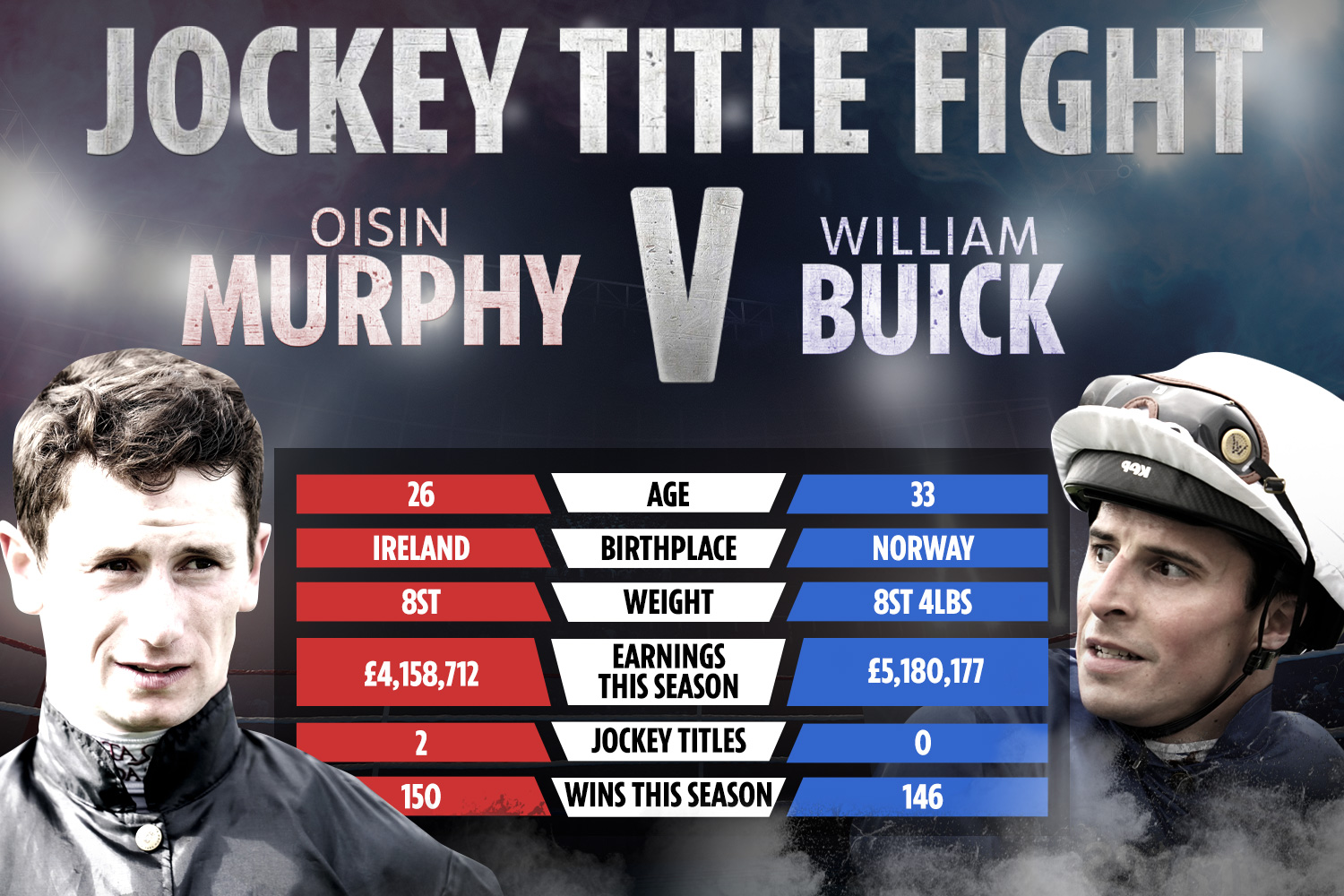