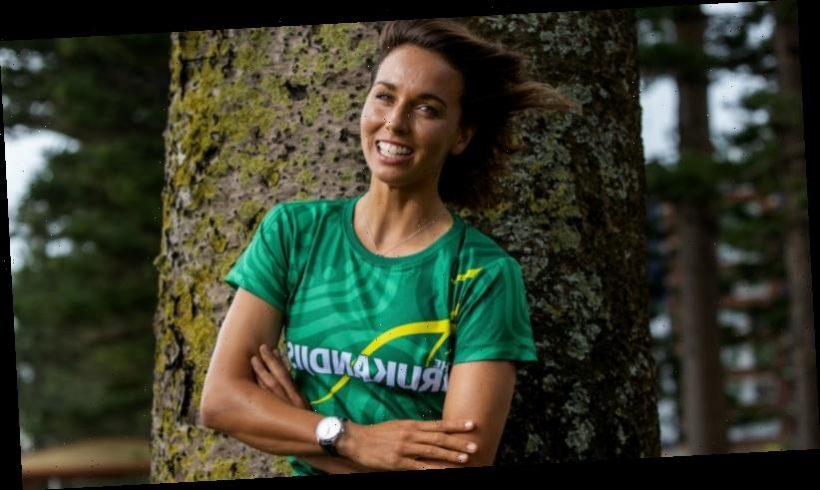 Champion surfer Sally Fitzgibbons was just 10 years old when she was in the stadium to watch Cathy Freeman claim gold at the 400m at Sydney Olympics.

Witnessing her favourite athlete become an Australian legend, Fitzgibbons should have left feeling utter elation. Instead, she left the stadium in tears. 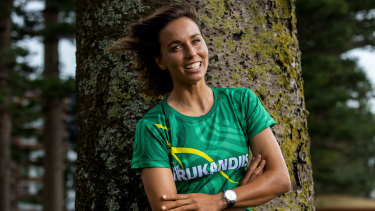 Fitzgibbons, 30, said the moment with Freeman happened during a visit to Surfing Australia’s high-performance centre in Casuarina in 2018.

“There was a moment where they asked if there were any questions. I had my marker and my hat, and I went up to ask if she would sign it.

“I started crying, I just lost it. I was just so overwhelmed. I got my hug and she wished me all the best. That’s how it all played out.

“She made me feel very welcome and warm, she’s a true champ.”

Now attempting to become an Olympic champion at the Tokyo Olympics this year, Fitzgibbons said she still attributes watching Freeman in her formative years to her success. 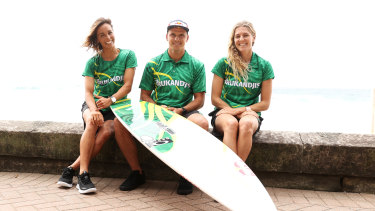 Fitzgibbons will be heading over to Japan in the coming months to compete at the Games, alongside fellow surfers Stephanie Gilmore, 33, and Julian Wilson, 32.

The 2021Games will be the first time surfing will be included in the Olympics, alongside skateboarding and rock climbing.

Wilson said the opportunity to be going to the games for surfing was something he had never dreamed of as a kid.

“Growing up, I loved watching the Olympics … but I grew up skating, surfing and riding motorbikes and sports that didn’t have a trajectory towards the Olympics,” he said. “So to get the opportunity to be going to the Olympics and pioneering surfing into the Olympics, for the first time, it’s pretty special.”

The sport will be making its Olympic debut at Tsurigasaki Beach which is roughly 100km away from the Olympic Stadium.

Seven-time world champion Stephanie Gilmore said while she would have “loved” to compete in a wave pool in the middle of the Olympic Village, she understands why the decision was made to have the athletes surfing in real waves.

“I respect the Japanese Olympic Committee wanted to really show surfing in its most authentic form, and that is to surf at the beach,” she said.

Surfing legend and now chair of Surfing Australia Layne Beachley said she was excited to see surfing taken seriously as a sport, despite not getting the opportunity to compete in the Olympics herself.

“When I see the tenacity, the competitive spirit, the raw talent, and the athletes that we have in the pathway now; it feels me with immense pride and satisfaction because we fought for that,” she said.

“If all those battles amounted to nothing, I’d be bitterly disappointed.”

Sports news, results and expert commentary delivered straight to your inbox each weekday. Sign up here.