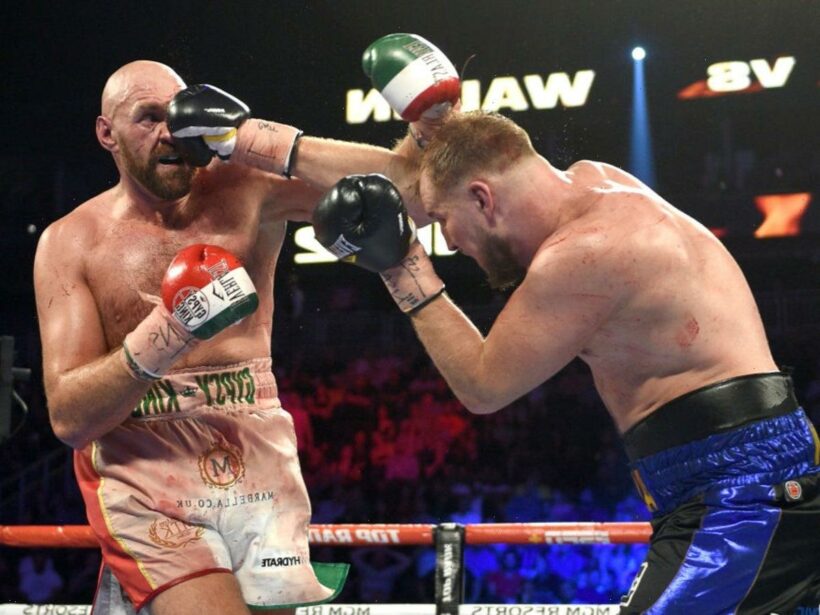 Wallin’s only professional defeat came at the hands of Fury in 2019 but the contest was far closer than many expected, with the Swede opening a huge cut above the Gypsy King’s eye that almost caused the fight to be stopped.

Wallin has since returned with back-to-back victories in the US and faces Whyte in London on October 30 for the WBC interim title, with the winner first in line to face Fury in 2022.

Speaking to Sky Sports, Wallin’s promoter, Dmitriy Salita, said: “Out all the great fighters that Tyson Fury beat the one fighter that gave him most trouble, caused most controversy with the cut, who landed more punches than Wladimir Klitschko and Deontay Wilder in their first fights combined is Otto Wallin.

“Otto had two impressive wins since that outing and a win over Whyte would make him the most eligible opponent for Fury and in my mind the second-best heavyweight in the world based on merit.”

“Otto is still getting better. The fight with Whyte is a big test and a massive opportunity to get the rematch with the WBC heavyweight champion.”

Whyte has been pursuing a world title shot for over three years but those plans were sent into disarray when he suffered a surprise knockout defeat to Alexander Povetkin. The 33-year-old avenged that loss in March but remains wary of succumbing to another upset.

“Wallin is a dangerous operator – he pushed Fury all the way,” Whyte told Sky Sports. “I am looking to fight Fury next if everything goes according to plan. I’m always up against it, I’m always in hard fights. I’m used to it.

“I could pull out of the Wallin fight just to fight Fury but that isn’t my mindset. I can’t wait around for what Fury is doing. My mindset is that I’ve got nothing to lose. I’m not scared to take risks. They see danger in fighting me.”