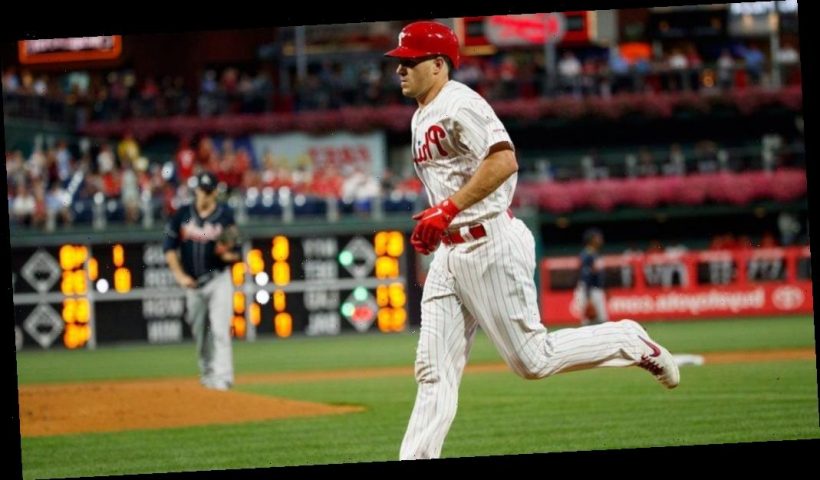 J.T. Realmuto has decided to return to the Philadelphia Phillies.

According to Craig Mish, the Phillies have signed the All-Star catcher to a five-year contract worth $115.5 million.

Jim Salisbury of NBC Sports Philadelphia confirmed the deal, while noting that Realmuto now holds the largest average annual value ever for a catcher ($23.1 million).

It’s also the third richest contract ever handed out to a catcher. The record is currently held by former Minnesota Twins All-Star Joe Mauer, who signed an eight-year extension worth $184 million in 2010.

San Francisco Giants superstar Buster Posey holds the second largest catcher contract ever. In 2013, he signed an eight-year extension worth $159 million after leading the Giants to their second World Series in three years.

A two-time All-Star, Realmuto was acquired by the Phillies in a blockbuster trade with the Miami Marlins during the 2019 offseason. Realmuto earned All-MLB First and All-MLB Second team selections in 2019 and 2020, respectively.

The Phillies haven’t reached the postseason since 2011. They have spent a lot of money in free agency over the past two years, landing 2015 NL MVP Bryce Harper (13 years, $330 million) and starting pitcher Zack Wheeler ($118 million).

Now, they’re hoping that Realmuto’s long-term presence will end a 10-year playoff drought. The pieces are in place for the Phillies to contend in the NL East, and now is the time for them to finally break through.

NEXT: David Schwimmer Thinks Ross & Rachel Were On A Break